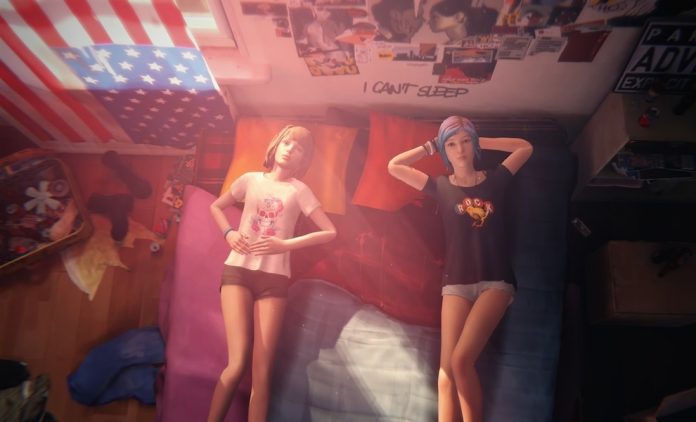 WARNING: This contains spoilers for the final episode of Life is Strange.

Life is Strange is not Max’s story.

True, protagonist Max Caulfield’s time-bending powers are instrumental in advancing the game’s plot, but it’s Chloe Price, her on-off-on best friend, who is the game’s emotional heart. So it’s only natural that the game’s most heartbreaking moment revolves around her.

In the game’s concluding episode, Max gets her moment of happiness, but more importantly, so does Chloe. Throughout the series you’ve been the observer of her pain, having been “abandoned” not one but three times. She thinks her new stepfather is the Antichrist, though they’re just as awkward and pig-headed as each other. In short, her life is a mess. But then something wonderful happens; something that’s easy to miss if you’re not in the habit of obsessively checking Max’s text messages. 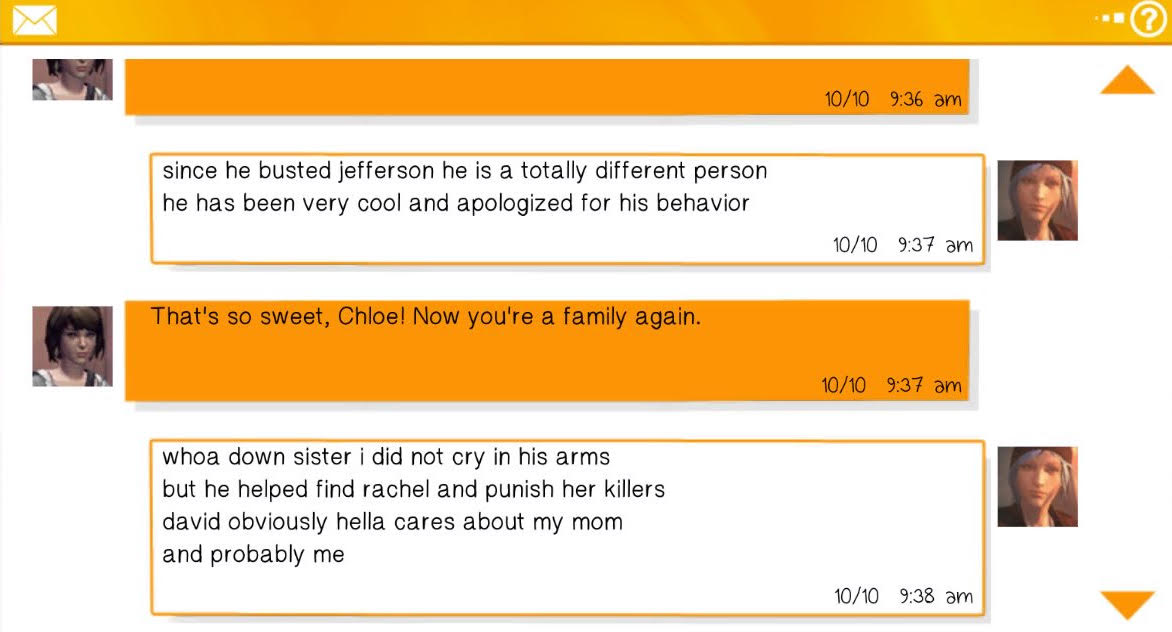 She’s happy. She’s actually happy, thanks in part to Chloe’s actions. It’s a beautiful moment; she gets the closure she was looking for and, after a much needed heart-to-heart she and David, her step-father, resolve their differences. Just seeing her refer to him as “step-hero” rather than “step-douche”, the title she bestows upon him for most of the game, is enough to bring a tear to your eye.  She dismisses Max’s assertion that she, David and her mother are a family again but that’s precisely what’s happened.

Yet, tragically, this is all we get to see of this version of Chloe, a girl who’s gone from being an angry ball of angst to someone who sees a little hope in the world. The same temporal meddling that brought her this happiness has created a localised apocalypse that threatens to obliterate Chloe’s home town. It’s unclear whether this version of Max has read Chloe’s texts but, intending to undo this disaster, she takes another step back in time. And like that, Chloe’s happiness is gone.

It’s a horrifically cruel twist, infinitely more heartbreaking than the game’s finale or any of the end-of-episode cliffhangers.  So much so that I gave serious consideration to never playing the game again, suspending that one glorious moment in time.  But the urge to see matters through to their unhappy conclusion was too strong and so, as Max, I stepped into the temporal vortex, robbing Chloe of her happy ending.

On reflection, I wish I’d never looked at those damn messages.