At first, you might struggle to figure out how to cooperatively hunt with friends in Monster Hunter: World. No worries, here’s a quick little guide on how multiplayer works in the game.

First thing you want to do is get acquainted with the Quest Board. There’s actually two of them in Astera, and they look like this: 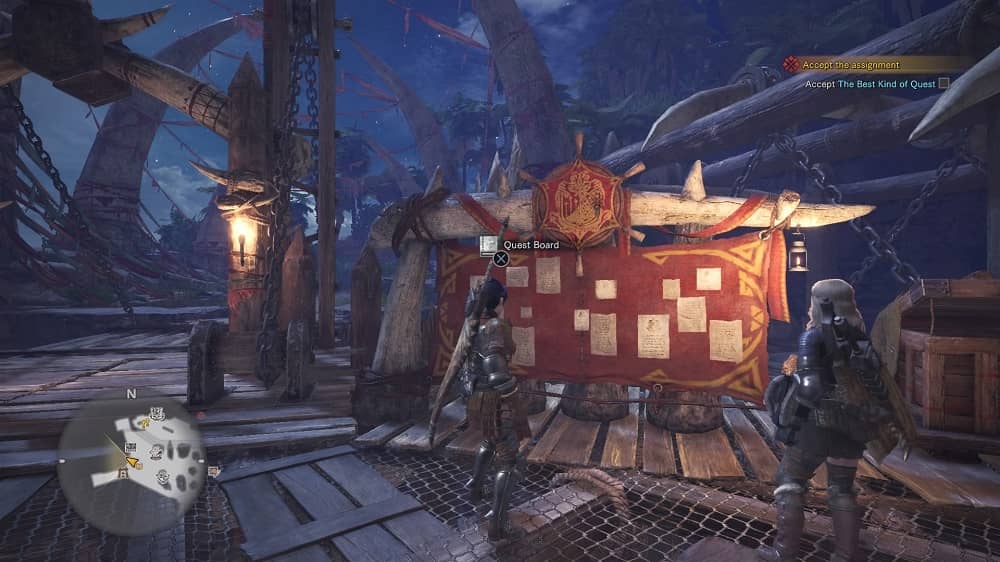 Accessing the Quest Board allows you to choose from three options – Post a New Quest, Join a Quest or Online Session. Posting a quest will take you to a screen to select the specific quest (either assigned or otherwise) and then tasks with selecting the parameters such as how many players and passcode enabling. Joining a quest will show you all available quests and all open SOS signals available in your lobby. Online Session has more customisable options which allow you to change player skill level, hunter rank, language, and privacy settings. You can also search for specific Squads (the Monster Hunter: World clans) if you’re in one.

When you enter a lobby, it’ll be filled with loads of fellow players. By heading to the options menu, scrolling to communication, and selecting the Player List you can see everyone in your lobby. Here, you can chat with other players, invite them to your Squad, check their equipment, and see who’s out on quests and who is in Astera. Within the same communication tab in the options menu, you can invite a friend to your lobby. Despite what you may think, creating a quest with a passcode won’t enable you to hunt with your friend(s) unless you are within the same lobby. If your lobby has no quests using passcode protection, you won’t be able to even input the PIN number passcode your friend posted.

After you and your friends have all joined the same lobby, one of you must post a new quest and enable the passcode. After the quest has been activated, anyone trying to join that quest can find it under the “Join a Quest” tab at the Quest Board. By following these steps, those entering the quest can then input the passcode and after a short bit, you’ll all be linked up together for some good ol’ fashioned monster hunting.

Difficulty scaling in multiplayer is not based on individual players. Four players are equivalent to two players and their Palicos. So don’t worry too much about massive amounts of difficulty scaling when partnering up with a full group of hunters. The other aspect of multiplayer you need to keep in mind is Hunter Rank. You cannot join missions that are a higher Hunter Rank requirement than your current rank, but you can work down. So, joining a Rank 10 missions as a Rank 2 hunter is impossible, but a Rank 10 hunter can join a Rank 2 mission.

That’s the basics for multiplayer in Monster Hunter: World and should be all you need to get you started. If you’re interested in creating a Squad of your own, head over to the Gathering Hub and speak with the Squad Manager. She’ll be right in the middle of the ship that makes up the Gathering Hub. Design you emblem, shape, and colour to make your group stick out! Keep an eye on GameSpew in the coming days for more information on Monster Hunter: World and happy hunting! 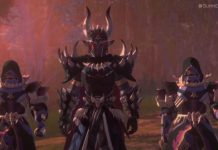