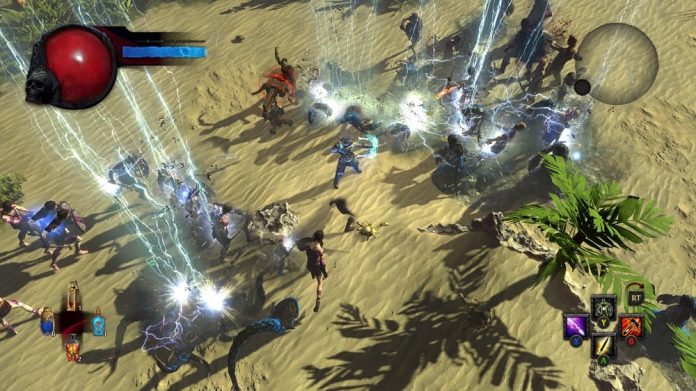 In Path of Exile, everything revolves around items.

From the currency to valuable skills, to areas players can access, which are item based. It can get said that Path of Exile — or PoE if you prefer — is a game about collecting items. At any rate, it’s important to figure out how to get these items, especially the ones used as currency.

Items used as currency in Path of Exile are most commonly “orbs,” but they’re not all orbs. The items’ main characteristic is that they’re quite common and that they change or modify other items when they get used. For example, the Armourer’s Scrap and the Blacksmith’s Whetstone improve the quality of armors and weapons respectively. Each of the items does something similar for other kinds of items, from changing rarities to reforging an item to change its properties. The exception to this is the Albino Rhoa Feather, which is not consumable, though there are hints that it might have a use in the future.

So, where do you get these items used as currency?

How to Get Path of Exile Items to Use for Currency

Items get obtained in a variety of ways: they can get dropped by monsters, or you can get them as a reward from chests. Also, items are sold by NPC vendors and might get bought or traded for a combination of different items. The exchange rates of these items are used by players to aid bartering.

Another way of obtaining these PoE items is to collect shards and fragments. In a nutshell, they are pieces of other items, so once you’ve collected a certain amount; they transform into a whole orb or scroll. Shards and fragments get gained when items are sold to vendors or are dropped by Harbingers.

Lastly, trading with other players will also let you obtain these items. It’s especially useful for high-levelled players, as they tend to earn the rarer orbs and those can’t get downgraded to the less rare ones. To determine if a trade is worth it vendor prices are a useful guide. However, it’s good to get reminded that barter isn’t just trading for what the item is worth, it’s also what the trader is willing to pay.

These are just the most common ones, but the wiki of the game lists more items that are gained only through leagues or special means, as well as the discontinued ones (e.g., Harbinger currency and essences). The world of Wraeclast and its economy is better experienced for yourself that’s if you’re up for the challenge. Path of Exile is not a game for the faint of heart, or for those who don’t like a challenge. In the end, it’s your decision to play it or not.

For more information, the game’s wiki might help. If not, then asking around or poking in the forums can be useful. Enjoy exploring, hunting, collecting, questing, bartering, and rising to the challenge. Walk the Path of Exile.