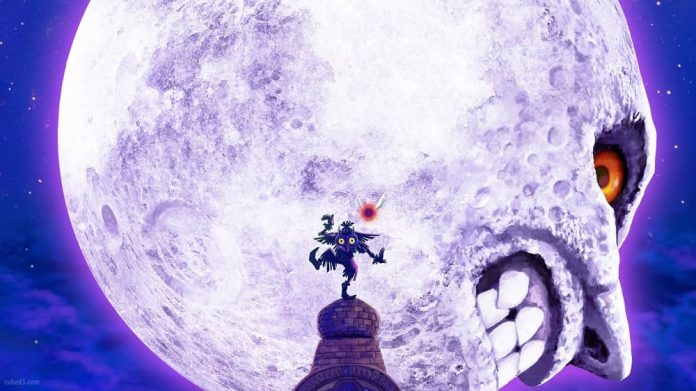 Horror games are the best. The tense, creepy atmosphere that builds over hours of play before reaching its pinnacle is a incredible feeling. I love being scared… but only when I am prepared for it.

It’s not only horror games that have managed to scare us, though. Oh no. Skulking in the shadows, unabashedly disguised as regular non-scary, non-horror games, are a number of titles waiting to lure us into a false sense of security, before freaking us out. There is nothing worse than jumping right out of your skin when you least expect it. Here are ten times games have done that to us.

Theme Hospital has got to be one of the best things that Bullfrog Productions created, and that’s saying something considering their incredible back catalogue. A hospital building sim with an amazing sense of humour that played beautifully, Theme Hospital has even aged pretty well due to the weird art direction that involved bloated heads and invisible men with walking canes.

However. Before you could get stuck into the charm of this amazing title you had to survive through the opening sequence — a funny little skit about a patient who is rushed in to be saved by a doctor. The doctor knocks nurses away in a slapstick manner before preparing his chainsaw for surgery. All very harmless and not scary. Until we discover that said patient’s bank balance is low. Then he is unceremoniously dumped into a pit. Cut to a terrified face, screaming as it fades to black.

It makes the already dark humour of Theme Hospital that much darker, and the younger me was thoroughly freaked out.

22. The death of the Amigos in Heart of Darkness

For a game called Heart of Darkness you’d expect to be scared at least somewhat. But the game turns out to be a platform puzzling romp through an alien planet with a quest that is simply to save your dog, Whisky. You do fight dark creatures, but all in all, they act in a silly manner rather than a scary one.

However, there are just too many times in this game where the creepy and dark overtone manages to override the slapstick humour. For one, the death animations are as brutal as they are funny; they make Crash Bandicoot’s death animations seem like a CBeebies animation. The thing that truly freaked me out, though, is when you see the friendly orange “amigos” attacked by the dark creatures, and one is horrifyingly turned into one. This is the only game that made me hide behind the sofa when my cousins played it — and they played Resident Evil.

There are parts of The Elder Scrolls IV: Oblivion that are intentionally creepy. The Dark Brotherhood isn’t supposed to be a walk in the park, for example. But there’s one thing in this game that freaks people out more than it should: the adoring fan.

Yup, that creepy, short gnome-like person who suddenly appears and then harrasses you non-stop. On paper, he really shouldn’t give you the willies like he does, but somehow Bethesda managed to perfectly encapsulate the stalker vibe.

Everyone knows what Minecraft is. It is a sweet game focused on mining resources and building all the things you could dream of. It is played by young children, teenagers and adults alike; surely there can be nothing creepy about this game Wrong.

When the day fades into night in Survival Mode, things really do take a turn for the freaky. With creatures like creepers wandering around, there’s obviously some intent to Minecraft‘s nighttime horrors, but the juxtaposition between the night and the day is so extreme it can really take you by surprise. One minute you are happily mining away, and the next you’re running for your life while the grumbles and hisses of monsters echo through your ears.

It wouldn’t be that scary if this was a gradual transition into the monsters of night, but the fact it happens so suddenly makes you more scared than you ought to be. At least, it does me.

5Being underwater in Tomb Raider

Tomb Raider is meant to be scary. It has some well-crafted terrifying moments that were designed to scare our socks off. Straight off the top of my head, the T-rex comes to mind. We certainly were not expecting that.

However, the thing that scared me more than anything in the original Tomb Raider was… swimming. Hear me out. Firstly, the controls were awkward as hell. It was the dawn of the PlayStation, and so complex actions such as swimming were clunky at best. Moreover, I was terrible at Tomb Raider, never once finishing it. When I was tasked with navigating Lara around an underwater maze, it was all just too much. My palms would sweat, making the controller harder to grip. It was just the worst. Give me a T-Rex anytime.

6Pretty much everything in Majora’s Mask

I’ve never really got into the Legend of Zelda series. This is due to three reasons. One, I didn’t own a Nintendo console until the Wii. Two, I was too obsessed with turn-based RPGs. Three, Majora’s Mask.

When talking about The Legend of Zelda in the playground, my mates would regal me with the wonders and epic narrative of Majora’s Mask. I finally had a chance to play it at a friends house, where I was instantly surrounded by creepy-looking monsters and a giant, demonic moon. I thought I was in a LSD-fuelled nightmare. I was expecting an adventure romp, not to be scared witless.

One of the most impactful gaming moments for me as a child was upon reaching The Black Mage Village in Final Fantasy IX. This is due to the dense philosophical nature of the chats between the Black Mages and their relation to existence.

Essentially, we discover that the Black Mages, including party member Vivi, have been created as weapons for a war. However, they have grown to become sentient and are pondering the meaning of what it is to be. The questions they ask about life and death, after some mages die, are asked in such naive manner that it is hard to not to think about. This is extremely moving — especially for a child who has never thought about these sorts of questions.

It is also freaked me the fuck out. I had to know whether I existed or not and what it meant to be alive. I was only six.

If you have you played any of Westwood Studios’ RTS games from the 90s, you may remember how the overly camp and silly the cinematics were. This was recreated in Command & Conquer 3: Red Alert, but there is something about the cheap sets of the originals that has some weird charm.

The scenes played out like a cheesy 90s version of Doctor Who. The acting was melodramatic and the sets and costumes could have been used in your school play, but this all added to the charm. Despite this, in Dune 2000, if you picked the Ordos campaign you were guided through the game by a slimy man with a needle in his neck. He was just as camp as the rest of them… but he was ten times freakier. A man truly deserving of this list.

9EA SPORTS: IT’S IN THE GAME

This one’s here especially for my little brother. I consulted with him as I was writing this list, and as we reminisced of times gone by, playing Theme Hospital and Dune 2000 on our family computer, he brought up Fifa 99. What could be terrifying about a Fifa game, I hear you ask. Well, apparently, the introductory “EA SPORTS, IT’S IN THE GAME” used to freak my brother out.

To be fair, he was only young — but that catchphrase is very intimidating. The epic voice in tandem with the pulsing bass would cause even the toughest of unprepared sports fans to jump. At least, that’s what my brother can keep telling himself. So, Nick, I have put it on the list for you, you wimp.

Their logo had a skewered eye. A SKEWERED EYE! This was mental for the five year-old who only wanted to harmlessly skate around in a Tony Hawk game.