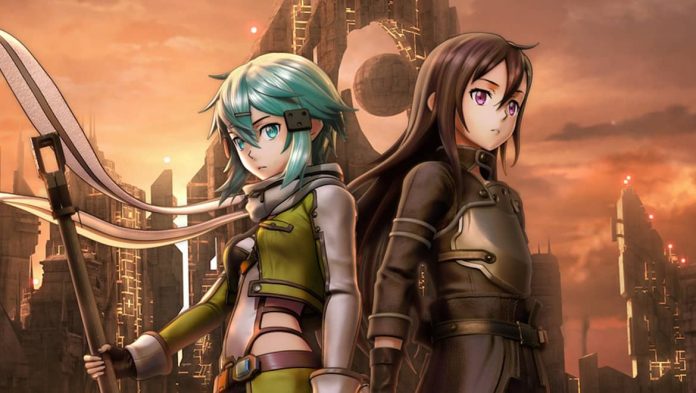 Sword Art Online: Fatal Bullet just came out and, if you’re a newcomer like me, you might be wondering on how to get started.

With so many systems to keep track of, getting a grasp over the whole game can seem a bit daunting. To get you started on the right foot, here’s some quick tips that will help anyone starting out in the latest Sword Art Online adventure.

If this were any other game, aiming down sights would be an integral part of the experience. Usually, it slows down your sensitivity and increases your accuracy letting you score headshots with ease. In Sword Art Online: Fatal Bullet, however, that’s not so important.

So long as assist mode is on, which it is by default when you start the game, you rarely have to aim down sights to land hits against the game’s many enemies. While you won’t be scoring many headshots, most battles put an emphasis on movement rather than accuracy, making assist mode much more useful in most circumstances. More importantly, instead of slowing down as you manually aim by holding the left trigger you have as much freedom as you’d have normally. You’re able to stay quick and nimble, as well as targeting multiple enemies at a time as long as they’re grouped close enough together.

Remember to equip your skills after you buy them

This one might sound a bit obvious, but I can’t tell you how many times I overlooked equipping my skills after buying them in the early hours of the game. It’ll save you a lot of headache after you prepare for a big mission only to realise all that preparing you did was only halfway done leaving you with your pants down in front of easy enemies.

To buy skills, you simply press the menu button and go to the first Characters tab, selecting your character and then selecting the Skills option. To buy them, you have to head towards any Terminal in the game (there’s one in your room) and select Skill Sets from the first menu.

In Sword Art Online: Fatal Bullet, you gain Medals for accomplishing various things during battles. Getting them is fairly straightforward. What to do with them, however, isn’t.

In the Lobby Area in the main hub town of Glocken, you’ll find a Medal Trading Facility. Head into the middle platform and speak with the girl with the blue hair and you’ll be able to trade these medals for different outfits and weapons. More importantly, however, is that you can also trade in these medals for money and Skill Points. Since it’s pretty hard to come by both in-game, it’s usually smarter to cash out those medals for something more worthwhile than a new gun or armour piece.

There were plenty of times I found myself hitting a brick wall while playing. Whether I didn’t plan accordingly or a tough dungeon just kept kicking my ass, if I ever ran up against something that was particularly difficult it was always a good option to return to older bounties in the meantime.

In most RPGs, it’s always a good idea to grind up a little every now and then. What’s nice about Sword Art Online: Fatal Bullet is that repeating older hunting missions will often payout pleasantly. Since most of these missions are picked up and completed while you’re busy finishing up other mainline missions, you can go back and redo these to help grind your way up before heading back into the fray.

Bring a healer every time

Early on in the game, it can be easy to assume that since Fatal Bullet relies on an action-shooter combat system that you can play it more like a Gears of War clone than an actual RPG. Of course, if you find yourself up against that same brick wall as before, you might want to think a little more carefully about your party dynamics. The one-size-fits-all answer? Bring a healer.

While you yourself can learn plenty of healing skills on your own, as can your ArFA-sys companion, having a dedicated healer on the team can make difficult encounters a million times easier. Without having to juggle when to attack and when to start healing various party members, you can focus on your character’s role more efficiently instead of trying to juggle different hats at once.