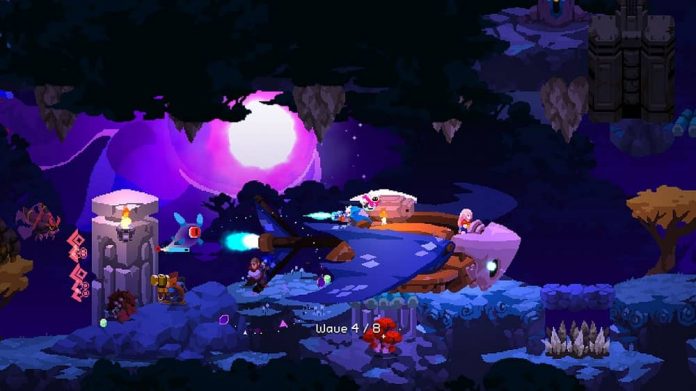 Tower defence games are one of my favourite genres because of how much you really have to think in order to succeed.

Action-adventure game Aegis Defenders from independent game developer GUTS Department brought out the strategist in me in a big way, forcing me to use all of my brain power to complete each level. It features an in-depth story, four playable characters, 18 different levels, and dozens of unlocks for players to enjoy in a 8-10 hour playthrough.

In Aegis Defenders you play as Bart, a machinist who has the ability to use ancient technology, and Clu, his granddaughter, who is a hunting and trapping expert. When Bart and Clu discover an ancient weapon known as Aegis, it becomes their duty and responsibility to defend it from those that would use its power for evil. Later on, you also gain control of a monk named Kaiim, and Zula the thief. 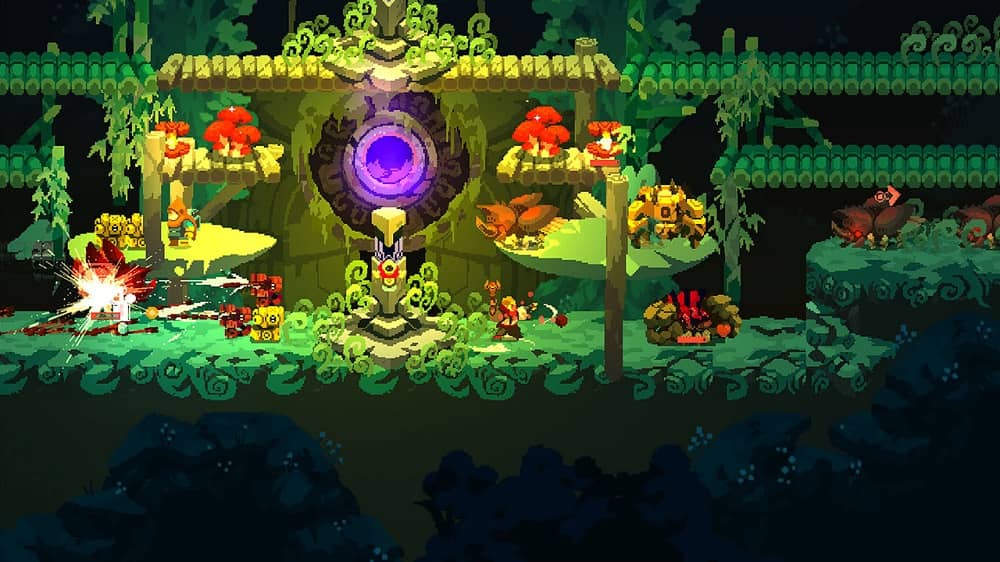 Aegis Defenders features two main types of game mechanics. The first is a metroidvania-style 2D platforming type. When you’re exploring the world you’ll have to solve platforming puzzles to proceed through the level. The entire time you’ll be fighting your way through enemies so you have to pay close attention to your surroundings. The second part of the game is its tower defence section. At the end of each level you’ll be forced to set up turrets and traps in order to defend your objective from incoming waves of enemies with each level harder than the last.

Aegis Defenders’ difficulty is the joy of the game. It makes it so that you really have to strategise each turret location and trap placement as well as where your characters should stand and shoot. The game has a very well written story as well as fantastic pixel graphics and classic music reminiscent of The Legend of Zelda. Any fans of the platformer or tower defence genre will surely get a kick out of this one.

Aegis Defenders is available now on PC, PS4 and Nintendo Switch. Check out 10 minutes of gameplay in the video below.