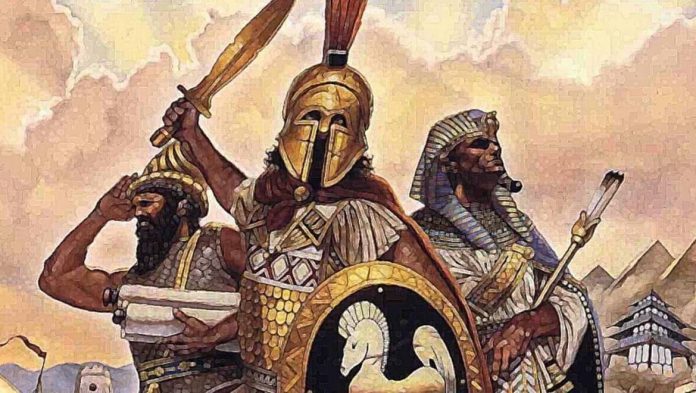 Age of Empires: Definitive Edition features built-in cheats ranging from the battle-turning to the bizarre. Here’s how to use them to make mincemeat of any foe history throws at you.

Single-player cheats are, for the most part, a thing of the past. User-created mods aside, no longer can you type in a code and make your character immortal. Age of Empires: Definitive Edition, however, is a remaster of a 20-year-old game and as such contains all the cheats that were present in the original release. Some are useful, some are just plain odd, but thanks to their inclusion you can assure victory merely by typing in a few letters.

How to use cheats in Age of Empires

To input these cheats you need to be playing either a campaign game or a custom/multiplayer game where you’ve enabled cheats (by ticking the appropriate checkbox when you set up the game).

Once in the game, hit enter and you’ll be presented with a chat box. Type the cheat (it doesn’t matter whether it’s in upper or lower case) and you’re ready to go.

WARNING: Units with explosive weaponry will also damage or kill your units if they’re caught in the blast radius. Some of these cheats require you to have constructed the building that would manufacture these units, so you can’t spawn the lightning-bolt priest until you’ve constructed a temple. You can usually only have one super-unit, such as the rocket trooper, at once.

convert this! – spawns a priest who can summon lightning bolts.

dark rain – your archers are “stealth archers”; they turn into trees when standing still and can walk over water.

diediedie – kills all enemies, making you the winner.

flying dutchman – any catapult tiremes or juggernaut ships you build are “flying dutchmen” and can travel on land.

gaia – you control and command animals, though you’re no longer able to command your other units.

hari kari – kills your team, resulting in an instant loss.

hoyohoyo – priests are stronger and much faster.

icbm – ballistas have a much larger range.

jack be nimble – your catapults will fire cows or villagers.

killx – kills the team at position x on the “statistics” list. Eg, kill2 kills the second team. You can’t use this to kill your own team.

king arthur – birds are now dragons, though they never attack.

medusa – if killed by enemies, your villagers return as horsemen, then as catapults if they’re killed again.

no fog – turns the “fog of war” off but doesn’t automatically reveal units.

pow! – spawns a murderous baby with a ray gun.

resign – you resign from the match, resulting in your instant defeat.

reveal map – reveals the whole map, including the position of enemy units and buildings.

steroids – all units and upgrades are built as soon as you click on them, with no build time.

And there you have it, all you need to cheat your way through Age of Empires: Definitive Edition. Remember, history is written by the victors, as Winston Churchill explained, so no-one needs ever know that you conquered the Roman Empire using a rocket-launcher.