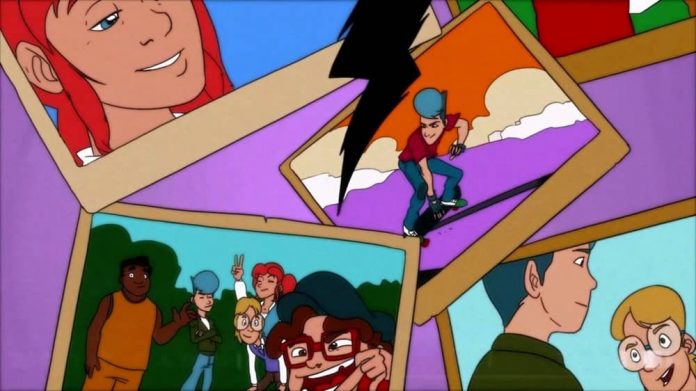 Crossing Souls tries to channel the camaraderie of The Goonies, the whimsy of Back to the Future and the magic of E.T. and combine it all into one unforgettable video game. Safe to say, it achieves this – and a whole lot more.

At its heart, Crossing Souls is an adventure game set in a quiet 1980s Californian town that follows the adventures of a group of friends over the course of one summer. Stumbling across a mystery they just have to solve, the game’s story is packed with investigation, action, loss, and ultimately, saving their town.

The game puts you in charge of the gang of friends, made up of Chris, Matt, Charlie, Big Joe and Kevin. Playing them is a huge deal of fun, especially so considering how tight-knit they are. Their friendship feels genuinely close, making every hardship you face throughout the game feel truly impactful. Each character has their own unique personality and skills, meaning that every one of them must be utilised in order to successfully beat the great variety of platforming, puzzles and old-fashioned exploring that Crossing Souls presents you with. 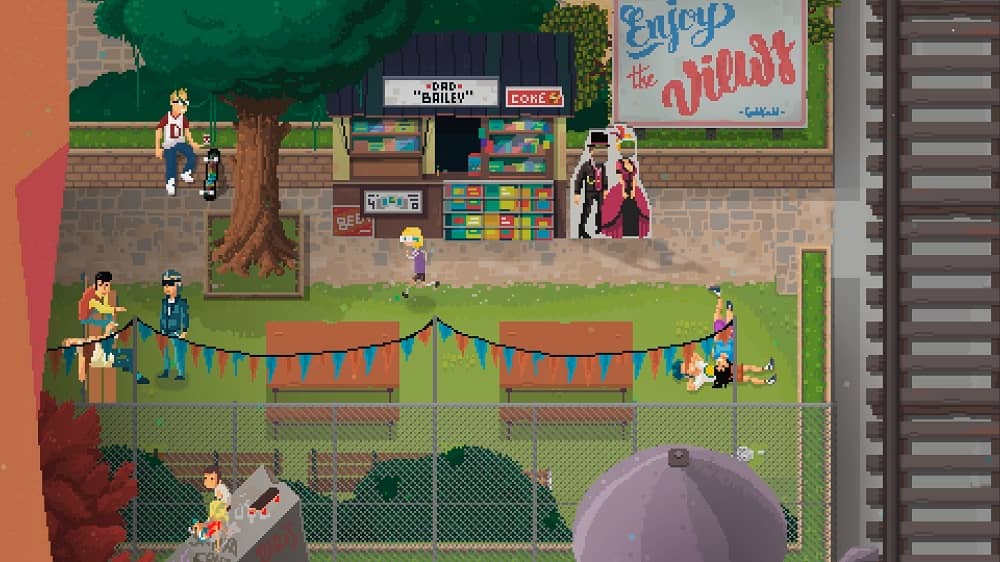 The challenges of the game start off fairly tame at first, with Crossing Souls gently introducing you to its five heroes and all of the systems that you’ll need to utilise throughout your playtime. It doesn’t take long, though, until you’re challenged to quickly switch between characters in an epic platforming sequence. The game’s controls are thankfully on-point with movement being responsive and flowing, making platforming a delight — even when it’s particularly difficult.

The platforming sections are certainly the most taxing parts of Crossing Souls, but mostly, the difficulty is entirely fair. Some of the puzzles are fairly straightforward, but others gave me plenty to chew on — I even needed to grab my pen and paper at a couple of points to jot down some clues. It helps that the game’s pace is truly enjoyable; almost everything that Crossing Souls offers up is a joy to play, making it incredibly rewarding to persevere.

All of this gameplay takes place against a backdrop of some simply stunning pixel art. Yes, pixel art. Before you groan at those two words, just take a look at the artwork of Crossing Souls and what it achieves with such a simplistic style. I mean, just look at it. It’s without a doubt one of the best examples of pixel art I’ve seen in a game. From the sleepy town that acts as Crossing Souls‘ main setting to the crazy bunch of characters, everything meshes together so well through an excellent use of colour. Every location and person is unique and interesting in its own way, and the feel of the 80s is perfectly encapsulated in every tiny detail laid out by the game’s designers. 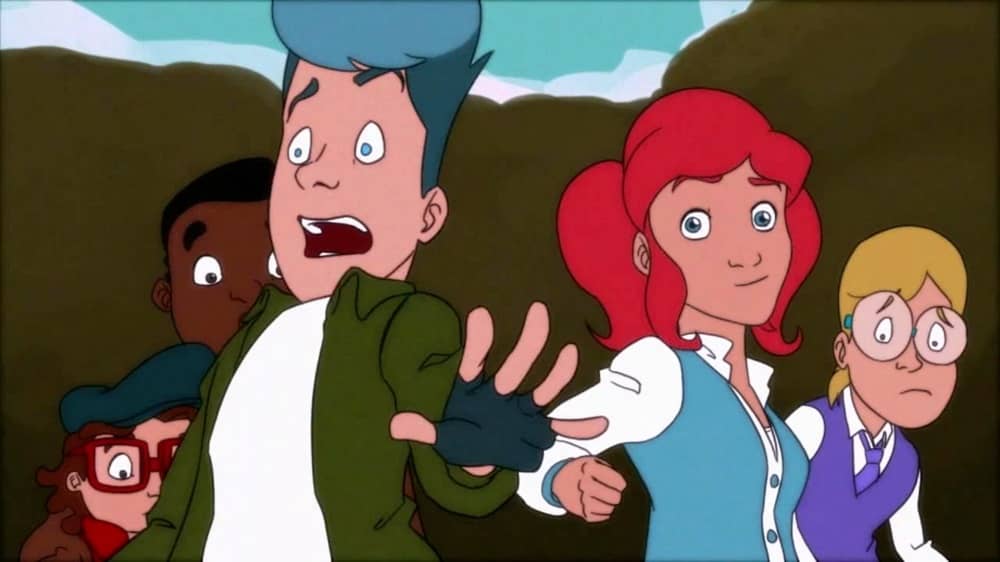 I couldn’t mention the beautiful graphics without also mentioning the cinematics. When it comes to cutscenes, Crossing Souls opts to use a series of excellent 2D cartoons to dramatise its most important moments. With an added VHS-style filter over the top, the cartoons look like genuine footage recorded from your TV set in the 80s. It’s a wonderful touch that rounds off the entire package into something truly special.

Yet, as wonderful as the visuals are and as enjoyable as the gameplay may be, it’s Crossing Souls’ story that really pivots the game from being just a decent adventure to an absolute must-play title.

With so much emphasis on the 1980s setting, Crossing Souls could have easily slipped to be a referential nightmare, being little more than a walk down memory lane. We’ve seen it in games before, where too much reliance is placed on the power of nostalgia and little else. Crossing Souls dodges this minefield completely. Sure, there are plenty of nostalgia-fuelled references in there, one or two of which seem a bit silly, but the uniquely brilliant story makes that so easy to overlook. 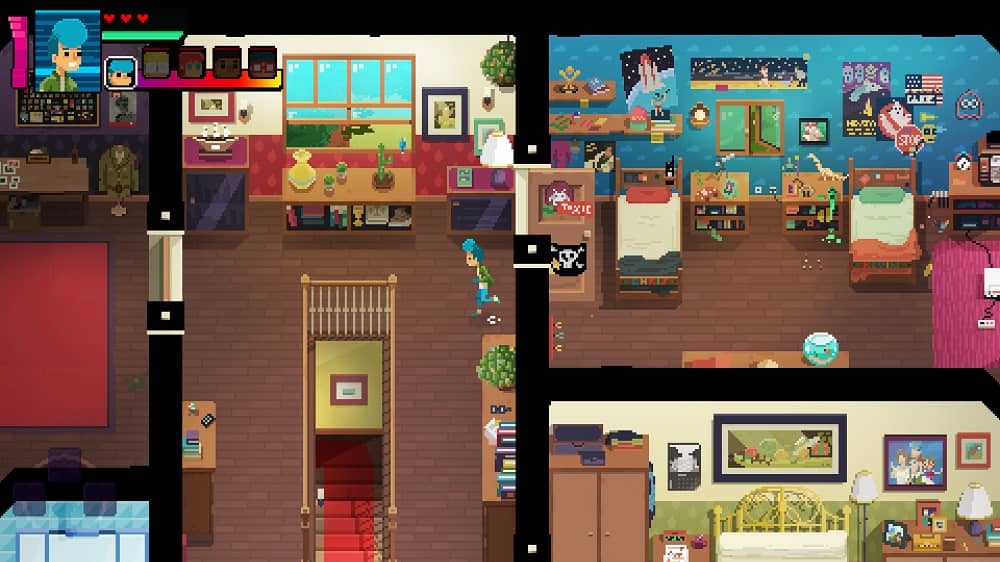 The narrative focuses around Egyptian mythology of death and the afterlife, which isn’t exactly what I expected from what appears to be a fun John Hughes-esque romp filled with 80s references and teenage shenanigans at first glance, but Crossing Souls tells an absorbing, compelling, and at times, truly sobering story. Combining merriment with themes of death is no easy feat; it could have easily made its references to loss inconsequential, but that’s certainly not the case. Prepare yourself, because Crossing Souls has more than its fair share of gut-wrenching moments, and it’s these very real emotions that truly set the game apart.

It shows just how talented the team at Fourattic are to create a game so well paced that it can marry friendship and camaraderie together with pretty horrific events, yet still remain optimistic enough that you’re compelled to continue the adventure. Sure, outside of its puzzles, Crossing Souls doesn’t ask you to think too much — it moves you along at its own pace and it’s up to you how much of its deeper themes you want to absorb. For a seemingly lighthearted adventure, there’s plenty of intrigue and a hell of a lot of emotion that’s far more sinister than you’d initially think.

With all that said, Crossing Souls has everything you could possibly want from an adventure game. Well-polished controls, a stunning art style, fun and varied gameplay, and an emotional yet intriguing narrative all come together to make Crossing Souls one of the best gaming experiences I’ve had in a long while. It’s simply perfect.

Crossing Souls is available on PS4 and PC. We reviewed the PS4 version.