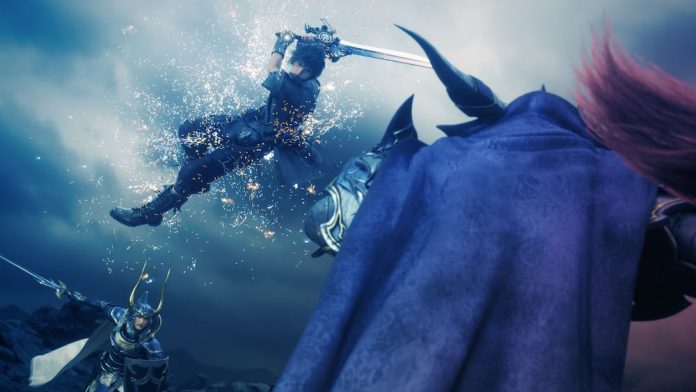 Originally released in arcades in 2015, Dissidia NT recreates the Dissidia experience from the ground up with a focus on the hardcore fighting game community. Team Ninja, the developer behind the Dead or Alive series, has done plenty to turn what many saw as a series exclusively for die-hard fans into a more competitive, esports-ready fighting game. Yet for all Team Ninja’s hard work, the game is still as unapproachable as ever.

Within all of the chaos and confusion of Dissidia NT, of which there is a lot, the game still relies on the same basic foundation that made the original games so unique. Instead of just having two characters run around a 3D environment throwing punches until one of them falls down, the Dissidia games utilise the ‘Bravery’ system. Attacks are broken into two types: ones that affect an opponent’s overall HP, which will incapacitate them if depleted completely, and ones that affect their Bravery. 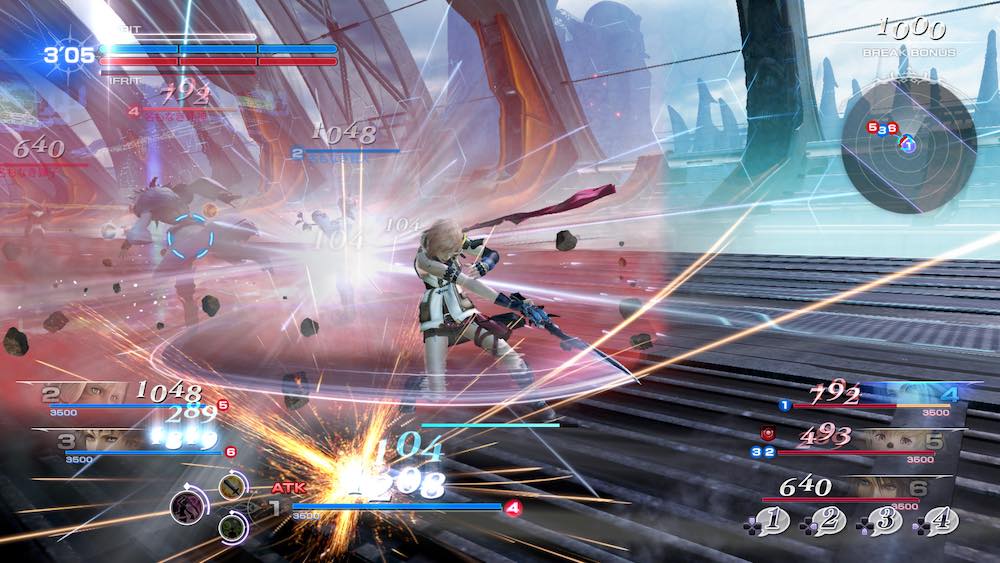 Displayed via a number just above their health meter, Bravery is a metric that determines how much damage you can withstand and dole out. For instance, if an opponent has a higher amount of Bravery than you, you’re more likely going to take considerable damage if they use an HP attack, depending on how wide the difference in your respective Bravery is.

Juggling your health and your bravery has always been the core of what makes Dissidia both so intriguing and frustrating. It’s hard not to imagine how the game would play if it used a more traditional combat system. For what it’s worth, however, if you’re willing to put in the effort, there’s a moment when everything just clicks; a hurdle of realisation where its many systems and intricacies all fall into place. The same is true for Dissidia NT. Where NT differs, however, is in the aspects surrounding this core premise.

Where its predecessors were exclusively one-on-one fighters, Dissidia NT raises the player count in its three-vs-three battles. To accommodate for this, arenas seem larger than in previous games to allow for more spread out combat. At first, I assumed fights would become more chaotic as you’d be trying to grapple with fighting three enemies at once. However, thanks to Dissidia NT’s camera, that’s never the case. Because you’re constantly auto-locked onto an enemy, it makes it difficult to attack more than one enemy at a time. Since arenas are also so large, much of the combat in a match is outside of your view as you focus in on the character you’re auto-locked onto. It makes it impossible to get a firm grasp of everything that’s going on and puts a large emphasis on team cooperation and communication.

While Dissidia NT tries to make changing targets easy by allowing you to use L2 or R2 to swap to the closest enemy on your left or right, respectively, it rarely works as intended. Since combat moves so fast, it’s easy to auto-target the wrong character entirely. It quickly becomes apparent that the best way to play is to focus on one enemy at a time, lest you lose yourself in the mess of on-screen carnage.

Dissidia NT also uses a summoning system which helps keep fights interesting. With seven summons available to choose from, you select one to represent your team. To summon them, you must destroy crystals that appear in random locations in the arena. In practice, I loved how the crystals broke up the flow of combat and kept me on my toes. Once enough power is built up from attacking the crystals, you’re able to call your summon by holding down on the PlayStation 4’s touch pad. Doing so requires a team effort because of how long it takes to call your summon if you’re the only one doing it. Luckily, a bar flashes on screen the moment one of your teammates initiates the summon so that you’re never left confused even if your team isn’t communicating much. 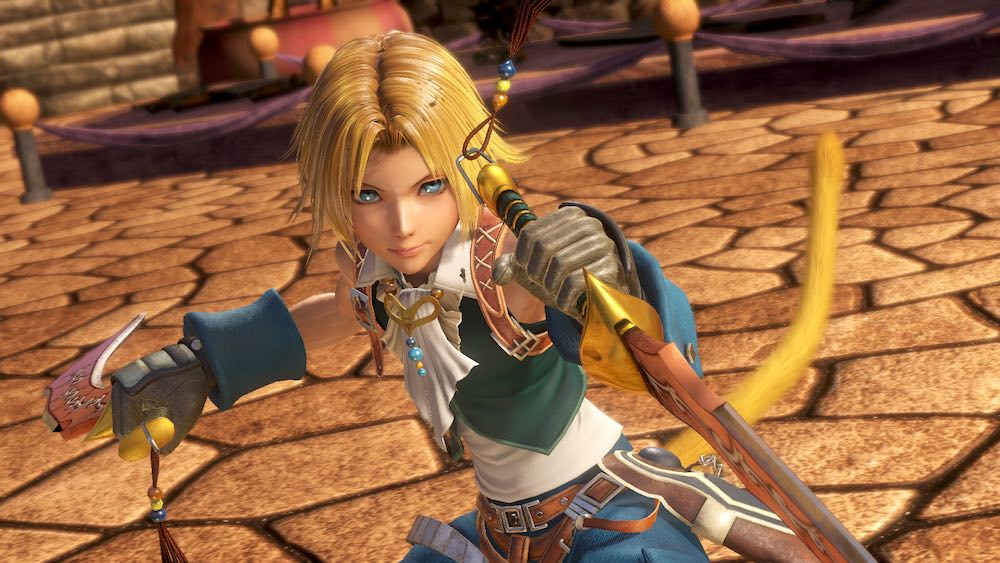 Once you’ve successfully pulled off a summon, the entire arena becomes a hazard for the enemy team. Certain summons place debuffs on the enemies while attacking them with Bravery attacks while others place buffs on you and your teammates. It’s a spectacle to watch as Shiva drops giant spears of ice onto the entire arena, but it’s rare that summons are able to turn the tide of a battle. Since the winning team is usually the one who have acquired more power from the crystals to begin with, the summons essentially just make it harder for losing teams to make a come-back.

One of the many benefits of simply porting over a mostly finished arcade game to home consoles is that there’s already a wide breadth of characters to use in the game. Dissidia NT boasts 27 playable characters from all over the Final Fantasy franchise, even including Rama Boulve from Final Fantasy Tactics and Ace from Final Fantasy Type-0. With such a big roster, Team Ninja broke the characters into four distinct character classes in the game: Vanguards, Assassins, Marksmen, and Specialists. Vanguards are hard-hitting offensive characters; Assassins are able to move in and out of danger quickly; Marksmen are able to attack from a distance; and Specialists operate outside any clear definition.

Of course, it wouldn’t be a Final Fantasy game without a hefty story to dig into. Dissidia NT’s story mode, which weirdly forces you to use an in-game currency to unlock portions of it, is not great. Most of it involves unlocking various cutscenes with a surprisingly little amount of the story focusing on actually playing the game.

The story itself is unfortunately just as lazy as past Dissidia games. Two gods, Materia and Spiritus, have inherited the wills of their predecessors, Cosmos and Chaos. The two gods summon various heroes and villains from across the Final Fantasy series to fight in a new conflict between them. However this time, a mysterious threat forces the two sides to work together. For as charming as it can be to see Noctis meet everyone for the first time or watch Shantotto boss around Cecil and Firion, the plot is a chore to get through. 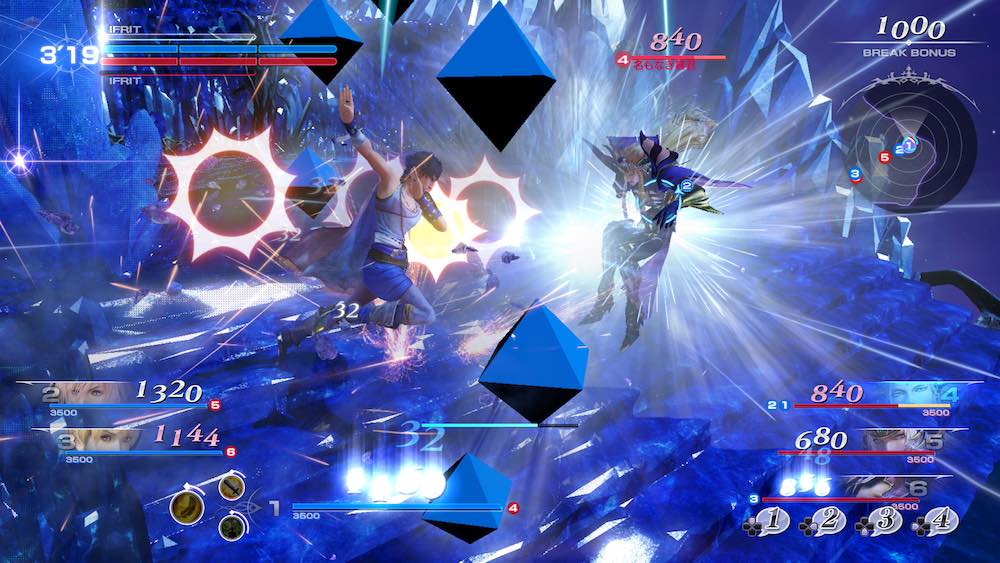 It’s disappointing to see the potential wasted on such a by-the-numbers story. With characters that have as much depth as those in the Final Fantasy series, as well as the extensive amount of lore to be pulled from, to boil the Dissidia games down to a simple battle between good and evil has always been frustrating. I had hoped Dissidia NT would finally offer something new. Unfortunately, it still fails to properly utilise the possibilities of its source material.

Once the credits roll, however, Dissidia NT also offers plenty of other types of unlockables to keep players invested. There’s a lot of content to unlock via the game’s “Treasures” mode but obtaining them can be a bit exhausting. Fairly regularly, Dissidia NT will gift you a “Treasure”, which acts as the game’s version of loot boxes. Treasures cannot be purchased, either by in-game currency or real world money, which was a relief. Alternatively, you gain in-game currency “gil” outright by doing different things in the game, which you can then spend in the store on specific items. However, most of the more enticing things in the game, like alternate costumes for characters, are priced fairly high so collecting everything the game has to offer could take quite a bit of time.

If Dissidia NT’s sole mission was to court hardcore fighting game fans, I’m not sure it will succeed. There is much to enjoy after you’ve become accustomed with the game’s obtuse mechanics and difficult controls, but there’s little here for fans of more traditional fighting games. The familiar back-and-forth mental gymnastics in something like Street Fighter V are traded in for a complicated layer of systems that make Dissidia NT feel more like a MOBA than a fighting game. While it’s definitely filled with a lot of love for the Final Fantasy series as a whole, it’s doubtful that it will be able to become the competitive esports contender Square Enix wish it to be.

I don’t think that’s a bad thing, however. The Dissidia series has always defined itself by being an outlier and luckily, it has found its audience. Whether it’s made up of die-hard Final Fantasy fans or not is besides the point. Dissidia NT successfully builds upon what came before to make its resurfacing as a competitive focused fighter a deeply satisfying one.