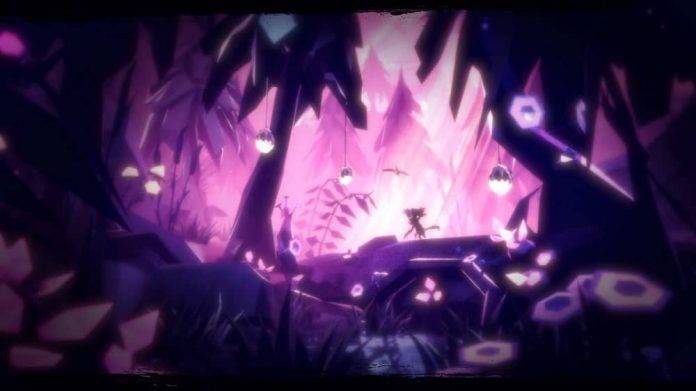 It’s been a while since I was as glad to see the credits roll in a game as I was with Fe.

It’s a game I’ve been very much looking forward to, too. Zoink!’s Stick it to the Man is a truly underappreciated gem, packed with original ideas, hilarious situations and simple but fun gameplay. Its next game, Zombie Vikings, was a change of pace and a more generic game style, but its similarly engaging art style and fun-loving attitude kept it enjoyable nonetheless. I knew Fe was going to be something completely different, but I was excited to see the team at Zoink! further showcase their talent by flexing their muscles a little.

Let’s just say I wish I’d have stuck with Stick it to the Man.

Fe is, at its most basic, a 3D platform game. Playing as a fox-like creature known as a fe, you’re presented with a sizeable open world to explore. Unfortunately, starting out with limited abilities, you’re unable to get particularly far. Only by winning the trust of animals that inhabit the land will gain you new skills and allow you to reach new areas. 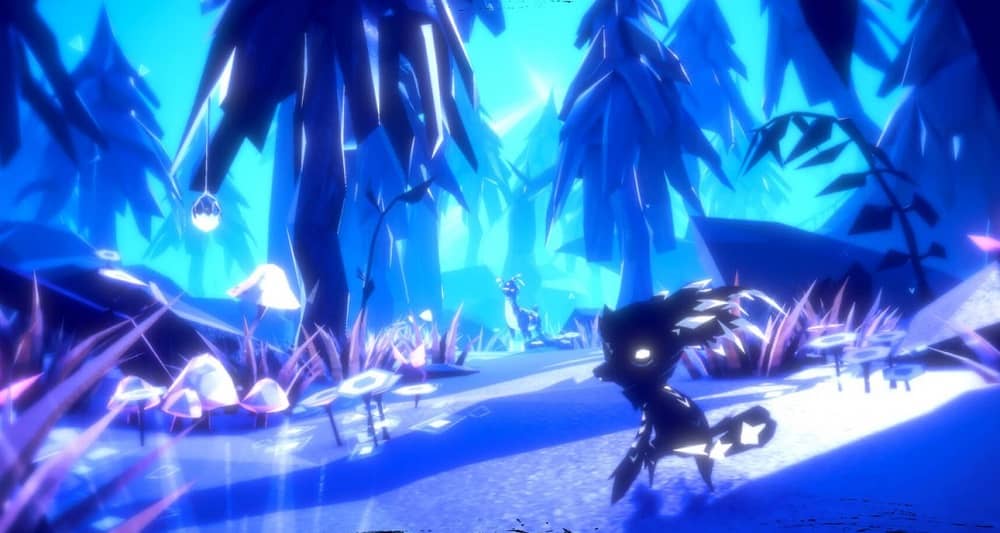 This is the sweetest part of Fe. Gaining new skills comes in the form of ‘singing’ with animals. Young animals are more trustworthy, and singing with them will lead them to help you progress, opening up new pathways. The elder animals, however, aren’t so trusting, but when you’ve completed a particular task that gains their allegiance, they’ll teach you their song, allowing you to utilise a new skill. Seeing an entire ecosystem of animals work together is heartwarming — yay for cute animals! — and the way this is tied to skills progression is pretty clever.

It’s not all cute animals and sing-song, though. The habitat of the fe and other animals is under threat from the foreboding Silent Ones — monstrous creatures with beams of light emitting from where their face should be. They stalk the forests and valleys, capturing creatures in tar-like nets, and are generally threatening the harmony of the land. Well, bugger.

These Silent Ones are the only real threat that Fe ever poses (except falling into water, where a giant fish may eat you — but that’s not entirely a bad thing. I’ll come back to that later). If the Silent Ones catch you in their beam, you’ll be captured and the screen will fade to black, casting you back to your last checkpoint. Thankfully, the game autosaves often so you’ll never lose more than a minute or two of progress. Avoiding the enemy means employing a lot of stealth throughout Fe’s playtime, but with plenty of hiding spots — tufts of grass that are handily shaped and coloured just like a fe’s fur — it’s never particularly taxing. Even if a Silent One sees you run into a plant, the moment you enter you’ll disappear from its line of sight and it’ll forget you’re there. 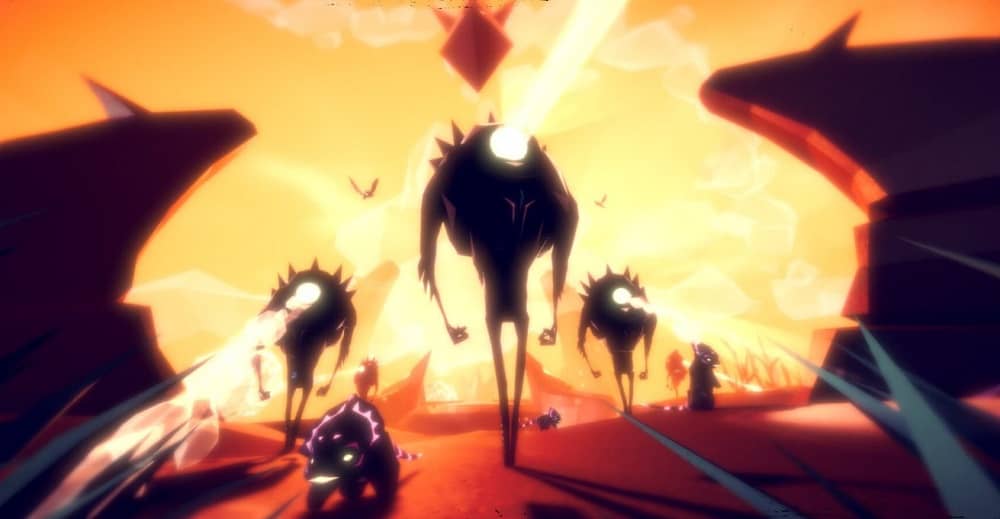 All of that sounds like it makes for a fairly pleasant video game experience, and at its best, Fe really does have a lot going for it. Unfortunately, it’s also marred with so many frustrating elements that tarnish what is enjoyable about the game.

For starters, the game quickly becomes repetitive. Other outlets have reported that Fe takes between two to three hours to complete — I don’t know who these people are who managed to speed through it so fast, but it took me close to six hours, and that was without venturing off the set path. While Fe’s map is pretty big, all areas are fairly similar in their design, and soon merge into one. There’s a nice change in hue as you pass from one region to another, but aside from this use of colour, the landscapes are all fairly generic. I never came across a new area and felt impressed by what it offered. Don’t get me wrong — the visuals are one of Fe’s stand-out points. Its art style is beautiful, and the creature design is second-to-none, but once you’ve seen one area, you’ve pretty much seen them all — give or take a few trees. Six hours of treading the same-looking ground is pretty tedious.

The puzzles are also tedious and repetitive. Follow an animal from A to B. Talk to animal. Sneak past enemies. Climb trees and glide to reach high places. Rinse and repeat. The mechanics of some of these actions are nice — climbing and gliding feel fast and enjoyable — but they’re so woefully overused that it loses any enjoyment. Especially so as Fe’s level design — as beautiful as it is — relies on verticality to a fault.

Having multiple layers of terrain to cover makes for a more interesting landscape, but trying to navigate from one area to another as a result of it becomes quite a nightmare. The tools at your disposal to help with traversal aren’t always particularly useful, either. Your basic map that shows your next waypoint becomes almost useless as it has no bearing on height. And the guiding bird, which can be summoned by holding your right trigger, is designed to guide you to your next destination, but seems particularly glitchy especially when climbing. Mine frequently got stuck on walls, at times would simply hover around me, or failed to point me in the right direction. Fe’s world is clearly meant to be a beautiful and enjoyable landscape to carefully pass through, but the difficulty in navigating it was certainly the biggest cause of my frustration. 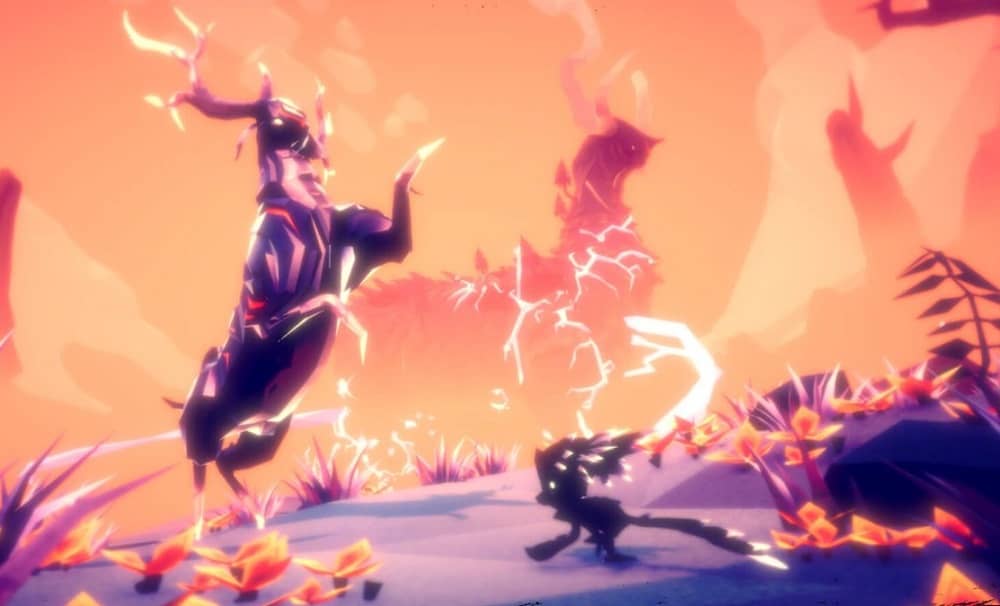 The camera was another. While mostly fine, the automatic camera placement at times obfuscated my view, making it difficult to see obstacles in my way — particularly when either hiding from Silent Ones or trying to jump from treetop to treetop. While hiding in bushes, the camera would come so close to my character that it was impossible to tell where the enemy was. Not ideal in a stealth section, when observing their movement is the entire goal. It also made traversing tree tops and high platforms via gliding difficult, never giving me a particularly clear view of the gap and often forcing me to quickly readjust my path at the very last minute. Needless to say, it often caused me to plummet to my death.

Well, no, not quite. Much of Fe takes place in high areas of the map, but the low areas don’t disappear out of mind. Should you fall, most of the time you’ll land on ground, unscathed, forced to backtrack your way up where you came from. At these times, I often found it easier to seek out death, which would generally put me back near a higher checkpoint, than try to navigate climbing a cliff again. That’s where those giant fish come into play – should you fall into water, you’ll probably get gobbled up by a fish, sending you back to where you came from – which is honestly a bigger relief than it sounds. If you’re unfortunate enough to crash onto land, fingers crossed you’re close enough to water or a Silent One to go get yourself killed.

I’m disappointed that I didn’t love Fe, and I hate being so harsh on a game I was very much looking forward to, but I can’t understate how frustrated the game’s issues left me. Though perhaps that frustration was compounded by the fact I was hoping for so much more. Fe is by no means a bad game; Zoink! truly did flex its muscles and show us it’s capable of so much more, but Fe’s only a minor stepping stone. Sure, it’s beautiful — and after the end credits have rolled and you’re free to explore the world, bereft of annoying puzzles, there’s beauty and secrets to be found at every corner — but as an overall experience the unnecessarily obtuse world design and repetitiveness makes Fe stand out only for its frustrations, not its successes.

Fe is available on PC, PS4, Xbox One and Switch. We reviewed the Xbox One version.