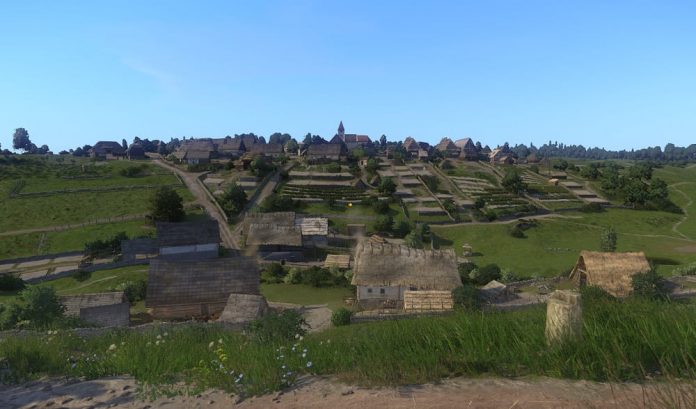 Kingdom Come: Deliverance is pretty much the game I’ve been waiting for all my life.

Throwing you into a beautifully realised slice of a medieval world, it places you in the shoes of a simpleton and asks you to do your best. And that’s all you can do. With your parents brutally murdered in front of your eyes, revenge is always on your mind, but you’ve got a long way to go before you can even think about exacting it. I mean, you can’t read, you’re not very charismatic, you’re not skilled with a sword; you’re just a nobody. But with some grit and determination, you can become a major player in the land of Bohemia. And that’s something you’ll probably want to do.

Kingdom Come: Deliverance‘s Bohemia stands alongside the great open worlds of Assassin’s Creed Origins‘ Egypt and The Witcher 3: Wild Hunt‘s Continent. Towns are teeming with folk going about their daily business, while the wilds are full of animals to hunt and bandits to apprehend. But never before has a game been so densely populated with lush vegetation, and it makes the world an absolute joy to explore. 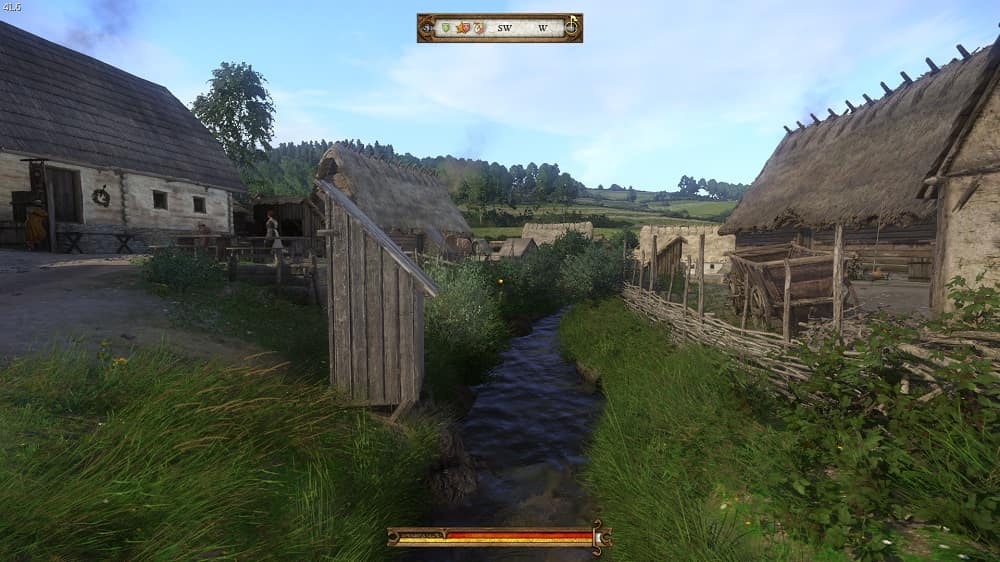 Forests and woodlands are havens for fauna, wrongdoers and those who simply wish to not be found. Sometimes you’ll venture deep, searching for such creatures and individuals. Other times you’ll fight your way through the thick undergrowth and tress simply as a shortcut. One quest had me follow a trio of women into the woods at night to watch over them while they smeared ointment on their lady parts and summoned the devil. I got caught by them and got dragged into the sordid ceremony, resulting in the death of a woodcutter, but an amusing time was had. It didn’t have to turn out that way though, and that’s the real beauty of Kingdom Come: Deliverance; its freedom.

It doesn’t boast the biggest, most expansive map, but Kingdom Come: Deliverance offers an unprecedented amount of freedom as to how you progress through its story and sidequests. The world does not revolve around you, meaning sometimes you’ll need to keep to a schedule or get left behind. Some tasks are also better dealt with if you notify someone with more skill and experience than you currently possess. You’ll only end up dead if you take on a group of bandits without much combat experience, for example, but notify the town guard and they may send some men to accompany you on your task. You are not the only person in Bohemia capable of getting things done, and that’s wonderfully refreshing.

You are, however, seemingly still everyone’s lackey, which means you’ll be handed quests left, right and centre, and you’ll probably want to take a load of them on to develop your character, Henry. Kingdom Come: Deliverance takes a leaf out of The Elder Scrolls IV: Oblivion‘s book in that your skills are developed by actually doing things, or seeking out training by those capable of tutoring you. To improve your swordsmanship, for instance, you can head out to engage in combat with bandits, though you’re better off brushing up your skills by sparring with friendly soldiers first. Likewise, riding your horse for extended periods increases your horsemanship, while regularly going binge drinking will increase your ability to handle alcohol. It’s a great system that feels robust, and also allows you to develop your character in line with your play style. 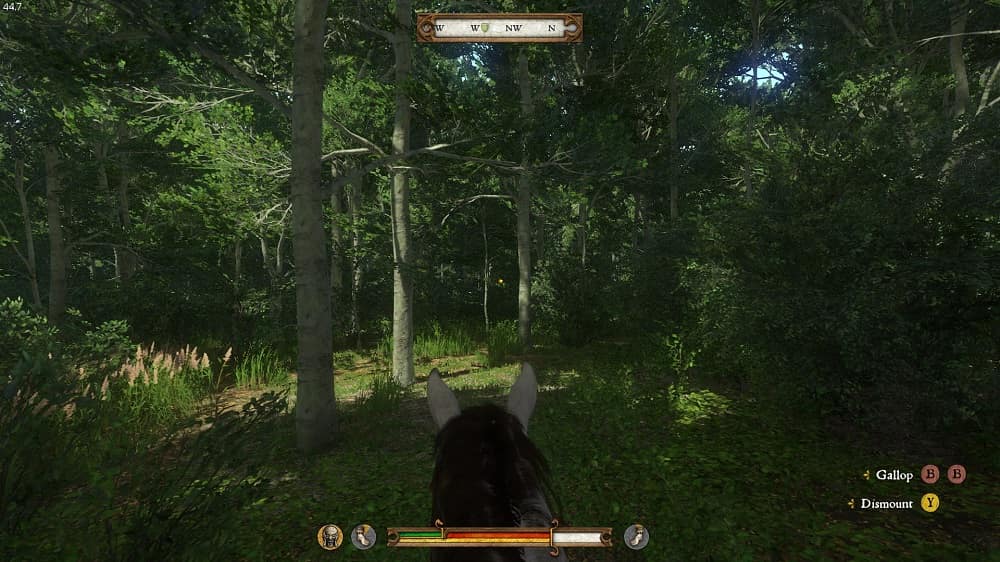 Unsurprisingly, combat plays a major role in Kingdom Come: Deliverance, though you often go for long periods without even a whiff of it. Mechanically, melee combat has more in common with For Honor than the likes of Skyrim, with a system that allows you to choose the direction of your slashes and swipes. You need to study your opponents, carefully consider their actions and try to outsmart them to land a blow. As a result, combat is slow-paced but tense, and as you develop your skills you learn new combos and perks which allow for more depth. Even when you’re what can be considered a master swordsman, however, engaging in combat against multiple hostiles is a dangerous affair. Knowing when to flee is essential, and so is swallowing your pride and surrendering when death comes knocking – something which your foes will do frequently.

Sometimes stealth is the best option. I dealt with one group of bandits by sneaking into their camp while they were sleeping, smothering them one by one until they were all unconscious. I then mercifully killed them all with careful thrusts of my sword. I could have just left the cronies and killed the leader, but I wanted their ears to exchange for money and I had little sympathy for them. Alternatively, I could have just slipped some poison into their drinks, but that just isn’t my style.

It’s a little disappointing that eventually you will need to develop your close combat skills, however. Certain major events in Kingdom Come: Deliverance lead to epic battles, and while the game’s clumsy targeting system will mildly annoy, being forced to face off against a domineering opponent with only a slither of health and no way to heal can lead to great frustration. I found myself in a situation that I could not win, and had to load a previous save in order to complete some side missions and develop my skills before going back for another chance. 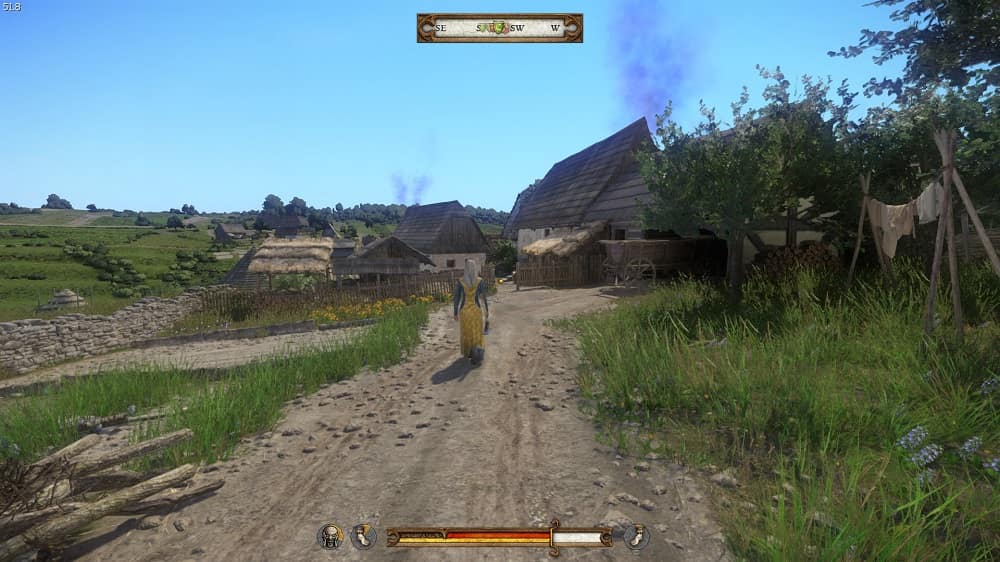 While I’m on the subject of game saves, let me express my hatred of Kingdom Come: Deliverance‘s save system. Deciding that being able to save anywhere is a bad idea for some reason, Warhorse Studios has designed Kingdom Come: Deliverance to only autosave when certain quest milestones are met, and also sometimes when you sleep. If you want to save your game manually, you need to drink a particular bottle of liquor that is prohibitively expensive in the early stages of the game. The inconsistency of the autosave system means that you can easily lose an hour or so of game progress if you aren’t too careful, and trust me, that can be infuriating.

In the thirty or forty hours I’ve been playing the game it has thankfully only crashed on me once, but I’ve died more than a few times from bumping into a group of bandits that have quickly surrounded me and turned me into mincemeat. I get what Warhorse Studios was trying to do with the save system – create a bit of tension – but it simply feels too limited and punishing. Games are meant to be enjoyed –  I don’t want to have to search for a bed or drink an expensive potion so that I can turn the game off when I’m in a hurry.

Other than the horrendous save system though, I’ve found little to complain about in Kingdom Come: Deliverance. Sometimes I’ve been mildly annoyed by momentarily getting stuck on scenery when going off the beaten track, and the frequent clipping exhibited by character models unfortunately betrays the game’s stunning visuals, but otherwise, Kingdom Come: Deliverance is a pleasure to get absorbed in. 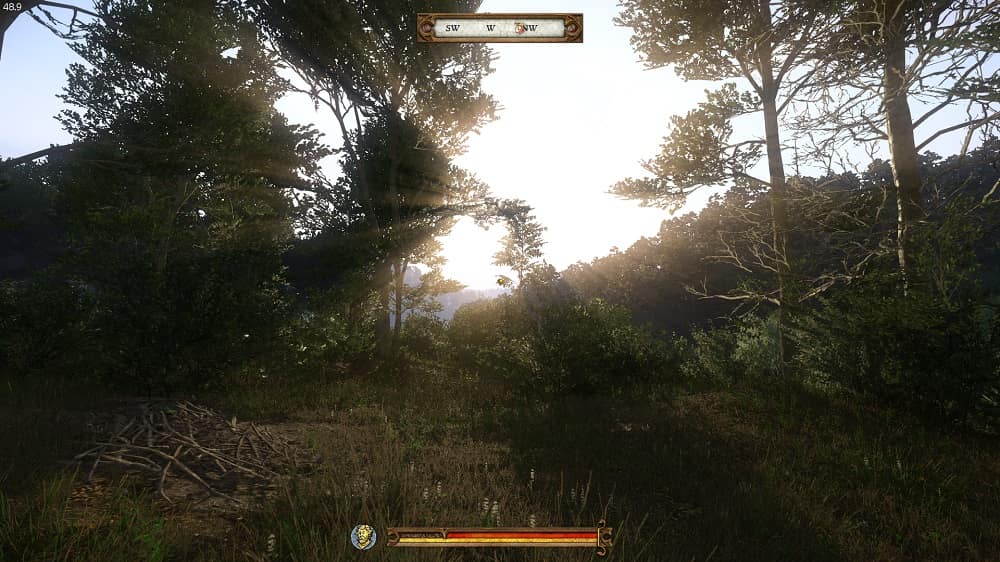 If you like your open world games full of action – with monsters to kill and a plethora of spells to learn – Kingdom Come: Deliverance probably isn’t the game for you. If you’re after a game in which you can explore, take in the scenery and operate as a mere mortal, however, you’re likely to fall in love with it as much as I have. I’ve got so much left to do in Kingdom Come: Deliverance, but already I have fond memories of going hunting with a nobleman, engaging in a major skirmish in the centre of a forest, and going on a massive bender with a priest. Many of the quests you’re faced with in the game could be considered mundane when written on paper, but it’s this grounding in reality that makes Kingdom Come: Deliverance so unique.

In Kingdom Come: Deliverance you’re just a small cog in a reasonably big world, but your actions feel like they have worth and impact. You’ll prove yourself to be helpful many a time, but often you’ll have to rely on others for assistance, or to even do the job for you. It goes a long way to make the land of Bohemia a living, breathing place rather than just your personal playground, and I admire that. It’s by no means free of frustration, but Kingdom Come: Deliverance is a special game. It’s a game that isn’t afraid of being different – of not holding the player’s hand every step of their adventure – and for that, it’s an experience to be treasured.

Kingdom Come: Deliverance is available on PlayStation 4, Xbox One and PC. We reviewed the PC version.