Nearly 30, still living at home with mom, and working in a soulless job.

Sadly, it’s the reality for a lot of young adults in the 21st century. And this is the theme that indie release Legendary Gary bases itself around. Managing to be equal measures brutal realism and extravagant fantasy, this linear RPG adventure from Evan Rogers fuses together mundane real life with video game escapism in a way that’s rarely pulled off. Spoiler: Rogers pulls it off. Spectacularly, considering this is largely a one-man show.

Our protagonist Gary is anything but legendary. Living in his mother’s basement, he’s out of shape, has just lost his job, and his girlfriend Megan is about to break up with him. His life is a mess in ways that most of us can relate to in one way or another. Making matters worse, though, is his mom. Still grieving the loss of her husband, she’s clung onto a radical podcast which has convinced her the world’s going to end imminently. And so she’s given away hers and Gary’s life savings to charity while she awaits a saviour before the end of days. With no getting through to his mom, Gary’s got no choice but to grovel for his job back — working in a supermarket — so he can pay the bills. 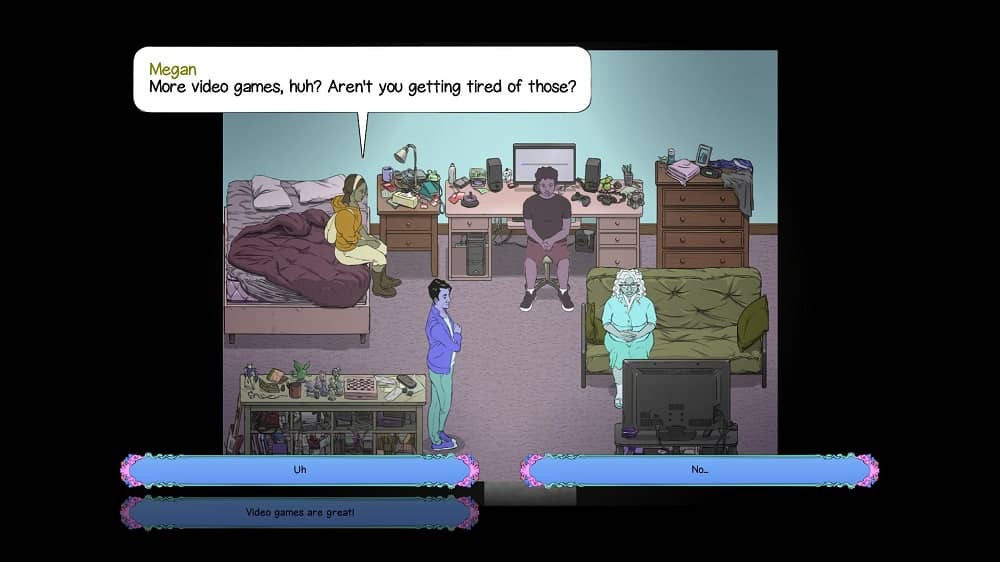 It’s no picnic, so Gary uses most of his free time to escape to his favourite video game: an RPG called Legend of the Spear. There, he’s a fearless warrior who can solve his problems with violence, and nothing can stand in his way. Except, weird stuff keeps happening in the game. Things from Gary’s real life are somehow filtering through into his virtual world — characters he meets are eerily familiar, and some will even speak the exact lines he’s recently heard his friends say. What’s all that about?

Legendary Gary is very much a game of two halves — Gary’s real life, and his video game life — and both are equally compelling in different ways. Out in the real world, there’s no real gameplay as such; you’re free to wander around the very limited environments, interacting with people and a number of objects. Gary’s mom has a small garden, for instance, and it’s your job to maintain it. Mostly though, you’re guided through a short narrative where you carry out conversations that allow you to make some choices. How much impact your choices have on the overall outcome is unclear, but it feels nice to have some control over how Gary should react in certain situations. 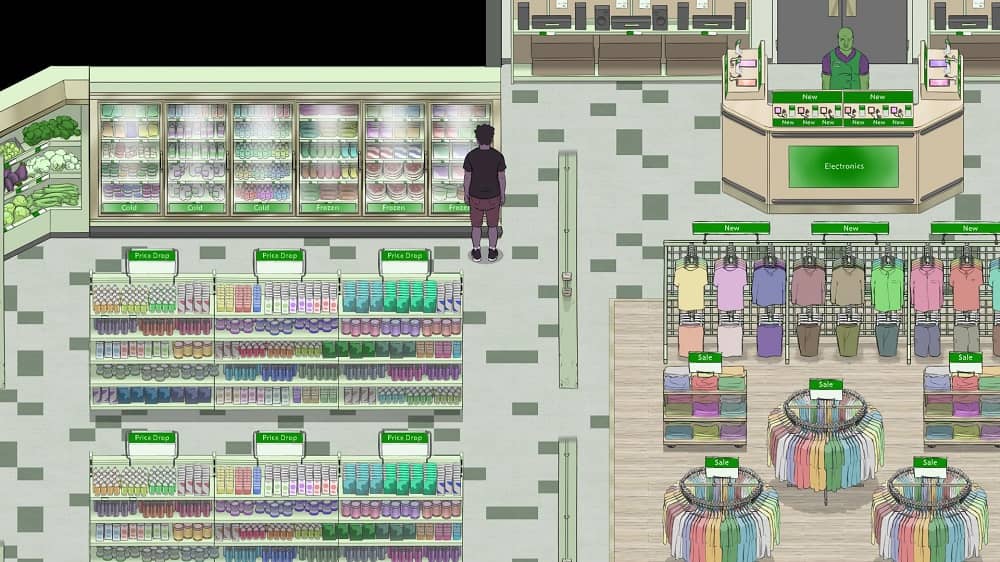 Some of the choices that we have to make as Gary — and some scenarios we’re forced to endure, regardless of how we feel — are pretty tough, and Legendary Gary brings up a surprising amount of philosophy that at times makes us ponder our own morals. The amount of depth crammed into a fairly short amount of time is pretty intense, and after the credits rolled I found myself questioning everything I’d just witnessed. In a good way, though – a way that only a truly meaningful experience can.

And then we have Legend of the Spear – a fictional world inside Gary’s computer that somehow merges in strange ways into his real life. There’s a separate narrative here too, but honestly I found it rather laborious to follow. I enjoyed a few of the parallels, but mostly I clicked through to simply get to the combat sections. These are without a doubt the highlight of Legend of the Spear — if not Legendary Gary as a whole — and the only real ‘gameplay’ that the game offers.

A turn-based strategy where every character makes a move simultaneously, each battle is more of a puzzle than combat. Each member of your party has their own special skills, but it’s more about anticipating your opponents’ moves, avoiding their advances and getting yourself into position. The battles get trickier as the game progresses, with new enemies being introduced with different movesets, but it’s never particularly taxing considering you can undo any move at any time. It’s a case of trial and error, but it’s fun nonetheless. 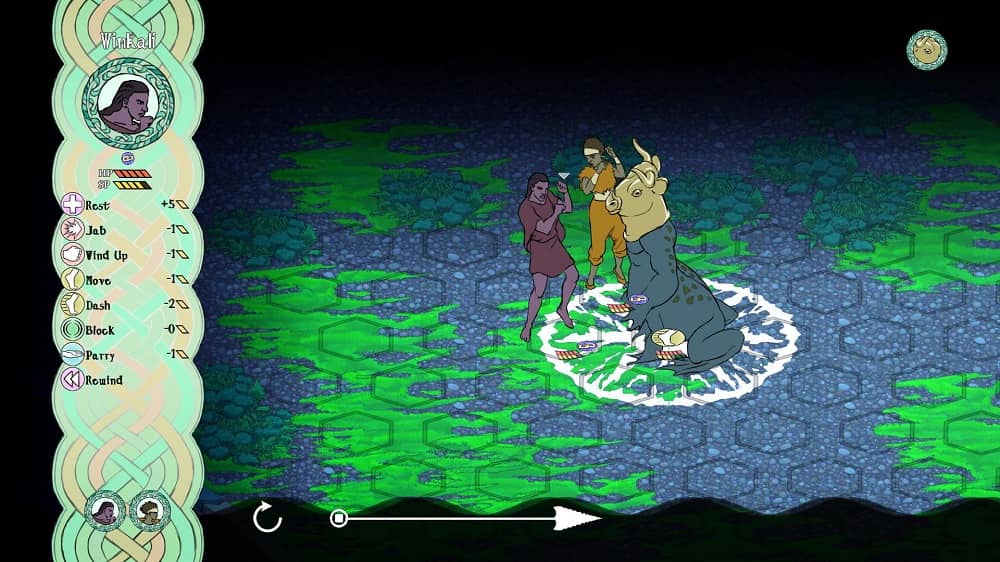 The highlight of the combat sequences, though, is undoubtedly the soundtrack. The only instance of music in the game, most battles have their very own song — a number of funky, synth-heavy tracks from artist xXsickXx that you can’t resist bopping your head to. The tracks are completely out of tone with the traditional RPG setting of Legend of the Spear, but the disparity somehow only makes it more enjoyable.

Roughly a four-hour experience, Legendary Gary is a strange game to sum up, but one that’s totally worth your time. Unlike anything I’ve ever played before, its unique mixture of fantasy and reality makes for a thought-provoking, sometimes uncomfortable, sometimes funny journey that often touches too close to home. It raises surprisingly deep questions and asks us to consider morality more times than we like to in the course of a day, all hidden within a seemingly playful package. Considering it’s largely been crafted by just one man, Legendary Gary really does deserve that legendary status.

Legendary Gary is available on PC.