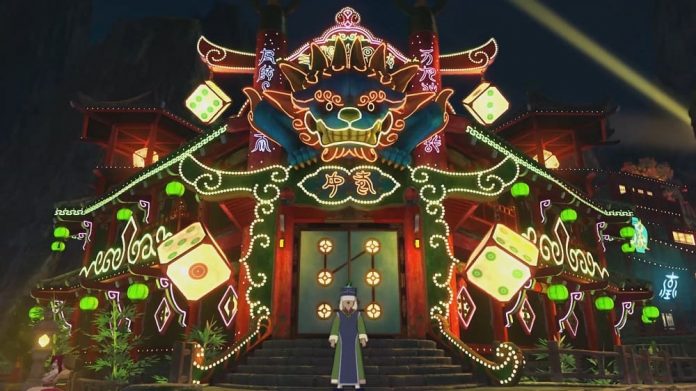 I don’t know about you, but I fondly remember my time spent with Oliver, Drippy and co. in Ni No Kuni: Wrath of the White Witch.

That’s why when given the chance to get hands-on with its upcoming sequel, Ni No Kuni II: Revenant Kingdom, I jumped at it. And I didn’t come away disappointed.

Given access to chapters 3 and 4 of the game, offering a meaty cross-section of its features, my first adventures with Evan, Ni No Kuni II‘s chief protagonist, and his friends had me visiting the town of Goldpaw. A curious place in which important things like taxes are decided by the throw of a dice, Evan and his buddies quickly become suspicious after a quick spot of gambling leaves them heavily in debt. 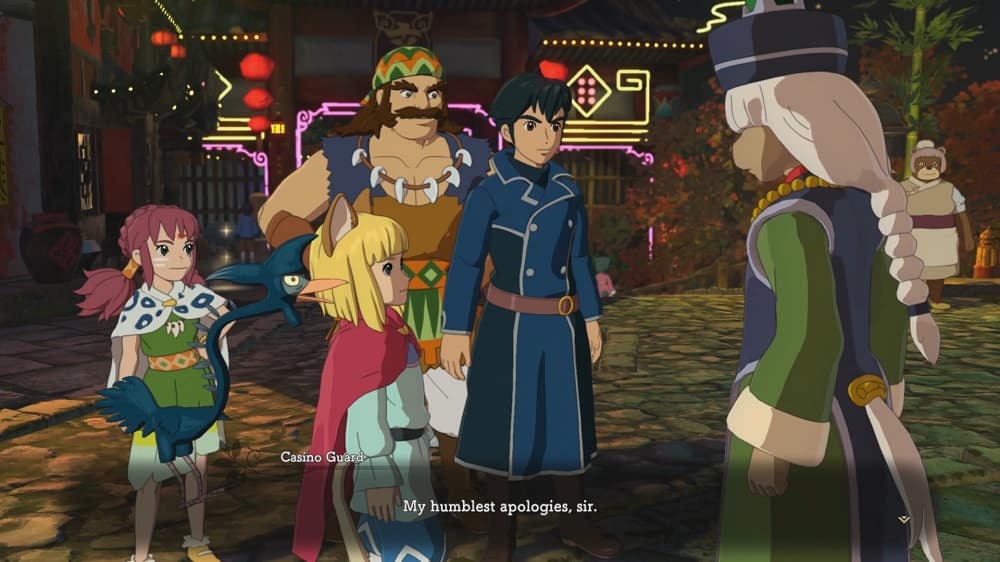 Straight away, it’s clear to see that Ni No Kuni II: Revenant Kingdom channels the spirit of the original game. It has similar Studio Ghibli-like visuals across its locations and story scenes, characters are over-the-top and full of personality, and while there’s no Drippy this time around there’s Lofty – a fairy that looks like Lisa Simpson’s hair but with limbs and facial features. Oh, and it has got regional accents, of course.

Heading back onto the world map and then into a forest to investigate a lead, it’s quickly apparent that the biggest change to the formula is that the combat is no longer turn-based. Now taking place in real-time and very much action-focused, combat is similar to that found in games such as Dragon Quest Heroes, where you have both standard and heavy attacks as well as a range of special attacks which can be assigned. Suffice to say, I liked it. A lot.

It’s more fluid, exciting and engaging. It speeds up the pace of the game and makes it more interesting. The combat is surprisingly deep too, with you being able to block, dodge, use ranged attacks, switch weapons and make use of tiny creatures called Higgledies on the fly. Honestly, if you were worried about the combat being changed, stop right now. It’s fantastic. 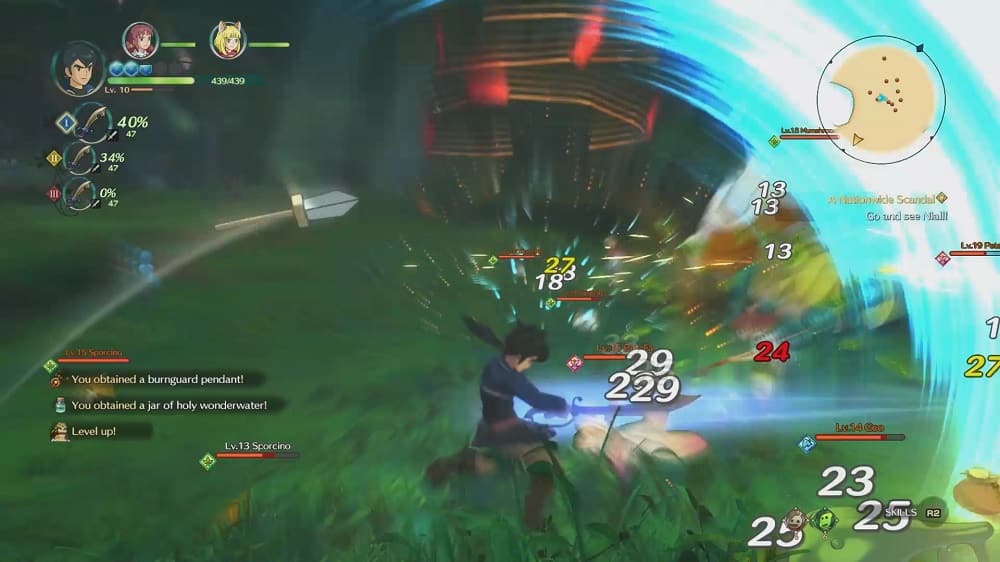 When in a location, combat is often engaged by a hostile enemy that feels a little frisky, or you can simply whack a foe with your weapon, drawing all enemies which are near into the fray. There’s no cut to a battle arena or anything of the sort – you do battle right where you stand – and you can quickly change who you’re in control of to make the best use of your active party. Out on the open adventure map, however, engaging in combat is much more old-fashioned, with you being whisked to a small environment when you touch a roaming enemy. As such, Ni No Kuni II: Revenant Kingdom feels like a great mix of the old and the new.

One location I was able to explore surprised me with a mysterious door that enabled me to do a bit of dungeon crawling. As a danger meter steadily increased, I was challenged to explore, find orbs and battle enemies while seeking the door to travel to the next level or return back to safety. Offering rewards for those willing to put in the time, it’s a good indication that Ni No Kuni II: Revenant Kingdom will have a lot to offer to those gamers who like to see and do everything in the games they play. 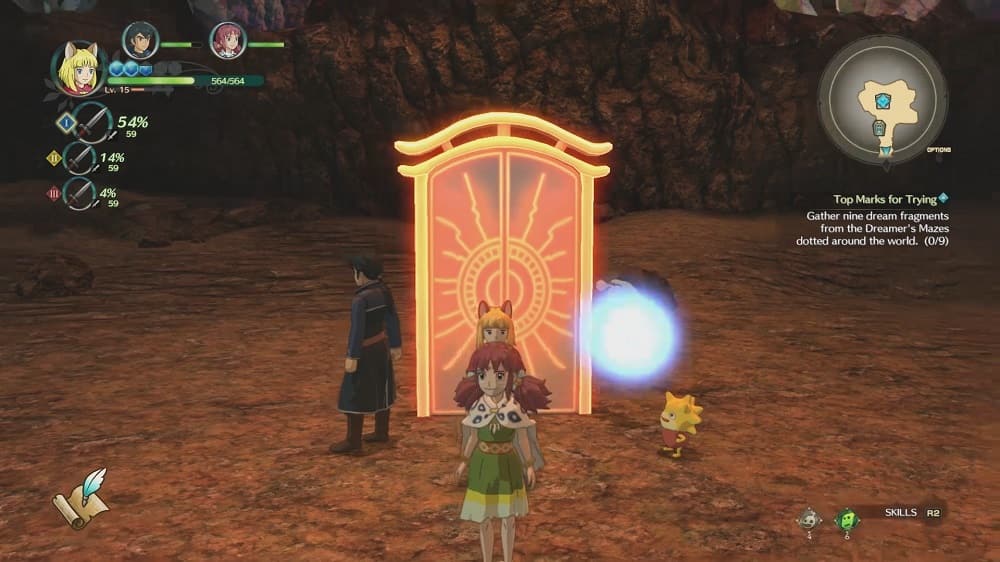 The one aspect of Ni No Kuni II: Revenant Kingdom I was worried about before trying it was its new RTS elements, but thankfully they feel light. Entering a skirmish battle while adventuring across the world map allows you to create and send squads of troops into battle. The squads assemble around you, and it’s your responsibility to make use of their strengths to send the enemy packing after giving them a whacking. Again, you have skills which are accessible with the right trigger, and you can also charge at the enemy. To be honest, I didn’t quite learn or understand everything that skirmishes have to offer as I wasn’t privy to a tutorial, but they seem like a great deal of hectic fun.

Rounding out Ni No Kuni II: Revenant Kingdom‘s gameplay are its kingdom building features. Evan wishes to build a kingdom that’s peaceful and better than all others, but to do so he needs lots of gold and plenty of constructive inhabitants. You can build useful structures like a blacksmith and a nursery for Higgledies, level them up to make them more efficient, and even carry out research to further your cause, but you’ll need to assign personnel with the appropriate proficiencies to make the most of them. Citizens will flock to your wondrous kingdom during the course of the story, and as it prospers you’ll get more gold which can be used to further develop it. Development of the city is linked to your personal development too, allowing you to learn and power up skills as well as create new weapons and armour. 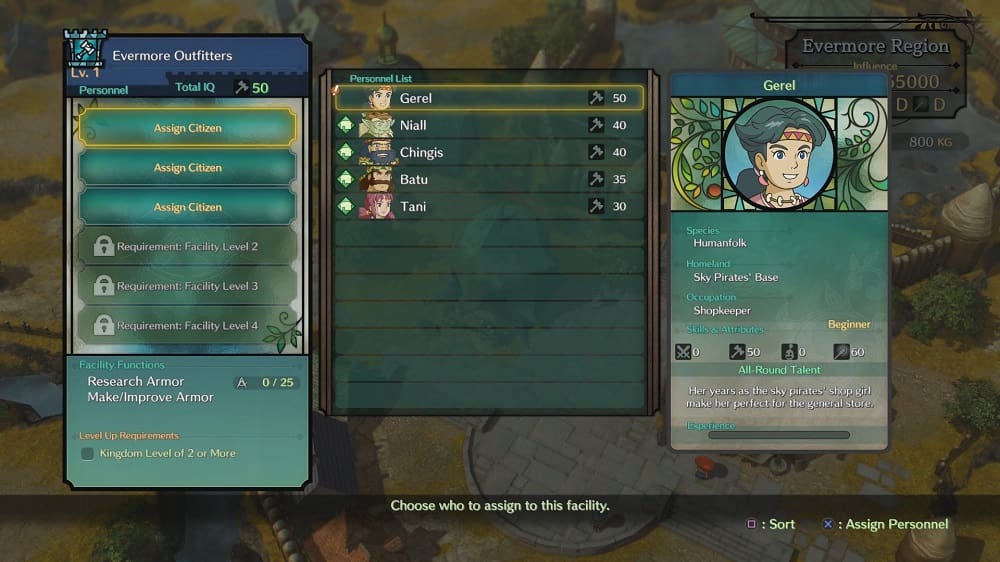 Ni No Kuni II: Revenant Kingdom is released for PlayStation 4 and PC on 23rd March. Preorder your copy on Amazon now. 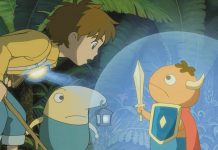 Ni No Kuni: Wrath of the White Witch Remastered Review 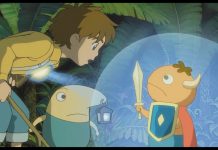