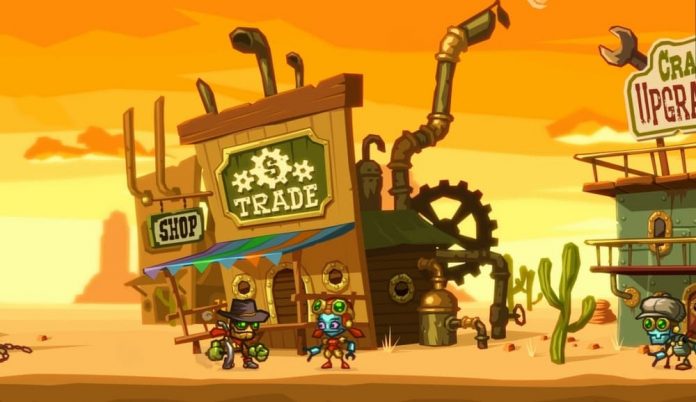 SteamWorld Dig, like its mechanical protagonist, is far more than the sum of its parts.

There’s nothing especially remarkable about SteamWorld Dig’s plot, which revolves around a robot miner’s attempt to claim his inheritance. The title’s core gameplay also sounds as if it belongs in a microtransaction laden mobile game; you dig ever downwards so you can purchase upgrades that let you dig further and faster. And yet as a coal-dust smeared package, this 2D action-adventure is so addictive that you’ll keep shovelling until you hit lava. It has also, oddly enough, arrived on the Nintendo Switch a good five months after SteamWorld Dig 2, but that’s no excuse to let this dig-em-up slip through your fingers. 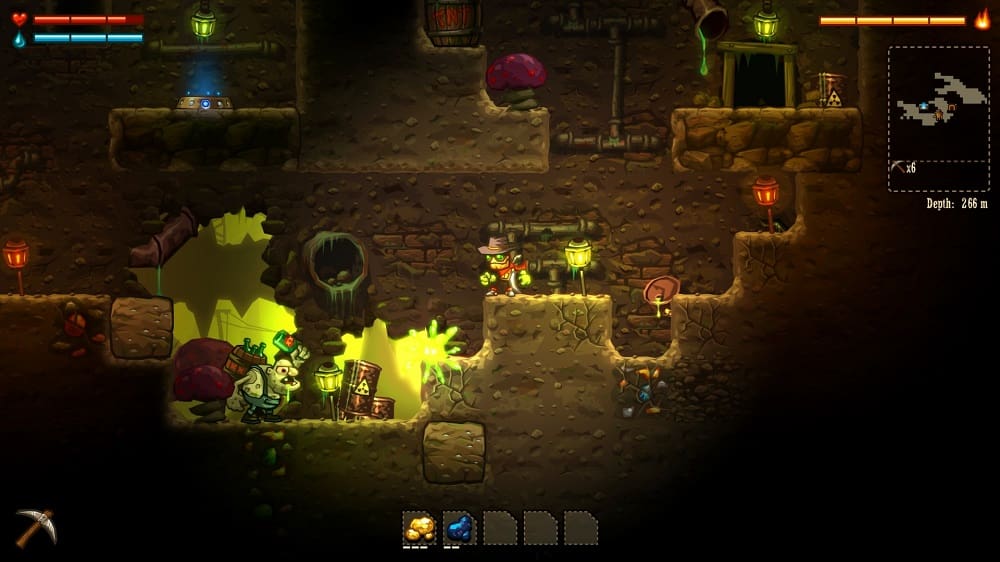 Part Metroidvania, part Dig-Dug, SteamWorld Dig pours on the charm from the word go. Your steam-powered avatar, Rusty, is adorably stoic and mutely determined to make his fortune in his late uncle’s mine. Despite its name, this western-style action adventure takes place entirely within a vertical slice of the globe which is home to Rusty and a few other resilient robots as well as a range of subterranean foes. All are beautifully and colourfully rendered, so much so that you’ll almost regret stoving the latter’s heads in with your shovel.

But shovel you must, whether you’re using the implement to dig your way down or dispatch a mutant monster. Digging your way to the ends of the earth is an absurdly entertaining endeavour, an extension of the strange drive that has many a child excavating large chunks of their back garden in the search for treasure. And in SteamWorld Dig there’s no need to stop; no-one to call in you in for tea as you plough through the game’s muddy world.

You’ll periodically be pointed to puzzle rooms which serve as a test of your platforming and thinking skills. You may be tasked with digging through rocks in a specific sequence, to undermine a series of large boulders that are blocking your way. Or alternatively, you may have to trick a group of the game’s shambling nasties into blowing themselves up. But for the most part you’re digging downwards through one interconnected level, following your own path with the depth meter ticking over satisfyingly as you plunge ever deeper. 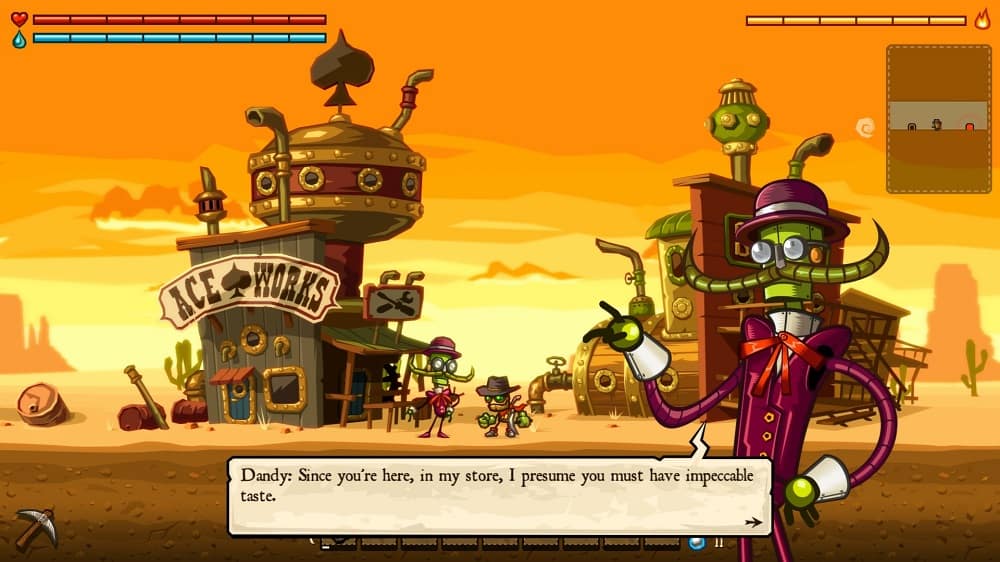 Equally satisfying is the manner in which you can fill your pockets with treasure, which in turn allows you to purchase upgrades when you eventually return to the surface. I grinned like an idiot when I’d gathered enough minerals to upgrade my pickaxe, giving me the ability to smash through rocks at a marginally faster speed than normal. And then, after solving one particularly tricky puzzle room, I was gifted with an automatic drill – a day that will forever go down in history as “The Rockpocalypse.”

SteamWorld Dig’s rocks might be in danger from you, but the reverse is rarely the case. Whether you’re hacking away with your pick-axe or powering through dirt with the electric drill, there’s relatively little risk of getting crushed to death. Occasionally you’ll encounter a precariously placed boulder, but you have to hang around underneath it for a good couple of seconds to become a robot-pancake. Instead, it’s the game’s monsters that pose the biggest threat to your mechanical person.

That’s not to say that SteamWorld Dig is a cakewalk. As you progress, the game’s focus slowly shifts from straight digging through to platforming. You start to encounter obstacles that you can’t easily dig through, no matter how well equipped you are, and so are forced to reconsider your route.  And while it never goes full-on Doom, SteamWorld Dig’s nasties become increasingly more challenging, each requiring a different approach such as stealth or the use of handily placed explosive barrels. You’re by no means defenceless, but head-on confrontations against more than one foe rarely end well. 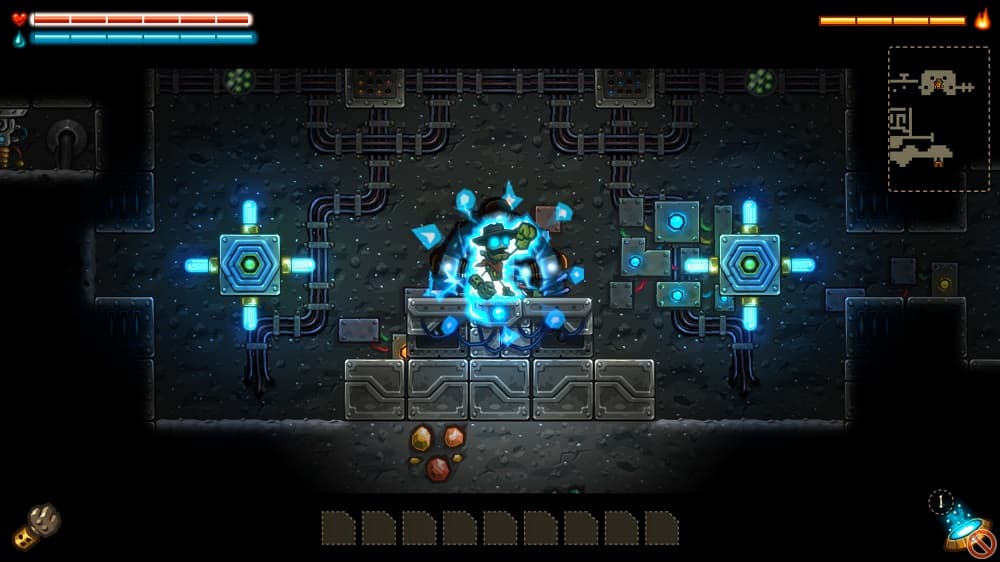 The aforementioned Rockpocalypse came to an end when I discovered that Rusty’s drill needed to be fuelled with water, another way SteamWorld Dig ensures you’re never overpowered. Throw in the change of scenery (and enemies) that occurs when you hit the required depth and, coupled with a solid soundtrack, you’ve got a game that never outstays its welcome.

SteamWorld Dig isn’t without its flaws. The story never really grabbed me, and the game bestows so many abilities upon you that occasionally you’ll forget about a key skill; I spent a good few minutes scratching my head until I remembered that, two hours or so ago, I’d acquired the ability to steam-jump. And on the subject of controls, Nintendo Switch’s bisected controller is unlikely to cause you any problems; the game is as equally easy to play using a pair of Joy-Cons as it is with the more traditional pro controller.

Charming and engaging in equal measure, SteamWorld Dig offers a quirky, addictive subterranean adventure that is well worth digging into. 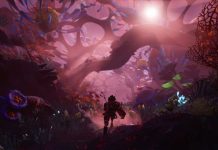