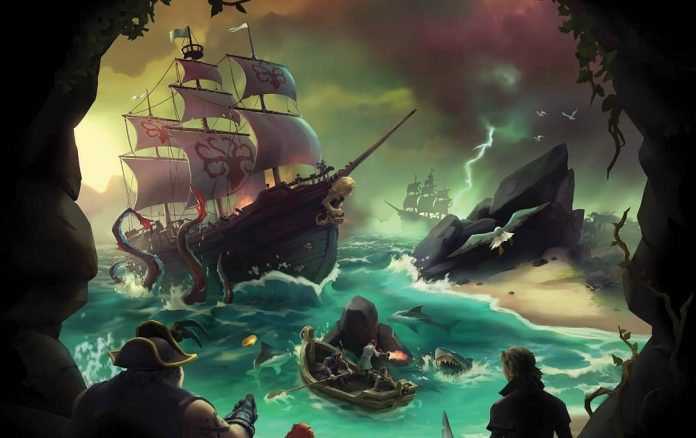 I experienced a rather quiet sea on my own. In my time with the beta playing solo I saw only one other player. I couldn’t work out why; I was under the impression you go to a server filled with players sailing around, but I consistently got put in empty servers. I imagine this to be a beta only issue however, as when matchmaking on the biggest ship there were players all over the place to be wary of, and I had way more fun.

Realistically, Sea of Thieves is a great example of why betas aren’t demos; there’s always going to be problems, and we just have to hope that this beta gave Rare all the information it needed to avoid these issues at release. The issues were a real shame for the beta because when it worked well, my time with Sea of Thieves was one of the best multiplayer experiences I’d had in years – in a beta! I’m hoping on release I can get some friends together to go sailing with me as I had a blast even playing with randoms. 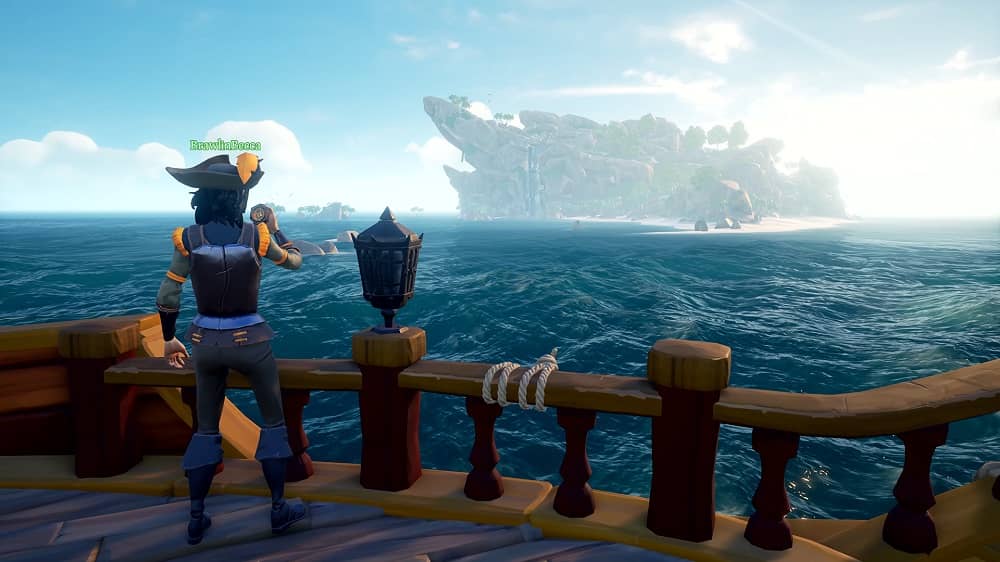 There’s a main gameplay loop that on your own gets quite monotonous. Buy a map for a chest, go out and get the chest, come back and sell it, rinse and repeat. When you have a relatively simple loop like that, you need to break it up with something, and that’s where an ocean populated by other players comes in. It adds a subtle PUBG-lite tension by keeping your eyes and ears open, mindful of enemy ships at all times, and making sure no scallywag steals your treasure. However, player respect enters Sea of Thieves in moments where both ships have treasure they’d like to get back and would rather not risk losing it all — there’s a code to sailing the seas, you see.

Treasure clues come in the form of either simple map of an island with a thematic ‘X’ on it, or riddles. A riddle may describe an island in its first line, and once you reach it, the second line is revealed, but this time it’s more cryptic; it could be something seemingly small but particular, or perhaps it requires you to perform an act in a specific place on an island. The final riddle tends to be instructional pacing steps toward the chest to dig up.

Read more: Sea of Thieves is an Online Multiplayer for Everybody

Every element of Sea of Thieves’ aesthetic perfectly encapsulates its tone. Everything in its art direction is cartoony and playful, and the rest follows suit as if the whole team at Rare decided to have fun with it: you can play music, drink grog, get wasted and throw up all over the deck and your shipmates. It’s nice to see Rare making a game that truly feels like everyone on the team had a complete blast working on it.

I’m slightly reluctant to go into too much detail in this preview because of the server issues that plagued Sea of Thieves’ beta. What I can say though, is that during its functional periods, it showed incredible promise to be a truly engaging multiplayer experience. When I got together with others our communication was good, and heading out together to find treasures was enjoyable. Of all the games I’ve been playing in the last couple of weeks, the Sea of Thieves beta is the one I’ve kept wanting to go back to.

Sea of Thieves seems to hit that “just one more turn” mentality in me — except in this case, it’s “one more treasure”. I’d set aside thirty minutes or so to play it, and two hours later, I’d still be engrossed.

There are three big releases scheduled for Sea of Thieves’ release date of 20th March, and this is the one I’m looking forward to the most. I just hope the server issues from the beta are nowhere to be seen. 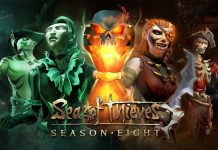 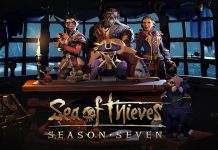