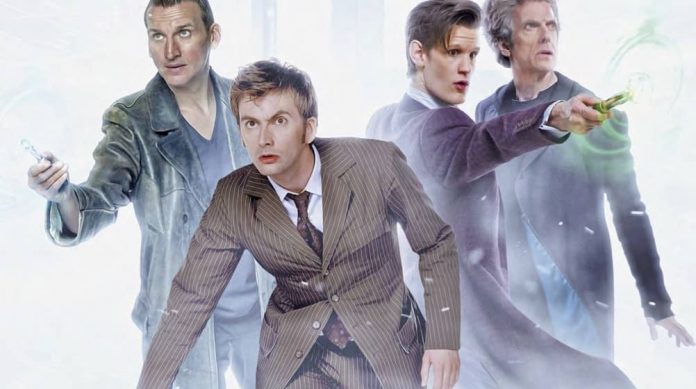 The Doctor, or should I say Doctors, are back in a new beautifully illustrated comic book entitled Doctor Who: The Lost Dimension from authors Nick Abadzis, George Mann and Cavan Scott, and illustrated by Rachael Scott and Adriana Melo.

Doctor Who: The Lost Dimension Book One follows many of the iterations of the Doctor as they unite together to fight a common enemy: the void. The void is the empty space between different universes and, when it suddenly becomes sentient and hungry, it’s up to the doctors to stop it. Some of the familiar faces you’ll see in Book One include Jack Harkness, Rose Tyler, Nardole, Bill Pots and of course Doctors 4 and 5 as well as 9-12. The Lost Dimension also focuses on the Doctor’s daughter Jenny as we get to see where her adventures have taken her since she was last seen on the show. 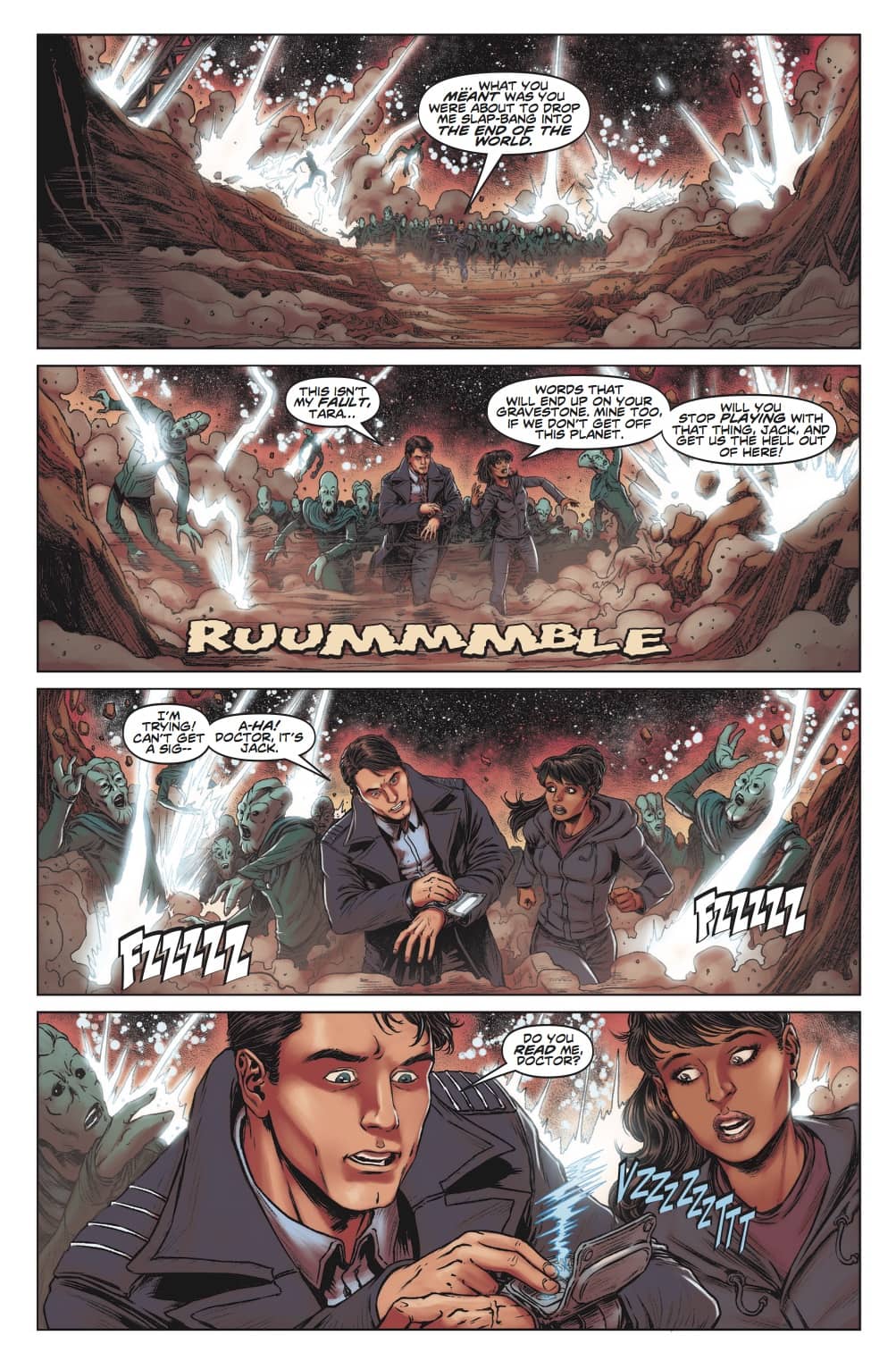 The Lost Dimension follows each of the most current series of Doctors in their own mini adventures making it perfect for any fan who might want to see their favourite Doctor in action again. The 9th Doctor encounters an old Silurian friend, the 10th Doctor is forced to fight cybernetic foes, the 11th goes beyond the universe and enters a place that was seemingly “impossible” to reach, and the 12th doctor with the help of Bill, Nardole and Jenny, tries to figure out a way to stop the void from devouring the universe. Some of the earlier Doctors will also make an appearance.

I had no idea what I was getting into when I started The Lost Dimension but now I can’t wait to read what happens in Book Two. The best part about this particular comic is that you get a taste of everything you love about each Doctor because they’re all right there in one place. You don’t have to choose. You’ll get some much-needed bonding time with them all. The Lost Dimension’s dialogue is extremely impressive and incredibly accurate that I swear I could hear each of the doctor’s voices in my head saying the dialogue as I read along. 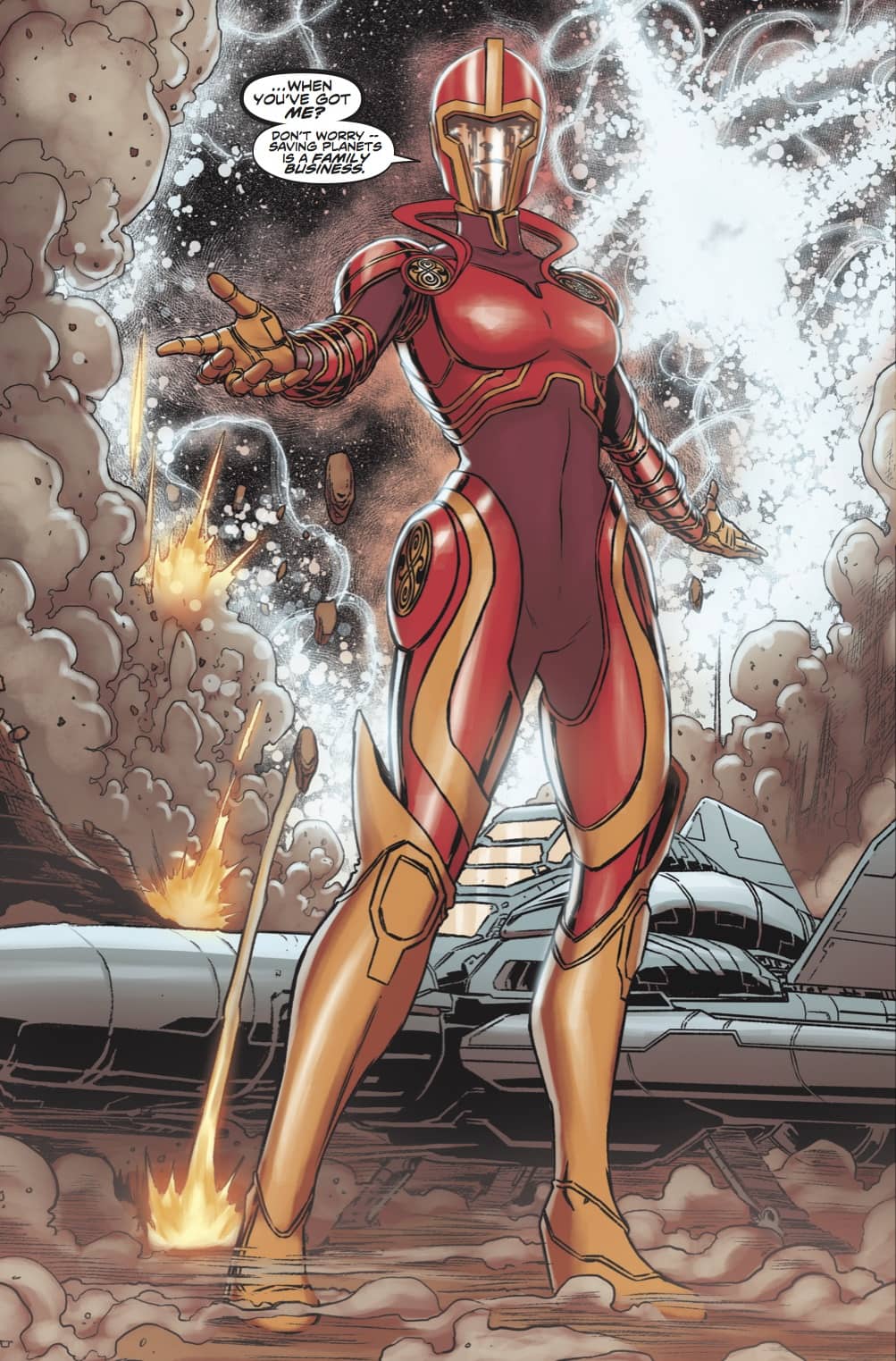 Doctor Who: The Lost Dimension is a great addition to any comic lover’s collection and a definite must-read for Doctor Who fans. Readers can expect a story that is action packed, beautifully illustrated, brilliantly written and overall lots of fun. Look forward to seeing more of the doctors in action in Book Two as well as maybe some more beloved companions getting some page time. In the meantime, Allons-y! 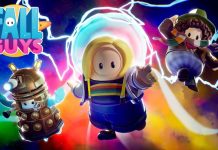