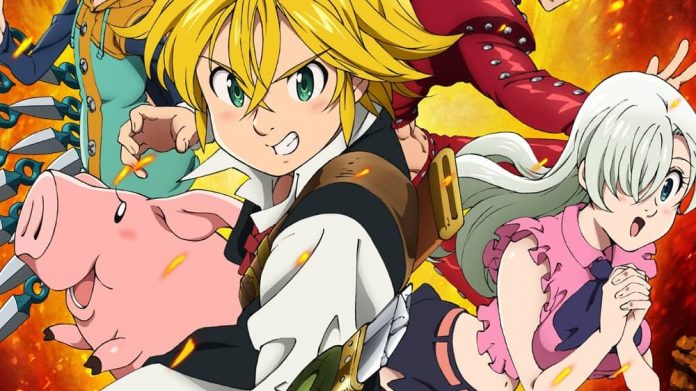 From the leaders in anime games across every platform, Bandai Namco returns with one of the most fun anime series in recent years, now transformed into a crazy video game version.

The Seven Deadly Sins series has captured the hearts of anime fans around the globe in the last couple of years as its bouncy, cheerful art style and quirky cast of characters allows for fans of many ages to enjoy the world of Britannia.

The game, then, has a lot to live up to. Many die-hard fans are expecting a thorough homage to the original, while more general anime fans are looking for a game that will appeal to a mass audience to prove that anime games are not just for anime fans. But does it live up to the hype?

The story itself focuses on Princess Elizabeth, who is actually third in line for the throne of Liones but she fled her kingdom after it was taken over by Holy Knights staging a coup d’etat. Now her plan is to enlist the help of the Seven Deadly Sins, a roguish gang of knights who managed to defend the kingdom a decade previously before they were forced to disband when they were accused of plotting to overthrow the kingdom themselves. Ten years on and Elizabeth, along with her trusty side-kick Hawk the pig, manages to find the group’s leader Melodias running a travelling pub atop a giant pig’s back. The two agree to utilise the pub in order to search for the remaining Sins. 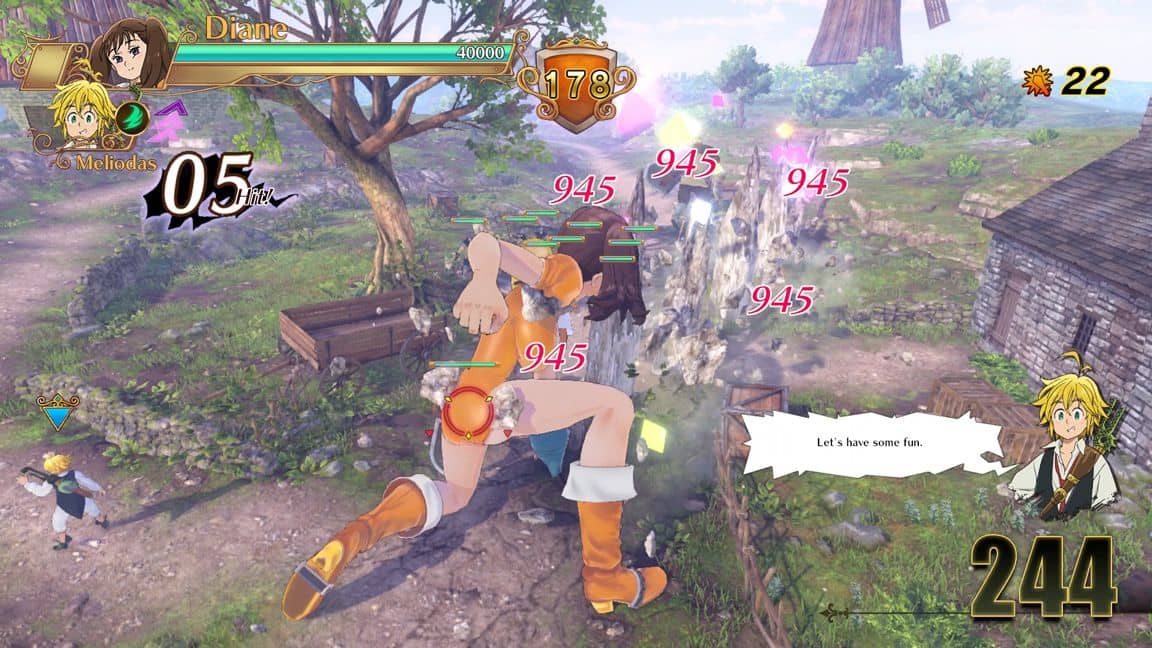 The game is broken up between an Adventure Mode and a Duel Mode. In Adventure Mode you’ll play the story of the game (which is based on the story line of the anime), and in Duel Mode you can battle against CPUs or other players on local or online modes. However, it is only Adventure Mode that allows players to unlock more characters and arenas for Duel Mode.

In order to unlock missions players must travel the 3D map via the Boar’s Hat and battle the Holy Knights as Melodias, which will allow them to gain hearsay or rumours from the local townsfolk drinking in the pub following a battle. Each mission is graded, and the better a player performs the better the rumours will be. Though this is an interesting dynamic for a game, it sadly feels a little underdeveloped. It’s not particularly challenging to earn gossip points, so it can often come across as undeserved progress through doing the bare minimum.

Missions vary between 1-on-1 fights, 2-on-1 fights, 2-on-2 fights, gathering side quests, and missions that involve taking out a certain amount of Knights within a time limit. The latter of which causes several problems, as it moves from a close up to a bird’s eye view, slowing down the fighting sequences and stiffening movement considerably. It can be frustrating, especially with the added pressure of a time limit being in place.

Adventure Mode is also very linear, and unfortunately doesn’t offer enough actual adventure. However, once you unlock each of the Sins it does open up more options, and with each Sin offering their own unique strengths and powers, it does give some sense of variety. 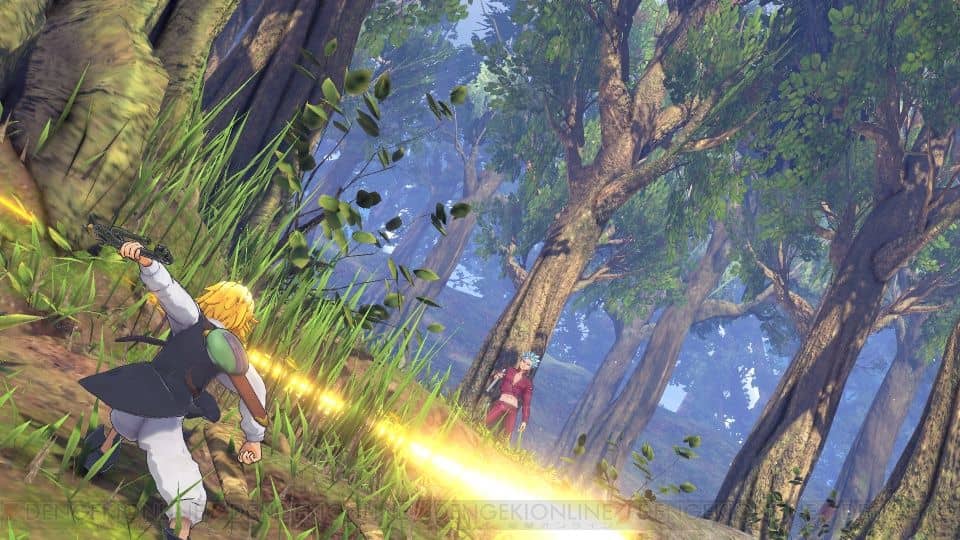 When it comes to the individual fights, there are dash, light attack, and heavy attack buttons – with various combos available for each character’s special moves and cinematic super moves. Though the basic fighting style and button combos are the same for each character, it doesn’t feel particularly repetitive, and each character still feels like an individual, with unique sets of skills and magic.

The battles are high intensity, fast paced, and hectic which is incredibly fun for a while, but as the game progresses it becomes very formulaic, as you reach new towns and battle more knights to unlock more areas and so on and so fourth: it becomes cyclical.

But the biggest disappointment for me was that there is no real opportunity to explore the land of Liones. The landscape looks luscious and diverse, and the graphics are surprisingly detailed. The contrast between the cartoonish characters and the highly intricate surrounding of forests is a lovely art style offering for future games, but it is a shame there is no open world aspect, so players can truly immerse themselves within the world they have come to love.

To begin with, Seven Deadly Sins: Knights of Britannia starts off well, and does honestly adhere to the original story line. The fighting mechanics are well done, fast paced, and a little manic, and despite the lack of variation, they are still the most fun part of the game. Though I feel there could be a lot to add to it as a whole, the game still does the story justice, has enough that game fans will want to give it a go, but not so challenging that younger fans of the anime can’t sink their teeth into it also.

Seven Deadly Sins: Knights of Britannia seems try and offer a little something for everyone — which is both the game’s selling point and downfall. Though it is accessible and enjoyable for many, it means everything that makes the anime so enjoyable is being spread too thin. It needs to be more focused, less complicated, and the good aspects need to be made great.

Seven Deadly Sins: Knights of Britannia is available on PS4.