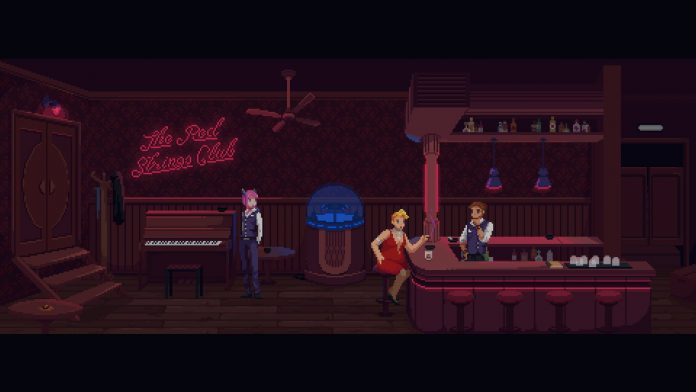 At first glance, sci-fi adventure The Red Strings Club is pure eighties cyberpunk: all neon, implants and improbably bulky eyewear. But take a seat inside this hallowed establishment and you’ll be regaled with a tale that is resoundingly human.

True, it tackles themes as lofty as transhumanism and the value (and cost) of free will but The Red Strings Club would be nothing without bartender Donovan and detective Brandeis, whose relationship serves as the game’s beating, emotional heart. This couple, protagonist and deuteragonist respectively, have been together long enough to be at home with each other’s quirks and it shows. They don’t need to shower each other with adoration; the few words of endearment they do utter speaking volumes about their life together, a seam of sentiment that runs throughout the game.

Even when you’re battling to halt a corporate plot, it’s Brandeis and Donovan’s fates, not the world’s, that are foremost in your mind. Developer Deconstructeam clearly understands the value of telling such a personal tale, not least since the game begins with Brandeis plummeting to apparent doom. You’ll be praying that the pair get their much deserved happy ending but given that the game riffs heavily on Blade Runner and its ilk, ambiguity is perhaps the best you can hope for. 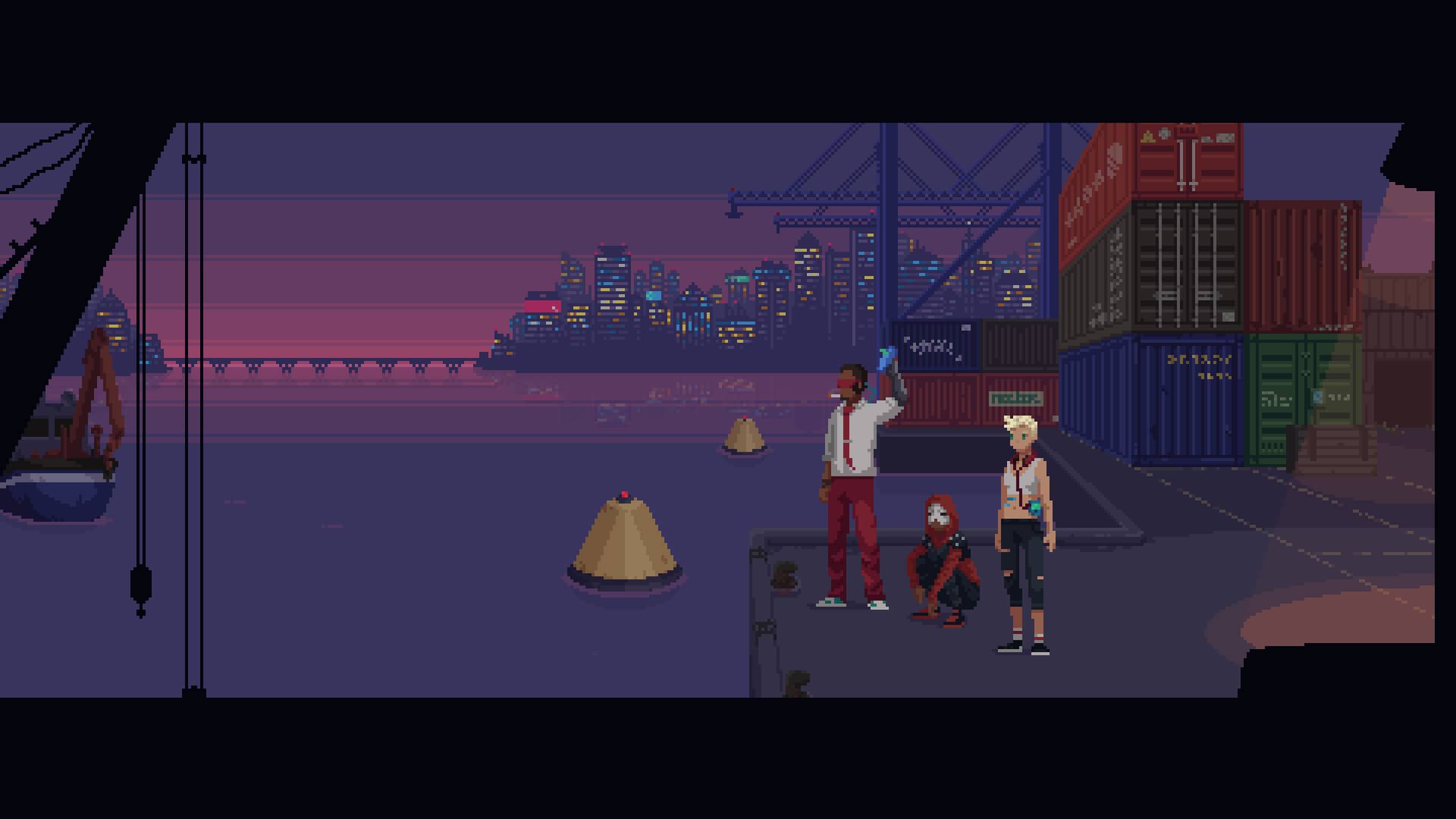 Unravelling the cyber-conspiracy requires surprisingly little legwork and takes place in a mere three locations, rendered in beautiful pixel-o-vision. This is a point-and-click adventure with less puzzle-solving, more pouring; your chief means of interacting with the world is engaging in dialogue with the club’s clients and pouring them all manner of mind-altering drinks.

As suspect as this sounds, The Red Strings Club, manned by Donovan, has such a grand reputation that drinkers willingly subject themselves to his tonics. Unlike the game’s opening sequence, which is frustratingly fiddly to negotiate, drink-mixing is an engaging and rewardingly tactile experience. Each customer has between one and three mood-states and, by mixing together the appropriate liquors you can serve a drink that matches one of these moods. Each bottle, when poured, makes the cursor move in a particular direction, until it’s aligned with a mood icon. Pour out too much and you can drain the glass, drop by drop, by tipping it sideways; this action in itself is oddly satisfying.

You have an infinite supply of alcohol so while the The Red Strings Club catalogues your dialogue choices, it’s impossible to fail at the game. It is mildly disappointing that you can’t craft your own deranged creations and although the mood-imbued drink you choose to give your customer alters the conversation that follows, there’s no branching narrative in play. Furthermore, there are occasions when the game’s dialogue is so loaded with exposition that it takes you right out of the game. 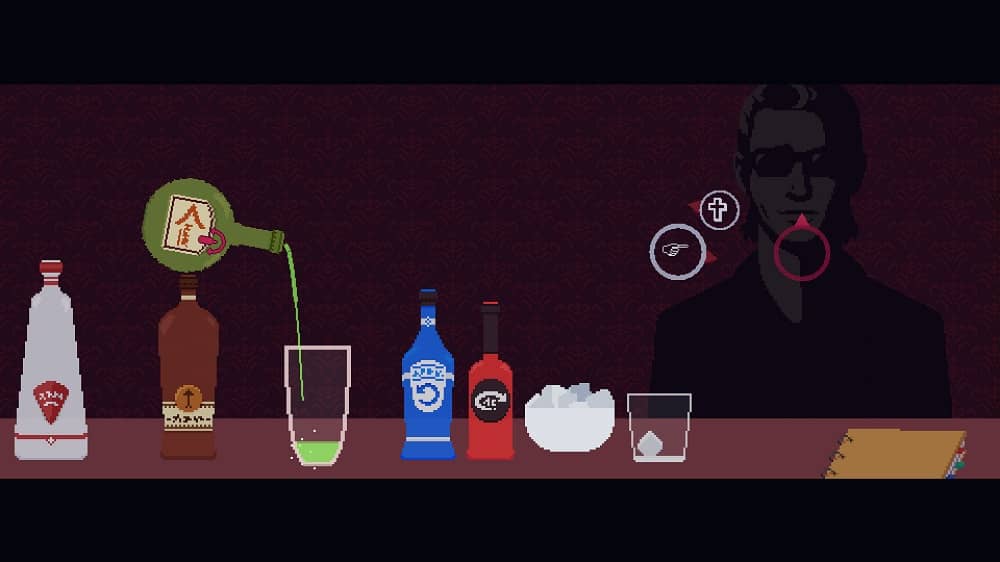 But for the most part, The Red Strings Club’s dialogue is sharp, witty and on point. The banter that takes place between Donovan and his customers not only humanises them but undermines your moral position. As clear as Donovan’s convictions are, it quickly becomes apparent that the mega-corporation is not the overtly-evil money-grubbing entity you might have come to expect. Stepping into Brandeis’s shoes further muddies the moral waters as you lie and finagle your way to “victory”.

Every other lie I, as Brandeis, told left a sour taste in my mouth and while The Red Strings Club’s linear storyline means you have no choice but to take on the aforementioned corporation, you don’t have the luxury of being in the right. Even though the game takes a mere four hours to complete, you’ll still be mulling over the game days later. Play it with a friend and there’s every chance you’ll be debating the questions it raises well into the night. The Red Strings Club’s superb soundtrack is the icing on the cake, injecting a further dose of film noir, evoking not only Blade Runner but other eighties cinematic outings.

Thought-provoking and heart-warming, The Red Strings Club may be brief but it’s good to the last drop. And, like the drinks that Donovan serves, it’ll have you coming back for more.

The Red Strings Club is available on PC.