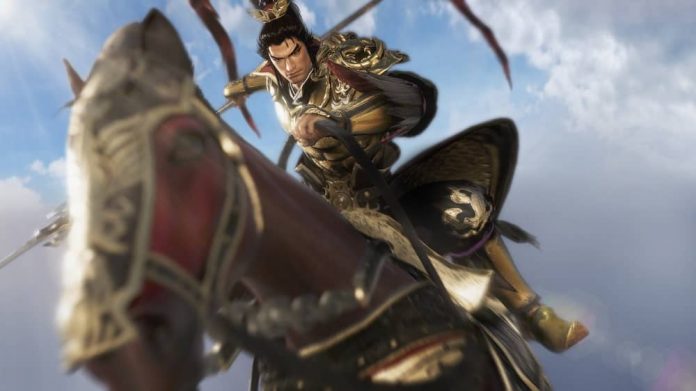 With a new sprawling open-world approach to the legendary hack-n-slash series, Dynasty Warriors 9 has plenty to keep you busy.

Here are a few tips and tricks for your first few hours in the game.

Your first task will be selecting which story you want to follow, which subsequently decides which Warrior you control. The stories do not differentiate much, so it’s really more about which character you feel most comfortable using.

As you progress, you’ll unlock even more Warriors to use, as the roster in Dynasty Warriors 9 is quite large. Keep in mind that each Warrior has a ‘Favourite Weapon’, which when used allows them to activate ‘Unique Attacks’ which otherwise cannot be used.

Your gem infusions, weapons, consumables, etc. will carry over from game to game, so you’re free to meddle around with all the available starting characters until you find your comfort zone. The weapon movesets are not drastically varied, but being comfortable with your gear is crucial in any game, really. The 1 vs. 1000 mentality of the series still exists here in Dynasty Warriors 9, so combat means you’ll be dicing through loads of combatants. You have a very simplistic moveset, with light attacks and heavy attacks. By holding the shoulder button you can activate Trigger Attacks with button presses as well. Keep in mind that your heavy attack is generally unchainable, so it will break a combo in most situations. However, you can splice in Trigger Attacks between light and heavy attacks to keep a combo going strong.

Crafting gems and gear is important for upping your potential in combat. Unlike most gem infusion systems, in Dynasty Warriors 9, you infuse gems to a certain Trigger Attack, not to a weapon. You can set it so each one of your special moves applies a different elemental damage type. Another great tip to keep in mind is that weapons will maintain the elemental damage of a Trigger Attack so long as your combo doesn’t stop, therefore you can make it so your light attacks now have elemental benefits to them.

Your Trigger Attacks, and super move (available when your musou gauge is full) can also be used as aerial attacks. Stop by shopkeepers and blacksmiths to craft important weapons/armour/gems to give yourself extra benefits like strength, stamina, or musou gauge extensions. You’re free to explore at your leisure in Dynasty Warriors 9. I highly suggest spending a decent amount of time exploring the map and gathering materials early on, as it will make crafting and trading simpler in the long run.

Keep an eye out for coloured butterflies as you explore, especially those that are purple, blue, or gold. These butterflies denote locations of items, rare or otherwise, but the specially colored ones are rare items. Any time you get an on-screen notification about a nearby stash of rare goods, go there quickly and pay attention to where it’s marked on the map! These will always be large groups of worthwhile items, usually either great for crafting or worth lots to sell. Keep a large supply of items and you’ll never be left out to dry when trying to craft.

While you’re running around looking for collectables or opening the treasure chests located on the map (another thing you should be doing a lot of), always look for watchtowers. Much like sync points in Assassin’s Creed, they will reveal parts of the map and mark items and areas of interest for you.

Odds are you’ll also see orange dots on the map; those are wild animals. Equip your bow, and remain hidden, to get one shot kills and obtain better gear. The more hunting you do, the more Hunting Points you get. Visiting a Dilettante (which you’ll find into your second quest) will allow you to trade Hunting Points for some really good gear. Anytime you see some deer or wolves, it’s worth the time to take them out. Dynasty Warriors 9 is no different than the others in the sense that map control is crucial. Pay attention to how and where the enemy (red) is moving, and where your troops (blue) need help or reinforcement. Don’t just focus on missions, capture territory and bases!

On the map, you’ll see several important icons. Some you really want to pay attention to are: the crossed swords, the tent/city, and the tent/watchtower combo. These areas will allow you to combat somewhat large enemy forces, and subsequently take over the territory. By doing so, you gain a number of benefits. You now have access to the resources that base had (which are located in breakable crates), and taking control of enough territory can even decrease the level of your main mission, by giving your side more troops to work with thus turning the tide of battle.

Most available missions and side-missions are on the map at all times, so don’t just rush in without being aware of the level of the mission. Territory control makes a lot of things better for you. Territory = advantage.

To wrap it up, here’s a little list of random, helpful tidbits about some things in the game mechanics:

That handful of information there should help you slice through the first few hours in your Dynasty Warriors 9 playthrough. Keep your eyes on GameSpew in the coming days for some more information and details!