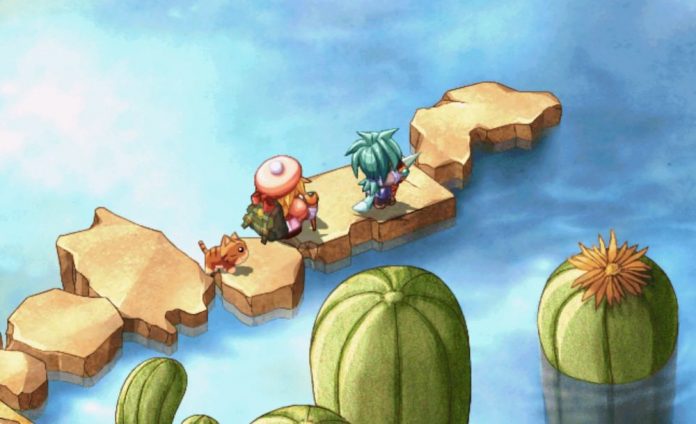 Every so often we are lucky enough in the West to get a second chance at a Japanese exclusive, like discovering a game frozen in time.

A few months ago, XSEED released one of Nihon Falcom’s lesser known games, Zwei: The Ilvard Insurrection. If you happened to pick it up, you might be surprised to learn that it’s actually the second game in the Zwei series acting as a sequel to Zwei: The Arges Adventure. Luckily, XSEED have just brought over the first game for any interested folks out there. However, it’s important to note that this isn’t a fancy new HD remaster. This is a barebones re-release of a sixteen year old game. Unfortunately for Zwei, that age shows.

Zwei: The Arges Adventure is a top-down dungeon crawler with some light RPG mechanics thrown in. Though don’t let it fool you, this isn’t your average dungeon crawler. Its main characters, brother and sister Pokkle and Pipiro, live on a floating island in the sky. After a mysterious masked man steals six idols from their village’s shrine, the two set out on an adventure to find them. 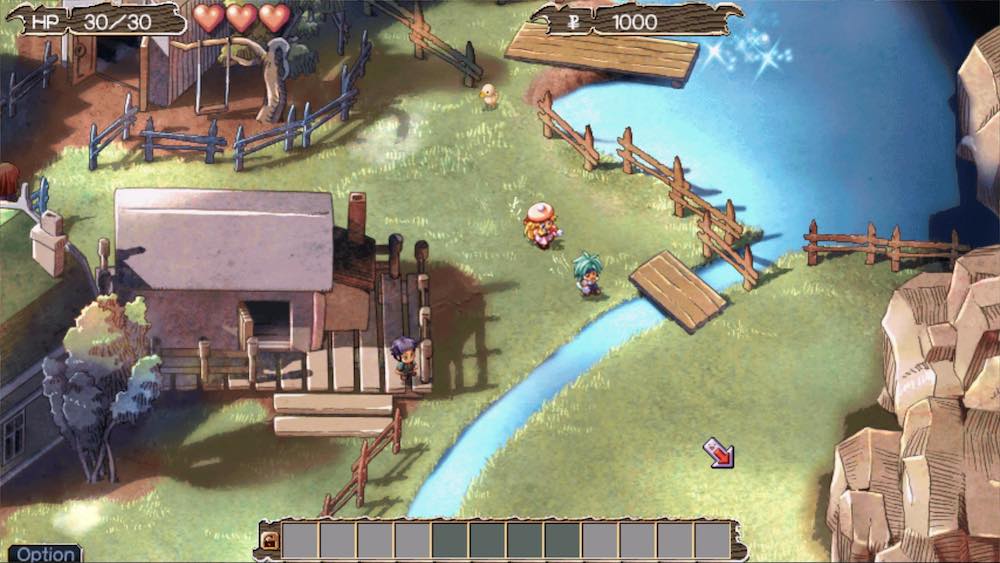 Immediately, the visuals of The Arges Adventure are strikingly unique. Its backgrounds are made up of beautifully illustrated environments that I wish were still used today in modern games. While sprites usually have this weirdly expressionless face that can seem a bit off at times, there’s a lot of charm to be found here – perhaps mostly due to the incredible localisation job XSEED has done with the game.

It’s no secret that making Japanese humour work in an English translation is never an easy task, but The Arges Adventure is packed with jokes. They mostly skew towards a younger demographic, which fits with its picture-book aesthetic, but I still found myself chuckling a lot throughout my time with the game. The leads, Pokkle and Pipiro, usually bounce off of each other just as a brother and sister would. For a game that’s as old as it is, it’s nice seeing the dialogue hold up so well.

Aside from finding yourself talking to various NPCs, The Arges Adventure will task you with exploring different locales throughout your journey, usually ones filled to the brim with different monsters. To get through them, you use one of the two main characters while an AI controls the other as you fight enemies in an action-based combat system. If you control Pokkle, you can lunge towards enemies with your drill arm while if you control Pipiro, you can blast enemies away with magic spells. 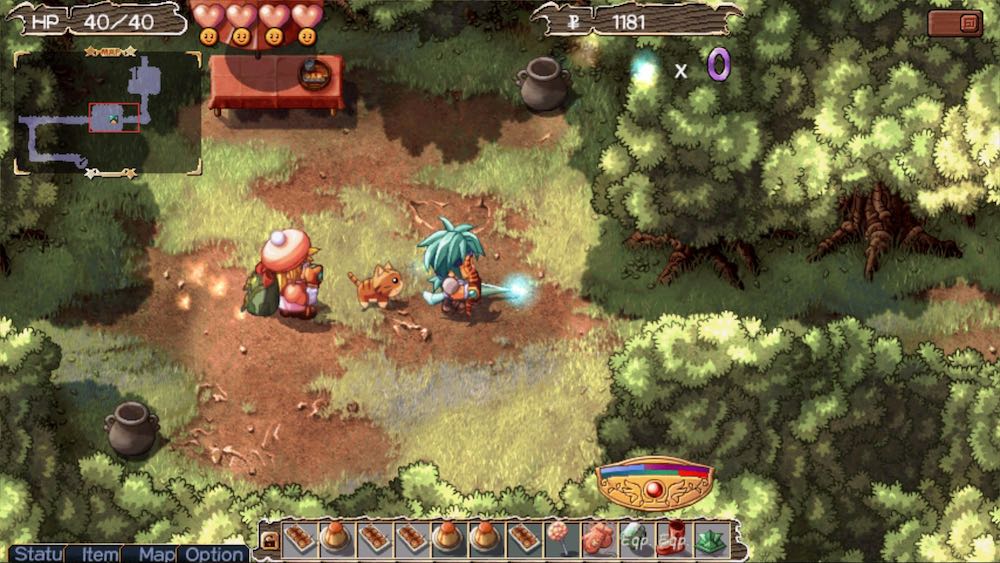 There’s little depth or complexity to the combat in The Arges Adventure. Fights are fairly straightforward as you simply spam the attack button while trying to dodge enemy attacks. That can get a bit tricky, however, since the game’s camera is so up-close within dungeons. Most rooms are larger than what the camera can visibly show, which means enemies are often out of view. With as fast as the game runs at times, it can be easy to become overwhelmed. I found myself dying in situations that felt out of my control simply because I couldn’t tell what was going on. It also makes it difficult to tell with what’s going on on-screen, since most of the action is cramped into such a small space.

For The Arges Adventure, most of its charm is derived in its style and story. The soundtrack has a number of great songs that help make the monotony of dungeon crawling a bit less taxing, with the bonus of choosing between the original renditions or the updated ones. Its visuals are equally engrossing, possessing a lovely mixture of beauty and charisma that you don’t find much elsewhere. While its story may not have the grand sense of scale that we’ve come to expect from the genre, The Arges Adventure is a nice detour with a lighter tone. It’s a joy to see a game not take itself so seriously, for once.

If you were expecting Zwei: The Arges Adventure to be a hidden gem finally unearthed to play, you’ll be plenty disappointed. While there’s a lot to love within The Arges Adventure, it’s mostly superficial due to a frustrating combat system that forces most of the game to become a slog. It’s all serviceable, which makes it an easy enough game to recommend for the most dedicated of Falcom’s fans, but Zwei’s first outing doesn’t hold a candle to the company’s more popular franchises like Ys and Xanadu. Though it’s hard to look a gift horse in the mouth, you’re probably better off passing on this one.

Zwei: The Arges Adventure is available on PC.