David Tennant’s first episode has a special place in my heart. I remember going to school the Monday after Christopher Eccleston’s last episode and telling a friend how much I already didn’t like David Tennant in his less than a minute on screen. I was young, naive, and we go through it with every Doctor at that age: initial hatred.

To have The Doctor in a coma for most of David’s first episode was a bold move by Russell T. Davies, but it gave space for season one and two companion Rose to deal with the dilemma of a regenerated Doctor. It was important to do this early in new Who to give new viewers a chance to get their head around it. Animosity on this new new Doctor was dispelled the moment David came out of the TARDIS on the Sycorax ship. “Did you miss me?”. He quotes Lion King and dispatches of the Sycorax with a duel – an inconsistently shot and rather stupid duel I concede.

I went back to school the following Monday and pretended I never said I didn’t like David Tennant. 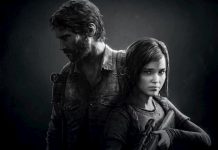