6. Watch out for Playstation Store sales

It’s well worth checking out the Playstation Store’s regular sales which can see prices slashed, often well below retail prices. At the time of writing, for example, Skyrim: Special Edition is £15.99 on the Playstation Store, a full five pounds less than a physical copy with all the convenience of not needing to hunt down a game disc, and the superb Doom is a steal at a mere seven quid. There’s also regular sales on indie games, with smaller titles being available for literal spare change, so make sure you visit the Store page every week to see what’s new. If you missed a game the first time around or just didn’t have time to fit it into your busy gaming schedule, the Playstation Store’s sales are a great opportunity to catch up and save money in the process.

While many games only support online multiplayer, there are still plenty of titles that let you soundly compete against or play with a person in the same room. Star Wars Battlefront and the Street Fighter games, for example, give you the satisfaction of observing a friend’s reaction as you soundly trounce them. So it’s worth purchasing an additional second controller for this purpose; besides which, it means you have a spare on standby when your controller loses its charge. A pair of 4M micro-usb charging cables is also a sound investment, so that you’re not having to sit closer to the TV when your controllers finally run out of juice. Connection speed in the UK, and in other countries, can be hugely variable. While pre-ordering games is not always a smart move, pre-ordering digitally does at least let you pre-load games. This means that, even if your connection is slower than a treacle-coated snail in a timewarp, you can start downloading the game before its release date. The game will then be playable on the day of release and, while not all games that you purchase online support this functionality (the Playstation Store will mention if it does), it can be a real time saver if you have a slow connection.

9. Give your Playstation 4 room to breathe

While the Playstation 4 is relatively reliable, it still puts out heat and requires a reasonable amount of space to stay cool. Don’t lock it in a cabinet, and make sure it’s positioned towards the  front of your TV stand so that the rear vents aren’t being blocked; ideally, you want to give the console at least a foot of space at the back. There’s little point in buying an external cooling fan, however; not only are they an unnecessary expense, but since they’re outside the console they’re not drawing air as efficiently as the PS4’s internal fan, making them of limited use.

The Playstation 4 gives you the ability to save both video clips of your games as well as screenshots. However, doing this while you’re playing a game can be a little fiddly. A shortcut is to tap the “share” button twice. Then, when you’ve finished the part of the game you want to record, press the share button once and choose “Save Video Clip”. The video, up to that point, will be saved to your hard drive, up to a maximum of fifteen minutes.

If you prefer to take screenshots rather than videos, you can change what the double-tap of the share button does by heading into your settings menu. If you’re a bit of a screenshot nut like we are at GameSpew, you may prefer that double-tapping the share button instantly saves an image instead. 11. Pay for Playstation Plus yearly, not monthly.

Whereas the Playstation 3 let you play online for free, you have to pay to play on the PS4. If you want to compete with other players you’ll have to purchase Playstation Plus, though this does also give you access to two new Playstation 4 games a month. You can pay monthly but it’s far, far cheaper to buy a yearly subscription. Paying monthly would cost you £96 a year, versus £49.99 if you buy yearly (and often less if you shop around). If you’ve bought a new PS4, you’ll typically be offered a free trial when you go online though it may require you to cancel otherwise you’ll be charged at the monthly rate, so be careful. 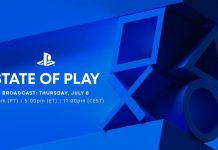 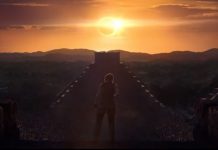