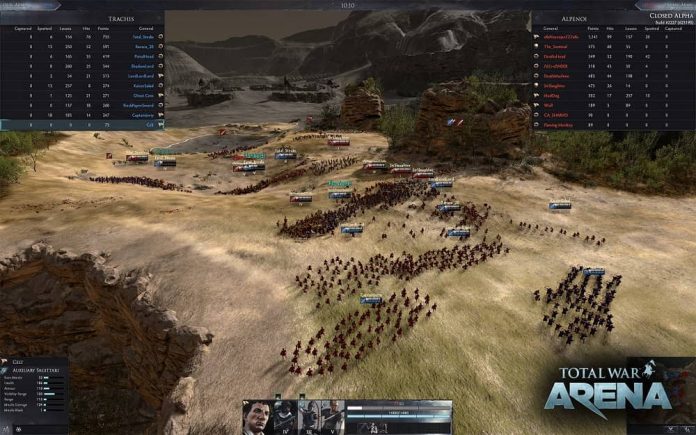 In Total War: Arena, you get to command three units of men and set them amongst nine other allies in hope of defeating your enemy in the field of grand battle.

There are lots of new things to try out when you first jump into the game that it can be a little overwhelming. From different generals, to different make ups of units, to different equipment to adopt, there is so much to explore that I urge all new players to try everything and find out what works best for them.

If you’re in a hurry to get started though, here are some hints and tips to think about as you forge your name out in the battlefield.

Each general, from Boudicca to Hannibal, has a unique set of buffs that they can deploy in the battlefield. These range from morale buffs to cavalry charges and everything in between. These buffs can be the difference between holding a line and it crumbling and allowing the enemy to flank your allies.

Make sure that you are looking at the cooldown on these abilities as they come round quicker than you’d believe. You should also look at the abilities that each general can obtain and build your units around them. There is no point in having a general that specialises in charges when you have three units of archers.

Unit selection is very important. As I mentioned above, it is good to have a general that complements the small divisions of units you have selected. It is also important to consider the faction of your general and what troops they are able to command. For example, the barbarian faction has good shock divisions that are useful for flanking an enemy but you do not want them to hold a line.

Consider what role you want to take when in the battle. Often, your allies will guess what you are trying to achieve and will help you to that end. However, it’s not always clear what your allies are bringing to the fray so it is always advisable to have a little bit of variety with you. If you are wanting to hold the centre it may worth bringing a unit of skirmishers or heavy cavalry to avoid being flanked in case you do not have the horse support you’d want. Having some archers is always handy too; not many people seem to utilise them and they can be hugely effective if used right.

When using archers it is important to use the ability ‘focus fire’. Not only does it do the most amount of damage, but it also stops friendly fire. In previous Total War games you’d accept an amount of friendly fire if overall your unit was being effective against the enemy. As these units are now controlled by real-life humans, Arena has made a point of discouraging it. Safe to say it creates a lot of problems and it’s damn annoying to have ‘STOP FRIENDLY FIRE’ always on your screen.

There is a array of different maps that encourage different types of play in Total War: Arena. On the whole, you can say that most maps have a centre, a left flank and a right flank. You’re not going to want to lose any of it, so you need to stop enemies taking you from the side or, heaven forbid, behind.

However, the maps also have a huge deal of variety in terms of levels, cover and terrain. When these are used effectively they can win games. Ambushing enemies is as satisfying as it is effective and is quite hard to deal with, especially when you only have three units you directly control. If you don’t have the units that can use this scenery it is still worth taking it into account what could be lying in wait. Having divisions ready to intercept sneaky troops or having some cavalry to disrupt enemy fire from above may be a necessity.

The one sure fire way to win in Total War: Arena is to make sure you talk to your fellow commanders. There are several ways you can do this: in-game chat functions well enough, and you can also draw lines on the pre-game map while people are loading in to let your comrades know what you may be attempting.

What works best, though, is getting a group of friends together to chat over Discord.  Total War: Arena is free — and works even on my naff laptop. By having a group of people that can communicate easily and effectively, it makes it easier to plan out your divisions, easier to react to situations in real-time and it makes it so much more fun to play.

Lastly, make sure to defend your base. I have lost count of the times pesky units have sprung a base race by occupying my territory. This often gets stamped out, but it means peeling men from the frontlines and often too many or too few commanders react. If you have a unit ready to intercept then they can stop this from happening, allowing the rest of your team to do their jobs. 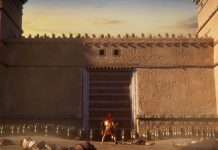 Things Get Mythical in A Total War Saga: TROY