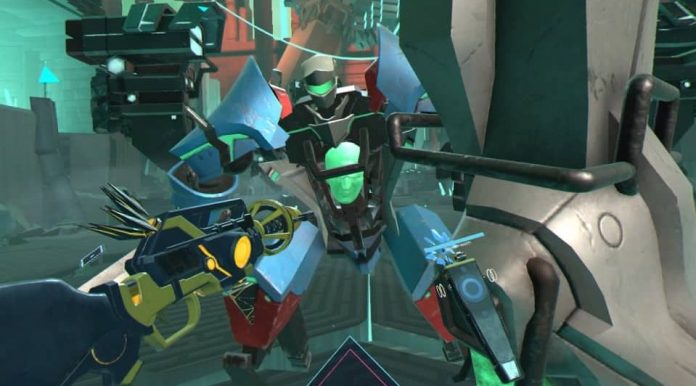 PSVR is really finding its groove in 2018. Blasters of the Universe is another great addition to a library growing with promise.

Blasters of the Universe first came onto the scene back in 2016 before finally gracing PSVR, and I, for one, am rather happy to have this title in my library now. Deeply colourful worlds surround you as you bob, weave, shift, and spin your way around hordes of enemies and bullets. Taking place inside an arcade game that is ruled by an overly cocky jerk, you’ll be forced to do away with his army of robots and monsters through a series of wave-based levels. More than just a regular old VR shooter, Blasters of the Universe really makes you sweat. The amount of hectic moments in every stage is crazy and this game definitely made me move around and work harder than any other PSVR title yet.

Right off the bat, you’ll notice the excellently detailed weapon and shield crafting system. To fend off the hordes you have a gun and a shield. There are a tonne of options for weapon variation and plenty for the shield. You can change and mix/match everything on your gun like the barrel, frame, magazine, bullet-type, etc. Even the shield allows you to alter your defences with offerings like massive shields with slow recharge rates, small shields you can place in front of you, and even a shield that can deflect incoming fire. Each frame has innate super abilities that give you huge advantages, and they’re diverse enough so that nothing feels repetitive. The amount of personalisation that Blasters of the Universe gives you for your loadout is arguably its greatest feature. I found myself switching entire set-ups around almost every go around and found every possible variation to be rather enjoyable. 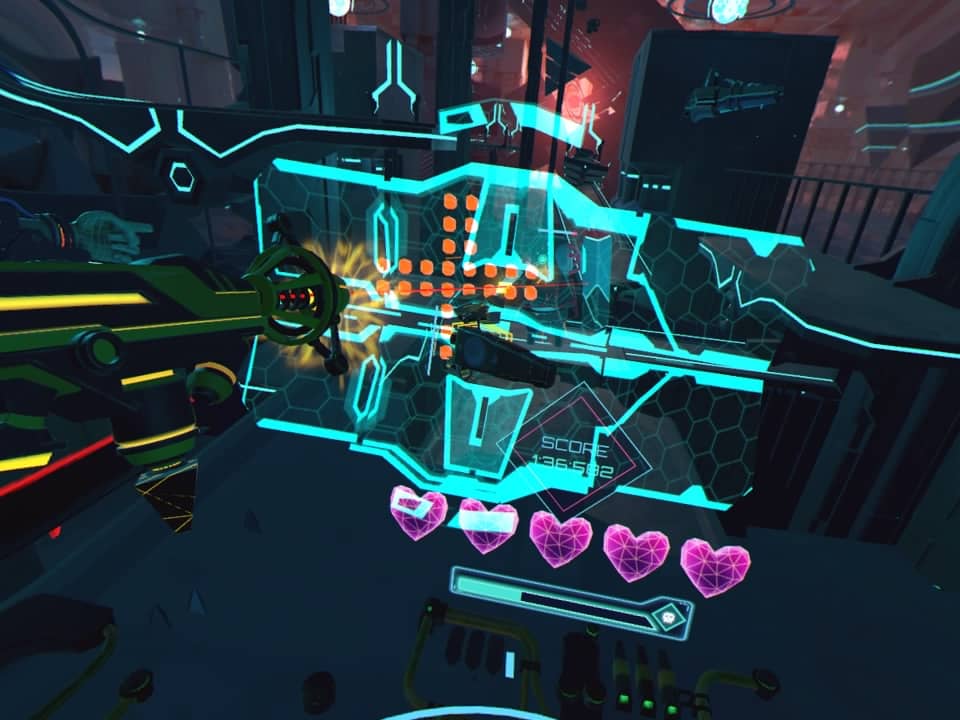 Blasters of the Universe is incredibly hectic. Only your head can take damage, so you’ll need to keep an eye on all your peripherals and dodge accordingly. Although the first world is rather timid, the ante is raised very quickly and soon you’re bobbing up and down, dipping and diving, or even bumping into your bed if you’re like me. Rather than making a timid gallery shooter, developer Secret Location made a madhouse of feverish action and delightful difficulty. Enemies range from simple bots to annoying birds and everything in between. The different attacks utilised (all in the form of a bullet or laser) take assorted forms and force you to adapt on the fly. Sometimes you’ll get straight lines, other times there’s rotating squares rushing towards you. The pacing of the stages are great, and the balance is wonderful. I love the way the game tests more than just your accuracy; your patience, vision, and reaction time are always being strained.

Blasters of the Universe falls short of being miraculous for a few reasons. Sometimes, it’s hard to tell if the centre of your head, or the headset as a whole, takes damage. The level design, while good, suffers from being structured. Randomness isn’t necessary for success, but in a bullet-hell wave-based shooter, the rinse-and-repeat cycle you go through after a game over or reset is a bit upsetting. The levels follow a set pattern, so you know exactly what the enemy spawns will be if you run through again. There’s an Endless Mode for you high score seekers, which does up the variation quite a bit. Still, really the only reason to warrant loads of playtime here is through Endless Mode and even that does, to be fair, lose its lustre after a while. But when you’re there, in the heat of the moment, there’s plenty to enjoy and love and hopefully the developers will continue to support this game. 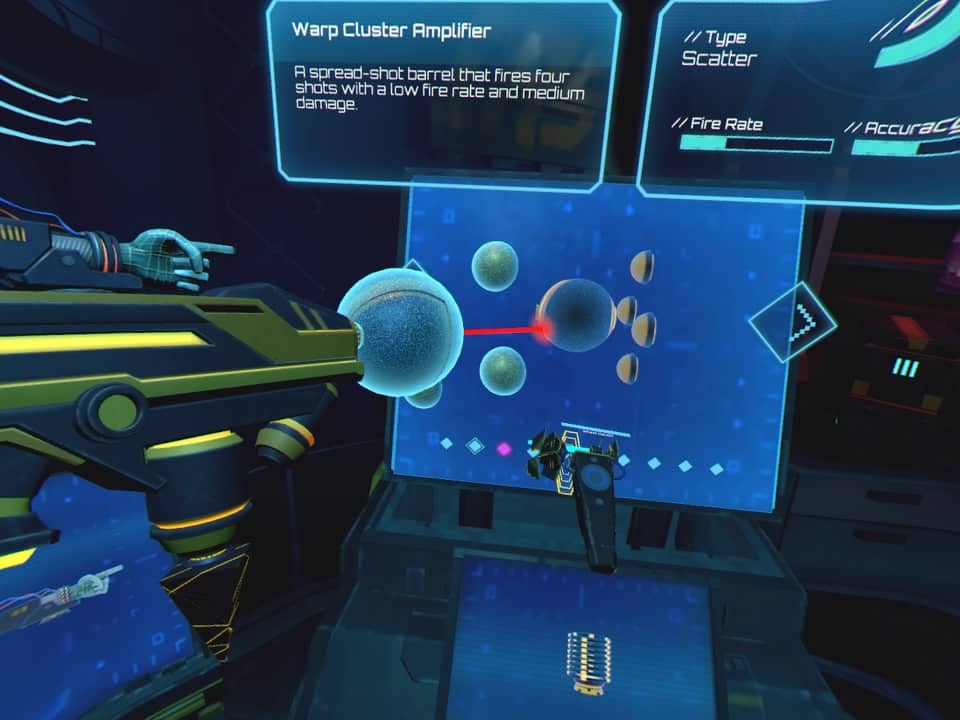 From the beautiful colours that fly past you, to the wondrous creations of destruction you can craft, Blasters of the Universe is filled with things to love. By breaking the mould of most VR shooters, it sets itself up as one of the few, and possibly only must-have gallery shooters available on PSVR. The thrilling feeling you get from scampering around, looking for safe spaces while blasting away is fantastic. It’s truly a wild experience to be had. With more to love than there is to hate, Blasters of the Universe can definitely satiate those looking for something a little different in VR. The crafting; the action; the cheeky dialogue — it’s all wrapped into a package that adds another great piece to the PSVR catalogue.

Blasters of the Universe is available on PC and PS4. We reviewed the PS4 version. 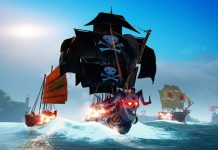 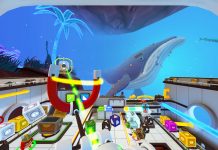