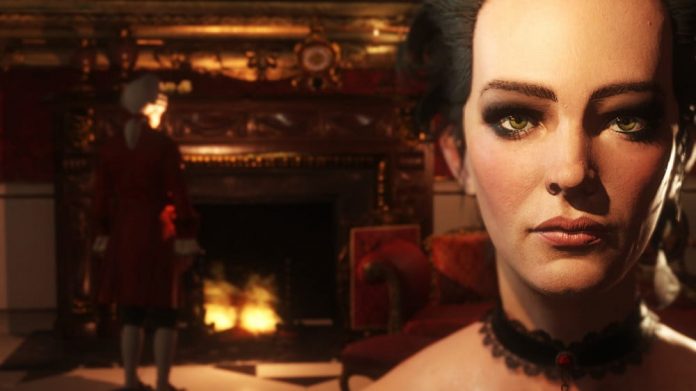 Dark, brooding and infinitely interesting, the world that episode one of The Council is setting up is one that I can’t wait to explore further.

Developed by Big Bad Wolf, a team of industry veterans based in France, The Council is the studio’s first project — and what a debut it is. It may be a little rough around the edges, but what it lacks in finesse, The Council more than makes up for it in character and intrigue.

Putting you in the shoes of Louis de Richet, the moment The Council opens up to you, it grabs you by the horns. Set in the 18th century, you find yourself on a mysterious island off the coast of England. Amongst aristocrats, military generals and world leaders — George Washington and Napoleon Bonaparte to name a few — you’re a guest at the extremely lavish home of Lord Mortimer. 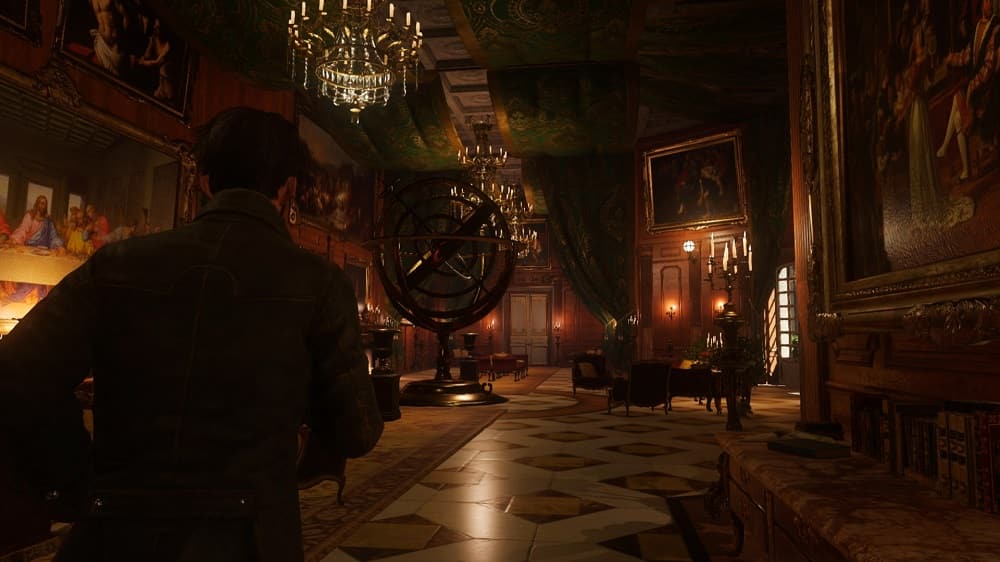 Not simply a social gathering, the reason everyone has been brought together isn’t exactly clear. You only know you’re there to search for your mother, Sarah de Richet, who’s recently gone missing. How or why she’s disappeared on a very small island, though, is a mystery that threads throughout the entire first episode of The Council, but her absence isn’t the only mystery that Louis is going to find himself involved in.

The Council is a narrative-led adventure game with a difference. It mixes old-school adventuring with a choice-led branching narrative popularised by Telltale Games — but one that actually makes you feel as if your decisions make a real difference. Big Bad Wolf has employed a number of unique gameplay features which impact your gameplay, such as character traits which affect what Louis can and can’t do. Some traits you’ll unlock as you play; others you’ll choose at the end of each chapter as you gain experience. The traits and skills you unlock play a big part in shaping the narrative path you follow; if you’re not skilled in lockpicking, for example, you won’t be able to open certain doors and chests. And if you’re not psychologically-minded, there are conversations you won’t be able to have and there’ll be tidbits of information that characters won’t reveal to you. 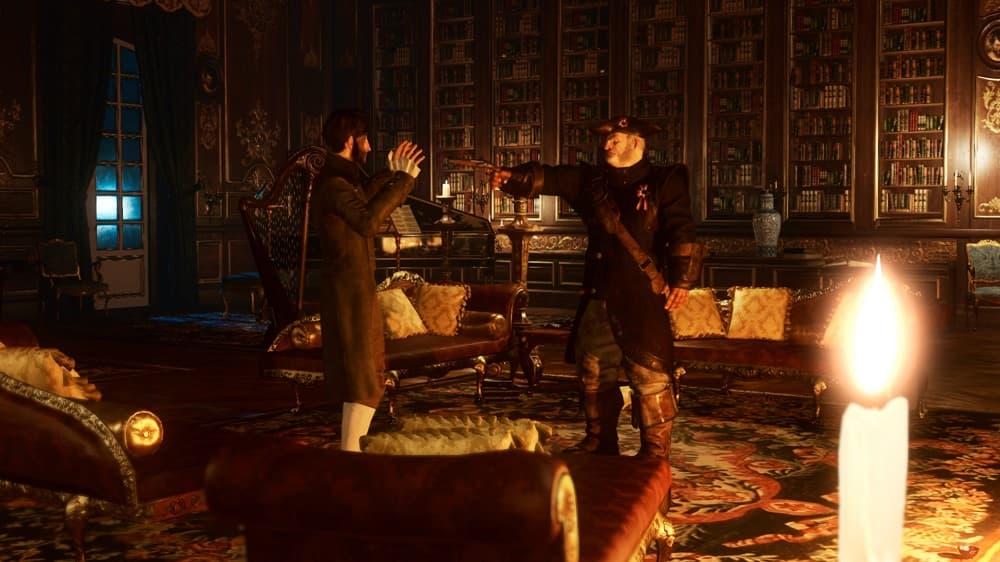 It’s interesting, for sure, but the short two-or-so hour duration of the first episode, The Mad Ones, doesn’t give a great deal of time to get to grips with the new systems that the game throws at you. While there’s a fairly robust tips system that pops up as you play, I didn’t feel fully at ease with the game until the episode was winding to an end. Using skills requires points to be spent, but with a limited number available, it takes a while to understand how best to utilise them. Using consumables can refill your points and give you other perks, but a limited opportunity to use many of them left some of the game’s systems feeling a little alien for most of its running time. It’s refreshing, though, to see a game take a different approach on a popular genre, and once episode two hits, I’ll be prepared for whatever it wants to throw at me.

In terms of visuals and design, The Council is somewhat difficult to define. At times, locations look simply stunning. The amount of detail that’s gone into creating the extravagant interior of Lord Mortimer’s mansion is stunning; marble pillars glisten with a level of realistic detail that’s hard to beat, and oil paintings that laden every wall are recreated with such precision and care that you can spend tens of minutes wandering around like you’re in a virtual art gallery. Indeed, The Council’s environments are painstakingly created and are certainly worth exploring in detail, but the characters sometimes feel a little less polished in comparison. Our main protagonist, Louis de Richet, is brilliantly created and has a range of animations that make him feel real, despite a unique art style. Some supporting characters, however, haven’t been so blessed, with faces that look a little alien in comparison. It’s not enough to pull you out of The Council’s world, though it can feel a little jarring. 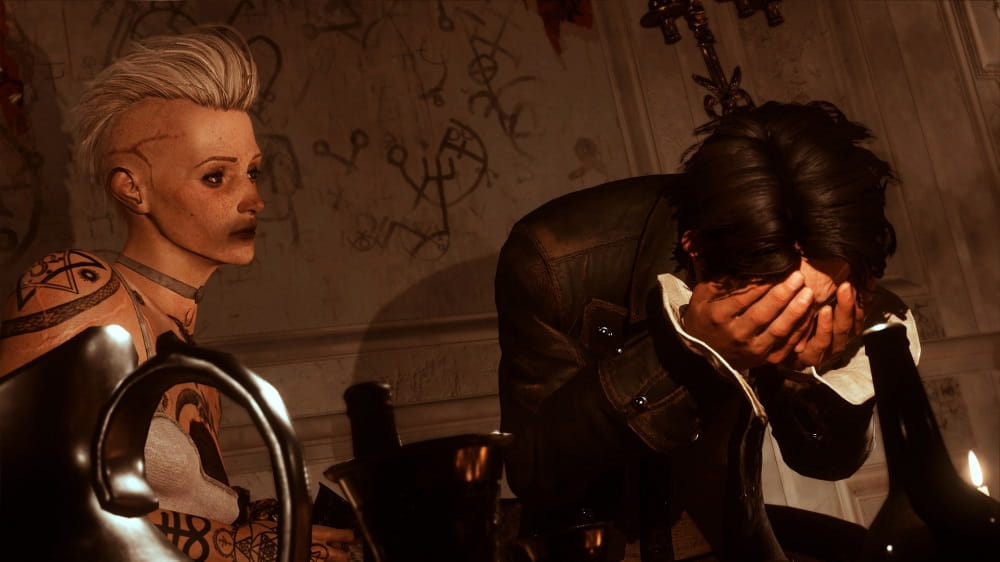 Still, it’s a minor complaint in what is otherwise shaping up to be a unique and brilliant adventure. While we’ve had plenty of narrative-driven adventures in recent years, The Council feels fresh thanks to its unique systems and intriguing story. The Mad Ones raises a lot of questions and leaves us on a heck of a cliffhanger, but even without that, it sets up an exciting enough premise to leave me on tenterhooks for the next episode. I can’t wait to see what else Big Bad Wolf has up its sleeve.

The Council: Episode 1 – The Mad Ones is available on PlayStation 4, Xbox One and PC. We reviewed the Xbox One version.