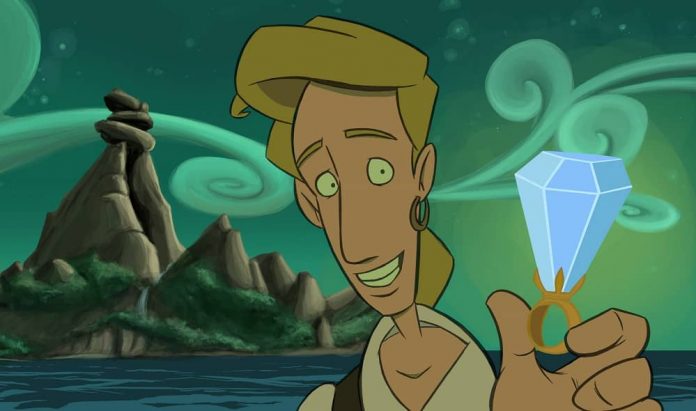 There’s one pirate game released this month that I’m really excited about — and it isn’t Sea of Thieves.

Okay, “released this month” might be a bit of a stretch, since the game I’m referring to first released back in 1997. I’m talking, of course, about Curse of Monkey Island, which is finally, finally available to download on your modern-day PCs. Somewhere over the course of the last 21 years, the third Monkey Island game fell into obscurity, with no modern retailer selling the game. Unless you happened to have an original disc of the game (or some other slightly more nefarious means) and a bit of of time to mess around with the likes of ScummVM to emulate the Windows 98 support that the game needed to run, chances are you’ve not seen this particular adventure of Guybrush Threepwood’s in the best part of 20 years.

While the first two Monkey Island games — usually hailed as the best — have been readily available on modern consoles for several years, the same courtesy has never been offered to Curse of Monkey Island. It wasn’t written by Ron Gilbert, for one, so surely it couldn’t have been as good. I hasten to disagree. If you’ve never played it, for the love of all things Grog, give this game a try. It’s one of the best examples of a point and click adventure ever made — and despite being over two decades old, it’s aged pretty well. 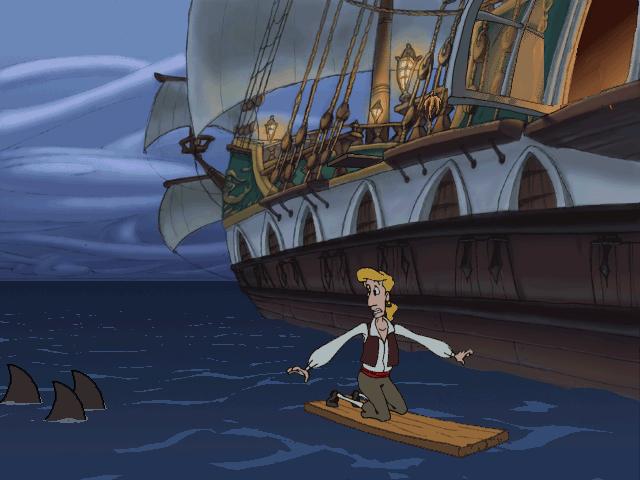 Okay, so its graphics look a little shaky now, but its 2D hand-drawn animation style has stood the test of time. Given a bit of a HD facelift, Curse of Monkey Island would look absolutely gorgeous. But let’s not get carried away with ourselves. Even in its current state, Curse of Monkey Island is more than playable. I’ve always loved a clean, 2D cartoon art style over pixelated visuals, and that’s probably all down to this game.

I was nine or ten when I played this for the first time, glued to my parent’s super-powerful PC with its 200-or so MHz Pentium II processor, 32mb of RAM and 4gb hard drive. That thing cost about a month’s salary. How things have changed. Along with Jazz Jackrabbit and Microsoft 3D Movie Maker, Curse of Monkey Island was a game I spent most of my PC time playing. I don’t imagine I solved many of the puzzles by myself the first time round, instead finding walkthrough guides. But I’d laugh at all the jokes, even the ones that likely went over my head, playing through it enough that eventually I knew the solutions like the back of my hand. Even now, likely a good 15 years since I last laid eyes on the game, I still remember most of the solutions. I can’t remember an internet password I updated literally yesterday, but I can remember how to solve a puzzle in a game I played when I was 10. Go figure. 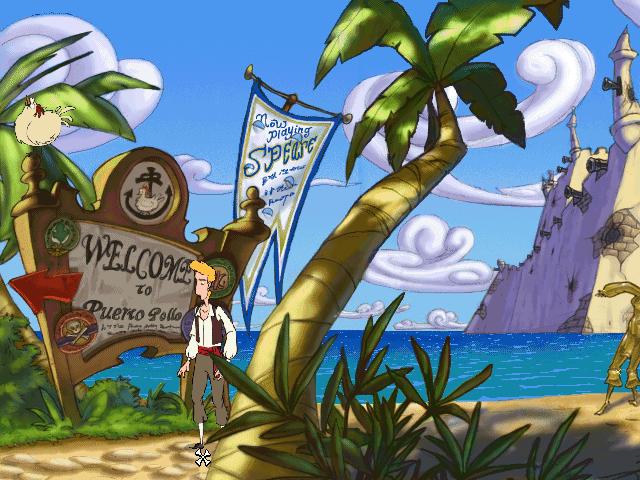 Despite my long-term memory helping me along the way, it’s plain to see that Curse of Monkey Island‘s puzzles still live up to today’s standards. Clever and logical in a way only point and click games can be, everything makes sense within the confines of the game’s world. And with everything bolstered by excellent writing, it still doesn’t matter if you end up spending a bit of time clicking around the screen to figure out how to progress, because Guybrush Threepwood is one hell of a companion.

Pretty much every character and location in Curse of Monkey Island is memorable for all the right reasons, and visiting them all again has brought a huge smile to my face. Murray the Talking Skull? hohoh, I’d almost forgotten about him! The caber toss field? Oh, I love this part! The barber shop? Oh yeah, I’ll be covered in tar and feathers soon! I love it. I love it all.

If your childhood wasn’t made better by Curse of Monkey Island, it’s not too late for you. If you’re a fan of point and click adventures, take the time to play one of the best. Honestly,  you won’t regret it. And for the rest of us, it’s just as good now as it was 21 years ago. Perhaps a little better even, because some of the jokes are even funnier now.

The Curse of Monkey Island is available on Steam and GOG.com.