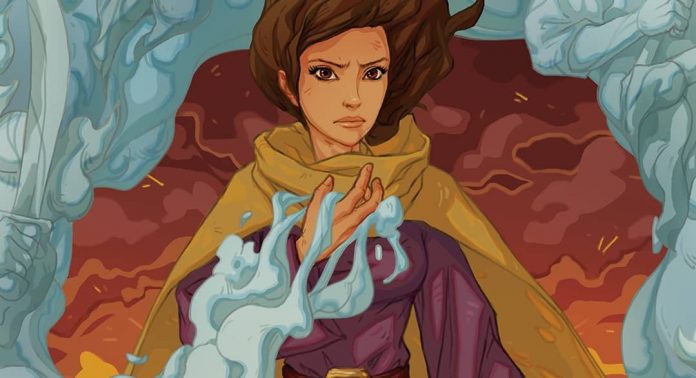 Letting players name each and every character in a game is a risky gambit.

It can undermine the impact of a scene when your character is crying over the sad demise of Sir Dunderface Poopypants.

Indeed, the only reason my character in Defender’s Quest: Valley of the Forgotten wasn’t called Chuff McGinty was because the text field was limited to ten characters. Thankfully, this isn’t a problem for Defender’s Quest since the game doesn’t take itself totally seriously. Its humour may be a bit hit and miss but, coupled with the game’s colourful cartoony graphics, it prevents the game from becoming too po-faced.

Yet despite its daft veneer, Defender’s Quest is a surprisingly deep game, a blend of the role-playing game and tower-defence genres. Set in the titular Valley of the Forgotten, your spell-casting heroine is tasked with putting an end to the pestilence that has plagued the land. This entails exploring a top-down map of the beleaguered realm, battling various undead creatures as you go. You’re not alone in this endeavour, other characters joining you as part of the game’s sometimes silly, sometimes serious story. You also accumulate currency which can be used to purchase weapons and to recruit extra party members, though, oddly, these additional NPCs never appear in any of the game’s cut-scenes. 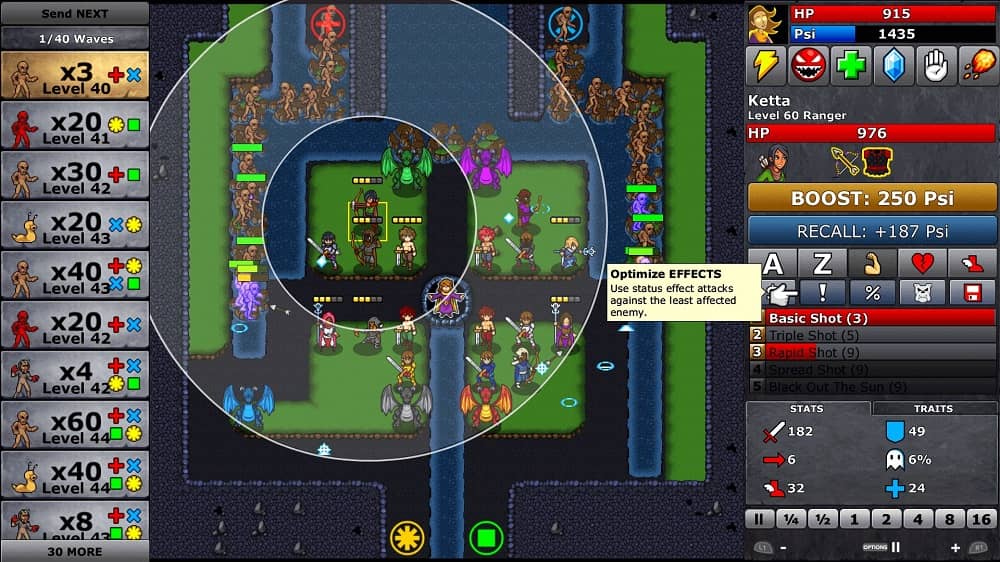 Once battle begins you’ll be glad of every single one of them, thinning the ranks of the monsters that seek to destroy your stationary spellcaster. Plot-essential or otherwise, you have the freedom to tweak their abilities and behaviour to the nth degree, both inside and outside of battle. It’s entirely possible to play and beat Defender’s Quest without delving into its minutiae. True, you’ll need to level up your characters to some extent but you’ll never find yourself unable to proceed because of the way you allocated a particular fighter’s skill points. If micromanaging your minions — sorry, able adventurers — brings you joy you’ll be in seventh heaven.

In combat, your NPCs are your “towers”, which you place at strategic points around the map in an effort to annihilate your foes before they reach your spell-hurling leader (whose position is pre-determined, as is the layout of each level). As I quickly discovered, just clumping your fighters together doesn’t work since your faster foes will speed past before you can dispatch even half of them. A more considered strategy is to place them alongside a path and leave your rangers to take out any stragglers who survive the onslaught. But there’s still the question of whether to deploy all your units or instead use your “PSI” points to power-up up your more accomplished party members. Decisions, decisions. 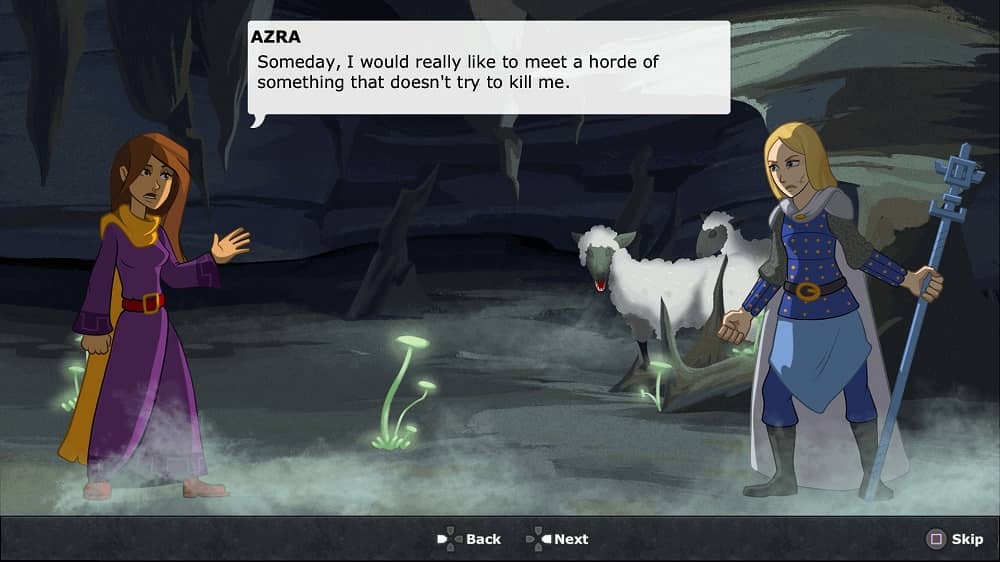 It sounds complicated but you’ll soon come to grips with Defender’s Quest’s mechanics, although mastering them takes a little longer.  You can lower the game’s difficulty but at default difficulty the game is so perfectly pitched that frustration rarely kicks in. There were times when, after losing a battle three or four times, I felt sure I’d have go back and grind previous levels just to get enough scrap and experience to beat the current one. But each time I gave each level just one more go, applying what I’d learnt thus far, I’d finally succeed in crushing my foes. Actually watching the battle unfold (you can speed up the game if you don’t feel like waiting) is a tense experience but also a hugely rewarding one when you realise your strategy has finally paid off.

Defender’s Quest is, however, a little lacking when it comes to enemy variety, the game adopting the Diablo-esque tactic of reusing the same monster sprites with different colours. While higher level monsters do sometimes have different abilities, there are times when you’ll get tired of fighting the undead and their kin. At one point the game teasingly suggests that you’re going to fight against human foes but, no, you’re up against more shambling monstrosities.

Nevertheless, Defender’s Quest: Valley of the Forgotten is an engaging blend of two normally distinct genres, bolstered by an interesting, if sometimes tonally inconsistent, story. But above all, it’s a ridiculous amount of fun and if you’ve even the remotest interest in strategy games this is one valley you should visit.

Defender’s Quest: Valley of the Forgotten is available on PC, PS4 and Xbox One. We reviewed the PS4 version.