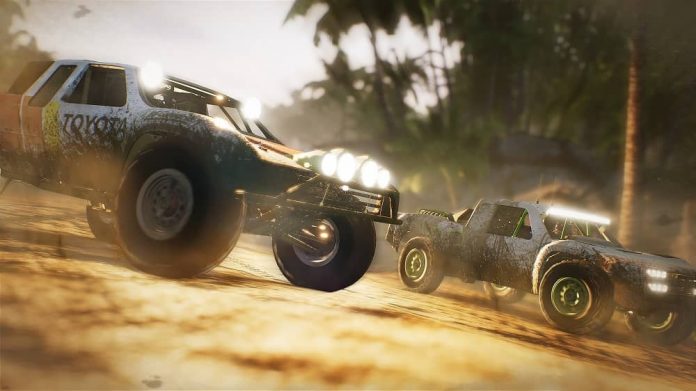 For some reason people like realism these days, or at least that’s what publishers believe, leaving the likes of Burnout and Motorstorm to be left gathering dust in their archives. Italian developer Milestone, however, generally known for its straight-laced licensed racing games, has seemingly decided to have a crack at the arcade racing game whip, serving up moderate amounts of fun with Gravel; an off-road racer that mostly doesn’t take itself too seriously.

Gravel‘s main draw is its Off-Road Masters mode; a career presented as a TV series spanning 60 events which are gradually unlocked by earning stars. Three stars can be earned in each event, usually by storming past the competition in both point-to-point and circuit races and finishing first, though a range of alternative event types are on offer to keep the action interesting.

Aside from straight-up races, for example, there are time attack and elimination events. And then there are the more unusual events in which you need to drive through green signs to keep your speed up, and even boss battles. That’s right, as you progress through Gravel‘s career you’ll come up against drivers that are at the top of each of the game’s four racing disciplines: Stadium Circuit, Wild Rush, Speed Cross and Cross Country. Beat them in multiple head-to-head races and you’ll not only be able to hold your head up high, but you’ll also unlock some neat skins for any vehicles you have access to. 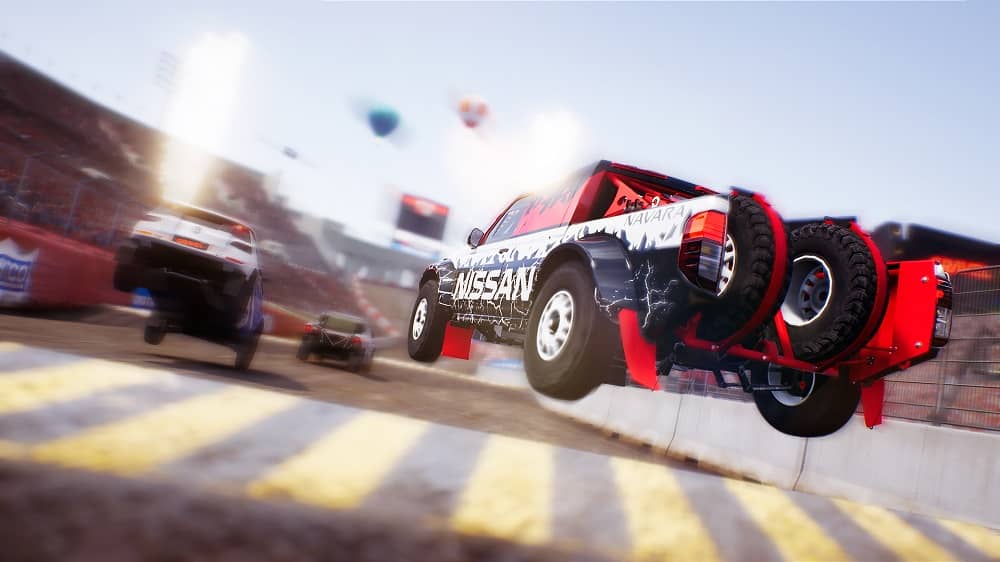 Off-Road Masters comes to a muddy end once you’ve beaten the Final League, which you’ll need two-thirds of Gravel‘s possible stars to unlock. It’s likely to take you over ten hours to get there, and completionists will probably spend even more time going back to obtain three stars on every level, while also unlocking tracks for use in Gravel‘s companion modes.

Aside from Off-Road Masters, Gravel offers free race, time attack, weekly challenge and multiplayer modes. They’re nothing out of the ordinary, but they do provide a way to spend more time with the game based around your preferences. After all, most of them allow you to select exactly which of the game’s 30 or so vehicles you want to take for a spin out on any of the 15 environments available, each with multiple tracks/layouts.

Vehicles are licensed, and they range from rally classics such as the Lancia Stratos to the giant 4×4 monstrosity that is the Chevrolet Hummer. No matter what mode you entertain yourself with you earn points which accrue to increase your driver level, and as you level up to unlock yet more vehicles and skins for use. You’ll probably want to do so too, as they’re pretty well modelled and have unique characteristics.

Like any good arcade racer, Gravel has plenty of eye candy. But while its vehicles are pleasing on the eye, it’s the game’s environments which will grab most of your attention. From beaches to fields to arctic tundra, Gravel has some truly stunning scenery. It adds a great deal of excitement to the races, and some wonderful lighting effects to throw further fuel onto the fire. And what’s even better is that performance is solid too. Playing on Xbox One X for review, I’ve experienced no hiccups or moments of slowdown while racing. 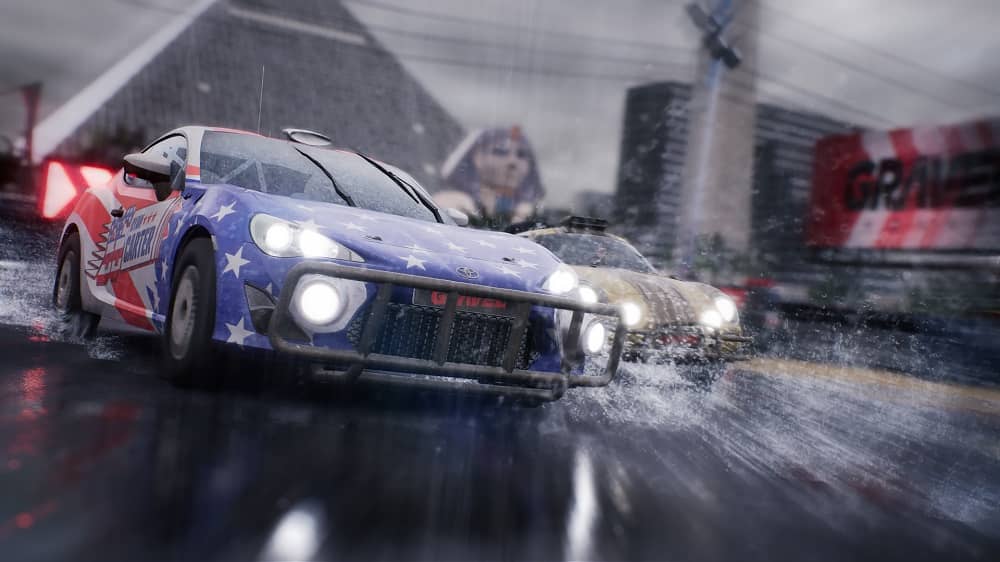 So, Gravel sounds pretty stellar up to now doesn’t it? Well, unsurprisingly, it does have some issues.

As much as Gravel presents itself as an over-the-top, fun, off-road arcade racer, there are still many times where it feels a little serious. It has a bit of an identity crisis. Sometimes you feel it in the handling as you wrestle with a vehicle to keep it under control whereas the previous five events required you to do nothing of the sort. It’s also evident in the myriad of assist options which feel unnecessary.

There’s also the issue of iffy physics, with vehicles just feeling strange when going over jumps and sometimes performing the most ridiculous rolls when driving over random elements that litter the games tracks. Oh, and there’s also the Off-Road Masters mode’s terrible presenter, who sounds bored reading his lines to be quite honest. His performance feels at odds with the tone of the game – it needed someone who’s a little more edgy and fun to generate some energy before events.

On the balance of things though, the fun you can have with Gravel outweighs its shortcomings. Throwing its ample range of vehicles around its generous assortment of off-road tracks is mostly an enjoyable experience, especially when you can engage in a bit of rough and tumble; your vehicle becoming suitably beaten up. It’s never going to overly impress you, but it lays solid foundations for a series that could go somewhere. With its stunning scenery and fairly open track design, I’d love to see Milestone throw caution to the wind, add a boost button and go all-out arcade. Just then, we might have a worthy successor to Motorstorm on our hands.

Gravel is available PC, PS4 and Xbox One. We reviewed the Xbox One version. 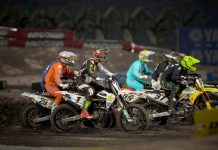 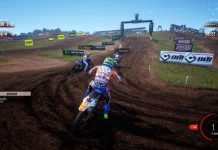