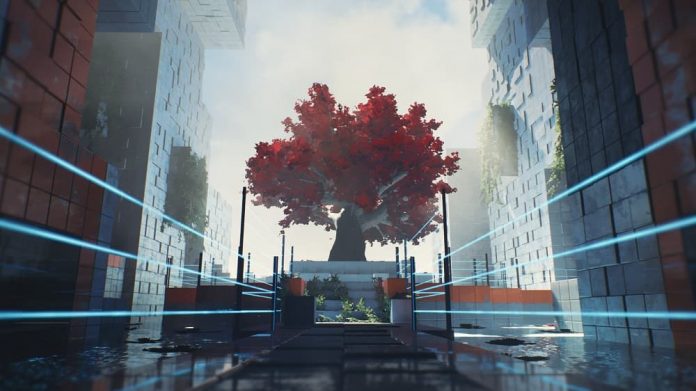 Puzzle games are usually good for one of two things: making you feel really clever, or really stupid.

Playing through QUBE 2 made me feel  a little bit of both.

From Toxic Games, QUBE 2 is a follow-up to 2011’s QUBE, which, Wikipedia informs me, stands for “Quick Understanding of Block Extraction”. It’s a fairly succinct description of the game, as QUBE is all about manipulating blocks of different colours, each with different properties. Working through a series of rooms, you’ll be tasked with solving a number of logic and physics-based puzzles, all based around utilising different blocks. 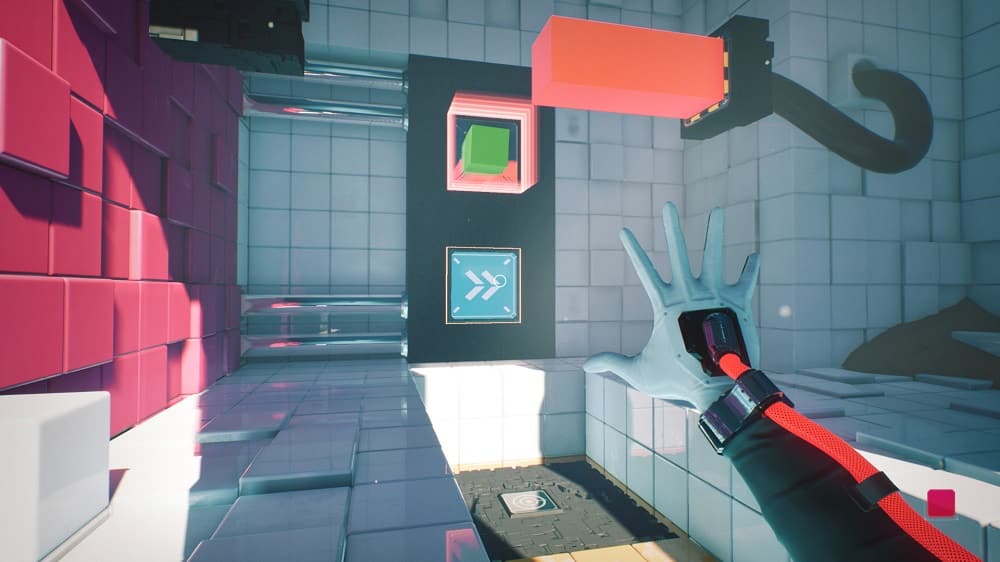 Equipped with a special pair of gloves, over the course of the game your character will acquire the ability to create and control three types of cubes. Blue, which acts as a spring, propelling anything that touches it into the air; pink, an oblong that will protrude from its starting block; and green, which will create one new separate cube.

Along with a series of other blocks in each level — magnets, blocks that turn, blocks that shoot out tar or fire — it’s up to you to figure out how to use everything set out in the level to solve the puzzle. As you’d expect, it gets harder as you progress, with levels introducing more elements, new block types and much more complex solutions.

At times, QUBE 2 really does test your ability to think logically and pragmatically. Some levels favour trial and error, but most of the time, you need to be aware of cause and effect, and be able to think several steps ahead of where you currently are. The most complex levels — often also the most difficult but most rewarding — play out like Rube Goldberg machines; a string of small events, all having an effect on one another. Activating switch A will have an effect on block B which will then move block C, and so on. 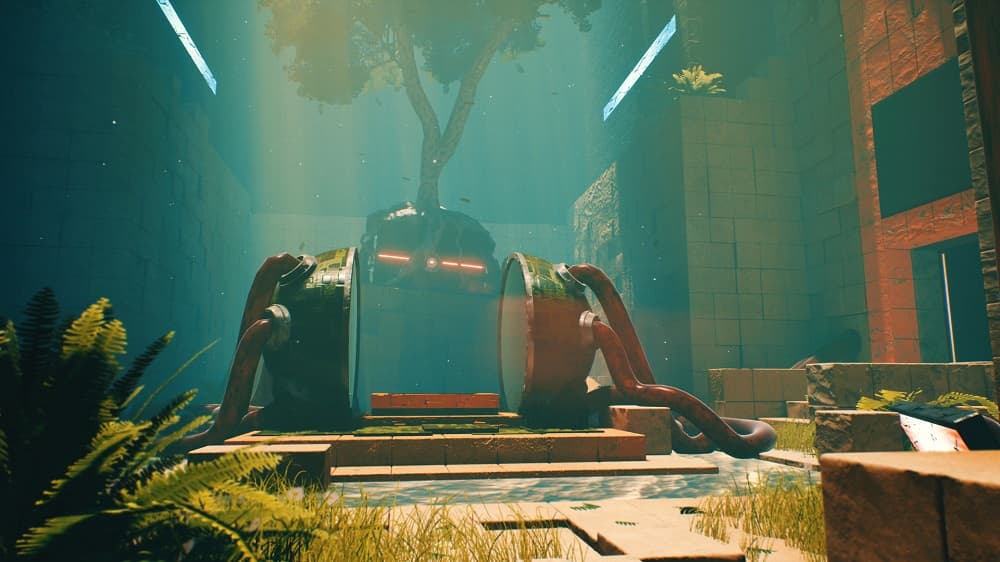 It can be frustrating when the solution doesn’t come to you straight away, but every level of QUBE 2 is incredibly rewarding to complete. A handful of levels had me really stumped, scratching my head for 30 minutes and retrying the same methods to no avail until the answer suddenly clicked. It can be frustrating, but everything always feels fair and logical; you never feel cheated by a solution — it just takes a bit of brainpower to get there sometimes.

More than just puzzles though, QUBE 2 is accompanied by a rich narrative, a gorgeous but understated soundtrack and very impressive visuals. Playing on Xbox One X, I was blown away by just how nice it looked. First-person puzzle games of this calibre can often feel sterile and clinical, and despite some locations being pretty barren in design, the quality of textures and reflections is second to none, making the game feel truly alive.

The narrative manages to be both basic and complex, much like many of the puzzles that QUBE 2 throws at you. I played this without playing the first game, and I don’t feel like I missed out on anything, minus a few brief references in the dialogue. Your character, Amelia Cross, finds herself in a strange location without any understanding of where she is and how she got there. Starting out with only a voice in her ear, another woman called Emma, she’s tasked with finding her way out by solving a series of puzzles. The story unravels as you play, and while it isn’t the most gripping or logical tale, it’s interesting enough to keep you playing. 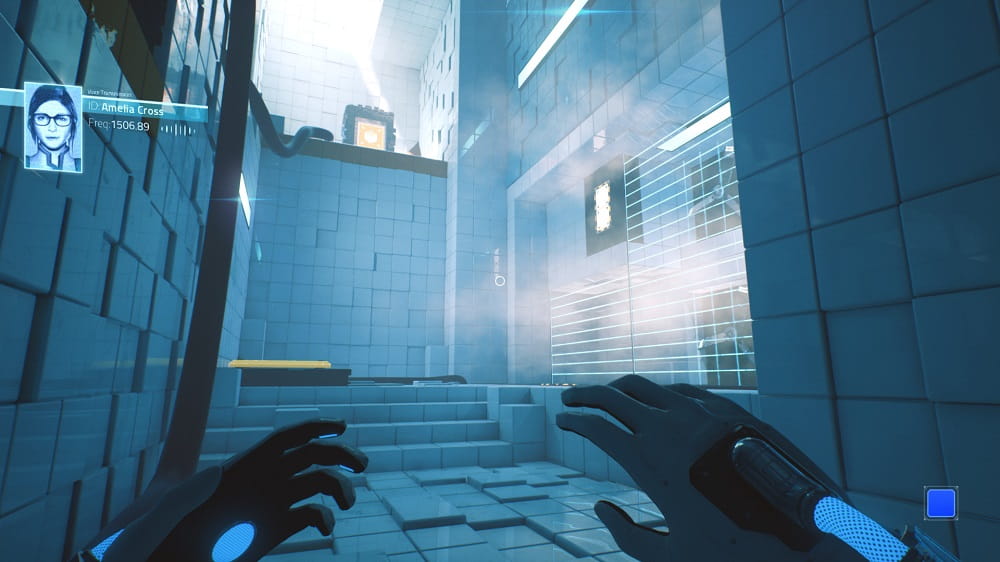 Not that QUBE 2 needs a narrative to push it forward, though. The puzzles are the real star of the show, just as they should be, and the story is merely a nice addition to round out the game into a fully fleshed-out package. Having not played the first game, I had no idea what to really expect from QUBE 2, but I was very pleasantly surprised. Puzzle games can get repetitive by their very nature, but the pacing and introduction of new elements here was perfectly managed to keep everything continuously feeling fresh. Every level offers a new challenge, and just when you think you’ve got the hang of everything, QUBE 2 will throw something new at you.

QUBE 2 is available on PlayStation 4, Xbox One and PC. We reviewed the Xbox One version.