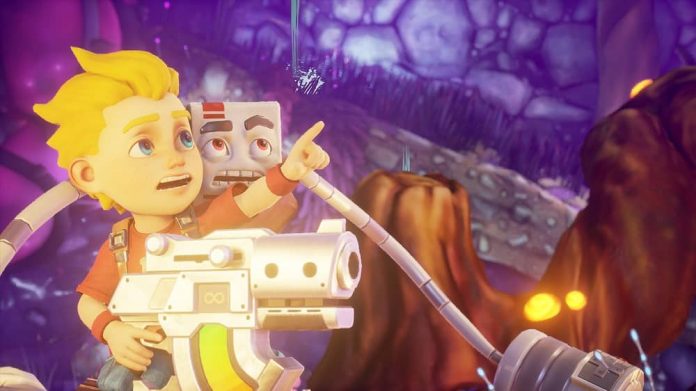 Rad Rodgers is an ode to classic 90s platformers, but it never quite manages to capture the magic of its predecessors.

The titular character is an avid gamer who gets sucked into his TV and gets transported to his very own video game. His console, Dusty, magically gains sentience and begins to help him along on his journey. It’s a shame Rad didn’t get sucked into a better game universe, as this one is packed with sloppy controls, awkward physics, and enough forced humour to make you audibly sigh.

Between the handful of rather enjoyable platforming pieces, there’s an unsettling array of artificially difficult sections, a stagnant story, lose controls, and a lack of consistent enjoyment that fails to warrant a return for the player. As someone who grew up with the best platformers around, Rad Rodgers is neither nostalgic or radical. 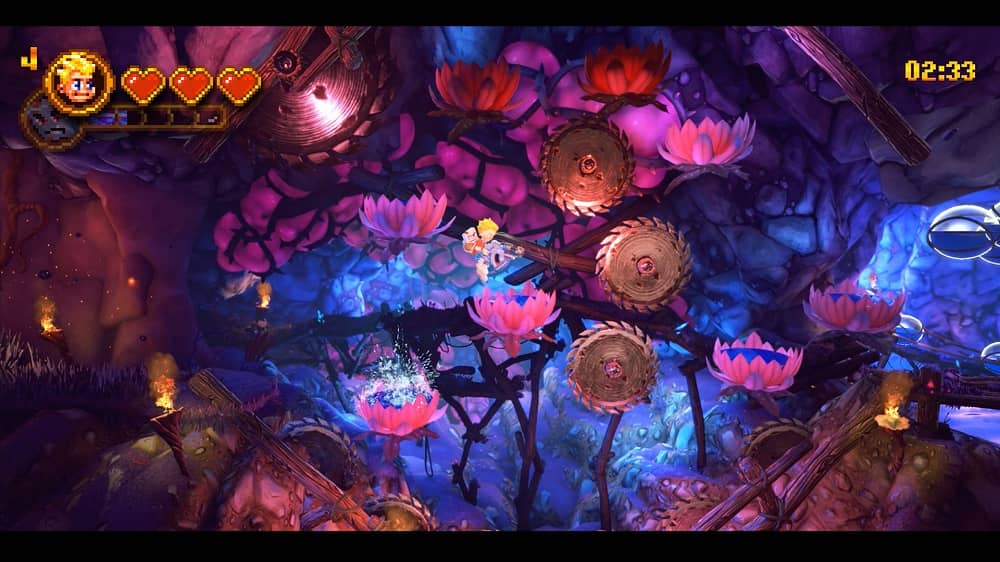 One thing Rad Rodgers does well right out of the gate, though, is its control scheme. Sticking to a minimal and classic scheme — jump, shoot, melee — it’s easy to get to grips with and does well to make you feel like you’re trouncing around a good ol’ platformer. Not to mention it gently eases you into the rhythm of its mechanics and doesn’t overload you at the beginning. Simple yet precise platforming is expected early on, but the difficulty curve seen in the latter half of the game is brutally steep. Given Dusty’s love of grabbing ledges you aren’t aiming for, the game’s propensity to have Rad slip and slide, and the shady hitboxes, you really feel the difficulty of the late game.

Another issue I had with Rad Rodgers was its densely packed foreground and background. Areas with rotating platforms, waterfalls and enemies became blurry as I searched for my destination. Plenty of times I found myself hitting obstacles that blended in with the background, or I’d mistime a jump because an object appeared to be in the foreground, but wasn’t. That slow pace at which you play, especially when the game allows you to passively sit back and kill enemies (which don’t respawn upon death resets), really takes the haste and drive out of the platforming experience. I found myself begrudgingly pressing ‘Restart Level’ with remorse rather than anticipation. 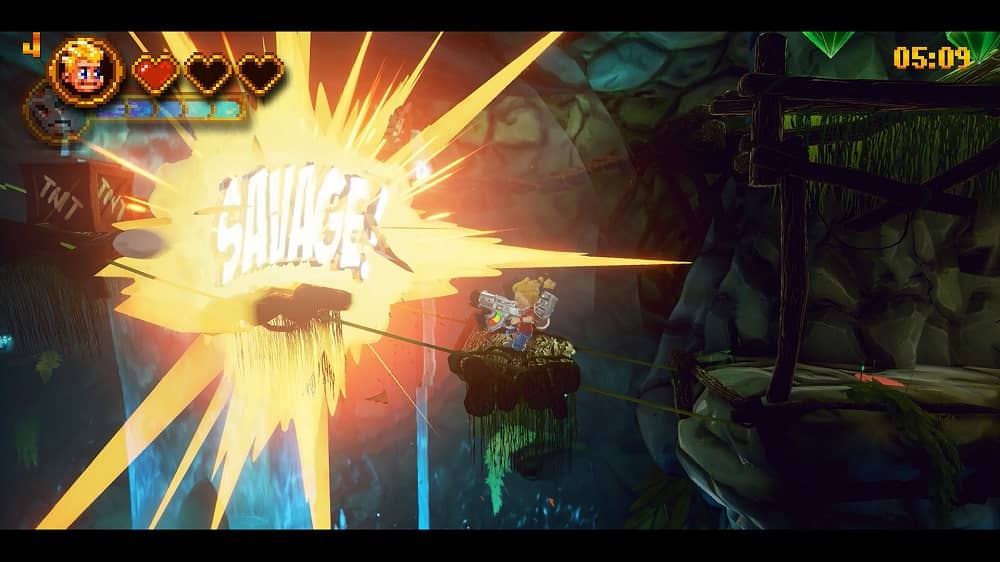 Most of the boss fights, though they follow the same basic mechanic, are enjoyable and pleasantly challenging — apart from the final boss. The last boss fight is horrendously orchestrated, which makes it an artificially difficult mess. The checkpoints within the levels are spaced well, but there’s so much backtracking in each level that staying in a single level for upwards of 25 minutes is not uncommon.

Rad Rodgers doesn’t fail in every department, however. The different weapon augments (chain gun, fire, grenade, beam, etc.) give players several ways of handling situations, though the inability to use them when you want does become bothersome later on. The soundtrack is appropriately rad and the game does have a beautiful shine to it. The latter half of the game might be brutally challenging at times, but it does features some fantastically designed old-school platforming that did put a smile on face and reminded me of the likes of Donkey Kong Country.

Yet despite those great sections, I’m still overcome with a feeling of relief to have finished the game. For everything it does right, Rad Rodgers does three things wrong. I’ll remember the time I spent going through this game, but maybe not for the best reasons. Despite my love of the 90s and all its radicalness, I won’t be eagerly returning to this one, no matter how rad it may seem.

Rad Rodgers is available on PC, PS4 and Xbox One. We reviewed the PC version.