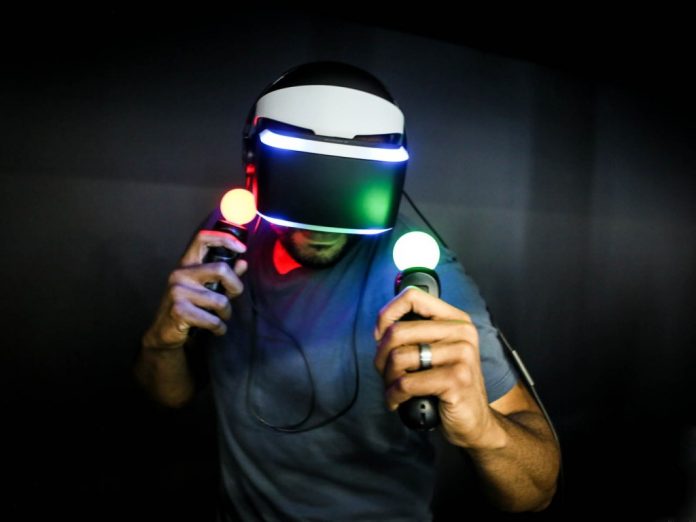 There’s some small part of me that wants to own a PSVR headset, to immerse myself in a virtual world while looking like a flailing, visor-wearing fool to anyone who walks past. But every time I consider purchasing Sony’s Playstation 4 Virtual Reality add-on, I think about all the gaming peripherals that, supposedly the Next Big Thing, now take up space in second hand shops and rarely-explored cupboards.

Peripherals like the MegaCD which, thanks to Sega’s folly, remains the greatest single barrier to my purchase of a PSVR.

Not that I still own a MegaCD; I sold it years ago, for a fraction of what I paid for it, but the guilt of persuading my parents to buy it for me still haunts me to this day. An add-on for the Sega Megadrive, it ended up being a pricey white elephant for most. Sega’s marketing certainly didn’t help, showing footage of the games you could play but failing to explain why they were in any way superior. Nor did purchasing the system make its benefits obvious, due to the system’s lacklustre software support. MegaCD games were either slightly enhanced ports of Megadrive titles or “interactive movies” that offered little in the way of real gameplay.

The system didn’t fare well and then Sega made the stupefying decision to try and sell an additional add-on, the 32X, which worked in concert with both the MegaCD and the standard Megadrive. Unsurprisingly, it sold poorly compared to the MegaCD and its failure contributed to Sega’s decline and their ultimate withdrawal from the hardware market. Silly old Sega, eh?

Except that while Sega’s gaffe may have been costly for the company, it was by no means an isolated blunder. There’s an ongoing cycle of companies releasing gaming peripherals, failing to garner enough third party support and then quietly dropping them, leaving consumers with a costly but useless piece of gaming technology. There’s the Nintendo Power Glove, Sega’s Activator, the Playstation Eye, Microsoft’s Kinect and the Playstation Move to name but a few. True, Sony PSVR may make use of Playstation Move peripherals but prior to the device’s release they were merely weirdly-shaped shelf ornaments. None of these devices have, to date, diminished the wariness that the MegaCD’s failure left me with.

The chief problem is that gaming peripherals such as the Kinect, Playstation Move and even Playstation VR risk splitting a platform’s userbase. Publishers are then left with three choices: don’t support the peripheral, add partial support to their existing titles or build games from the ground up to make exclusive use of the device. The latter option, however, means that their sales are then restricted to those gamers who have the peripheral in question. Adding support to existing titles is a safer financial bet but it makes it less likely early adopters will get the killer app they need to justify their purchase, or to drive new consumers to buy the device. My experience with MegaCD has, admittedly, made me cynical on this front. I had the opportunity to try Playstation VR and while my experience was positive, I’ve yet to be swayed. Matt sung the praises of PSVR title Moss, arguing that “PSVR has found its champion, its poster child” but I’m not yet convinced that Playstation VR will stay the course and avoid the fate of other add-ons.

A year from launch PSVR is only now starting to build up a stable of solid games with few real “killer apps.” The prospect of paying £300 to give me the opportunity to experience perhaps ten worthwhile titles doesn’t make sense to me, particularly when I could use that money to purchase 10+ new releases.

My eyes still widen when I spy a PSVR for sale and I daresay that when I spy a good enough offer, I’ll be joining the visor-wearing elite. But for now, thanks to that useless black breeze-block that once sat on my carpet, my wallet is staying firmly in my pocket.