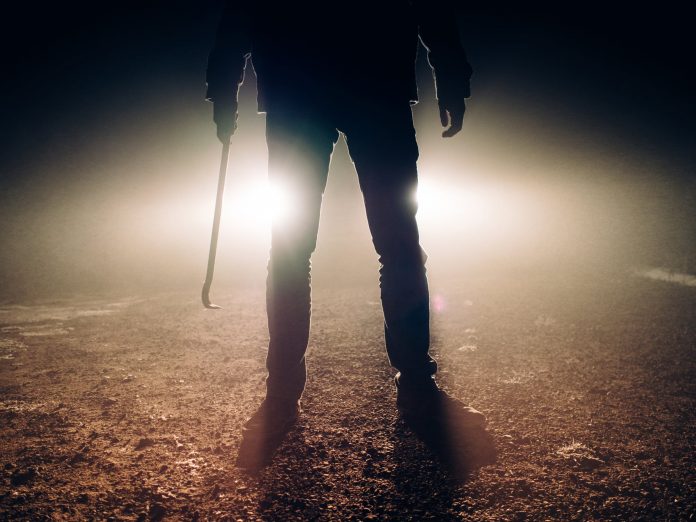 How do you relax after a hard day playing Street Fighter Unknown’s Fortnightly RocketCraft? A spot of meditation? A tumbler of gin?

Nonsense. The correct way to unwind after winning Michael Winner’s Christmas Dinner is to sit down with a deeply unsettling short horror film. Luckily for you, we’ve picked out six special horror shorts; special because, for the most part, they don’t rely on jump scares to chill you to the bone. Are you sitting uncomfortably? Then we’ll begin.

The Ten Steps is a superbly chilling Irish short that, by leaving things to your imagination, will make you afraid to ever go in your cellar again. Especially if there wasn’t a cellar there when you moved in.

A man struggles to escape from a mysterious room, with no inkling of what may lay beyond the chained doors.  While the short shows more than The Ten Steps, it still offers more than mere jumpscares.

A cautionary tale about buying Fondant Fancies over the internet, this Lovecraftian short will have you steering clear of confectionery for a good couple of weeks. We still would have called it At the Mountains of Reefer Madness though.

Every 90’s Commercial Ever

Despite its teasing title, this dark tale doesn’t go in the direction you expect it to. The climactic gut-punch will stick with you long after the short’s ended.

And finally, something a little more sedate but no less chilling. A down-on-his-luck singer meets a an appreciative fan who has more than a little history itself.

And there you have it, enough horror to scare the special edition Loot-Box-only socks off anyone within a five mile radius. Sweet dreams.