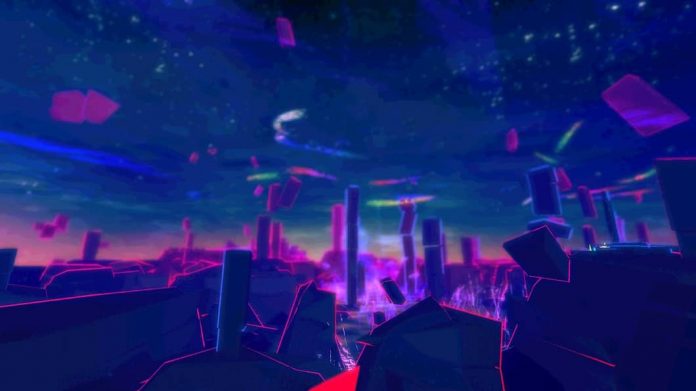 There’s an endless row of doors before you and each one leads to its own world.

The universe seemingly at your fingertips yet simultaneously out of your control. You take one of the doors, immediately transported to a place that seems alien and surreal. The sky is a dark purple, the ground beneath you a dark blue, the horizon before you made of jagged shards. Before long, a flash of white transport you to another world, one that’s equally mesmerising. This is the experience of playing 0°N 0°W, otherwise known as Zero North Zero West. 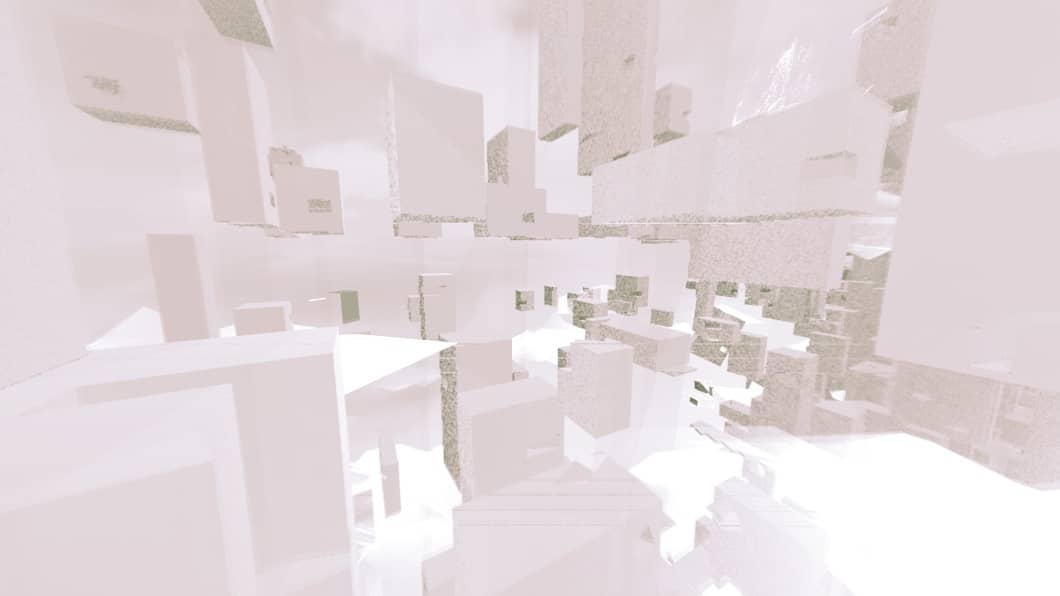 I first caught wind of developer Colorfiction’s new exploration game when our very own Kim previewed it earlier this year. Its unique visuals immediately grabbed my attention while simultaneously leaving most of the mystery unexplained, a potent mix for any batch of screenshots. It was hard to understand exactly what 0°N 0°W was without playing first hand, so that’s exactly what I did. Although even after a week since having first dove in, I’m still struggling to understand it.

A first-person adventure game, 0°N 0°W doesn’t let you do much outside of seeing what it has to offer. Although it may snugly fit within the parameters of the “walking sim” descriptor, however derogatory it may be, don’t let that dissuade you if you’re normally not into that sort of thing. 0°N 0°W is unlike any other game in the genre. 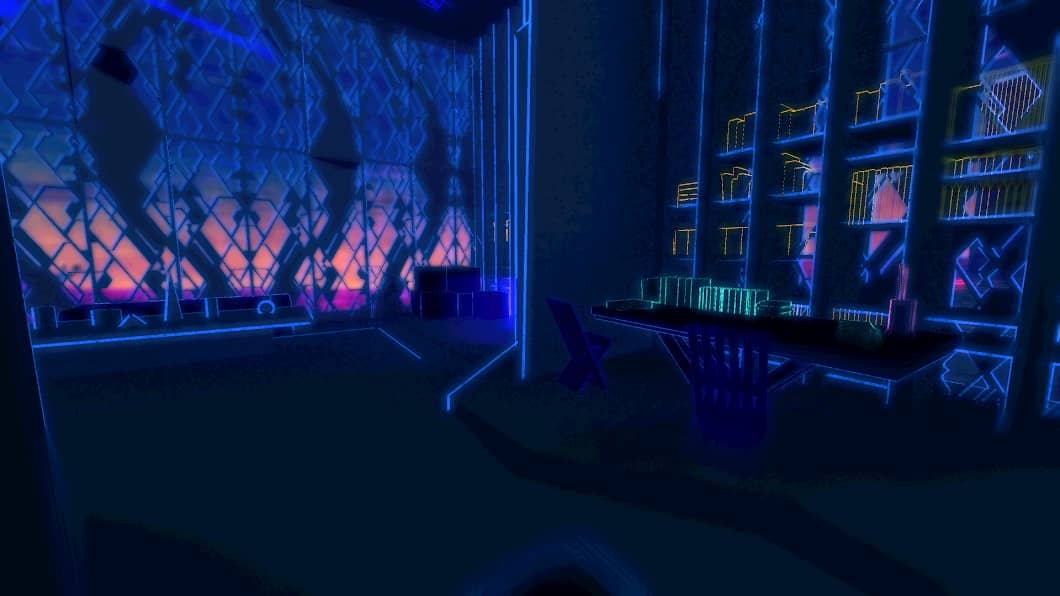 Instead of making your way through one cohesive environment, 0°N 0°W lets you explore countless different ones. By travelling from one visually ornate location to the next, you’re inundated with a sensory overload of bright and contrasting colours. A surrealistic vision that sometimes replicates our own reality while other times looking completely foreign, every moment of the game feels compelling to look at. These locations are beautiful, complex, and sometimes hard to endure. With so much stimuli going on at once there’s enough reason to warn those of you who are sensitive towards these types of visuals.

Thanks to 0°N 0°W’s randomised level generator, there is also an endless number of said environments to explore. Besides that, it also means that no one player’s experience will resemble any other’s. Your experience will be unique, yet there’s a sense that the random elements at play are intentional. There’s an element of surprise to it all, for sure, but there is also a hint of artistry to every new world. It almost feels like a lucid dream. Disorientating, bizarre, yet so fascinating that it’s hard to put down. 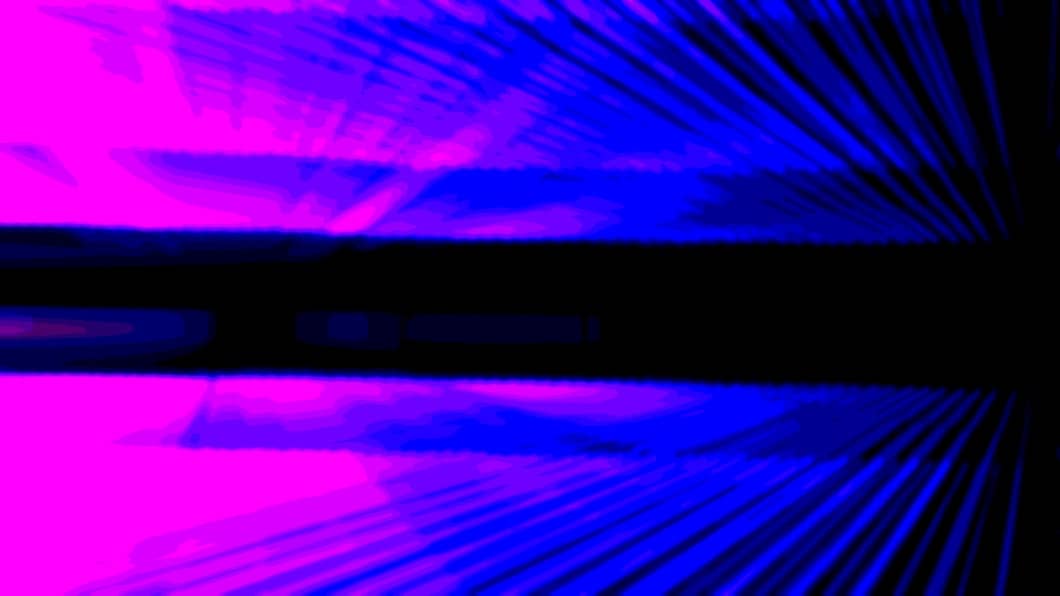 Without a doubt, 0°N 0°W is a unique game. However, it is still a part of a legacy of games that stem from the likes of Proteus and LSD: Dream Emulator. Narratively absent, they exist without premise or motivation. Games distilled into their purest form that take their minimalism to an extreme, these types of avant garde titles exist within their own subgenre. In the case of 0°N 0°W, the game offers a lot of visual spectacle that rarely amounts to anything beyond just that. Or at least, if there was any sort of cohesive meaning to it all, I was unable to discover it.

Bouncing between the completely abstract to more understandable and recognisable spaces had very little in common between them. I remember walking up to a televisions screen, not knowing anything would happen, only to have the screen fixated onto my perspective until I walked far enough away from the television. A similar effect happened with a computer monitor in a different environment, though the moments were so short and non-intrusive that they did little more than confuse me. It was surprising since that was the most interaction I had encountered in my entire time with the game, but it was enough for me to acknowledge that there may be more going on beneath the surface that I’m not aware of. 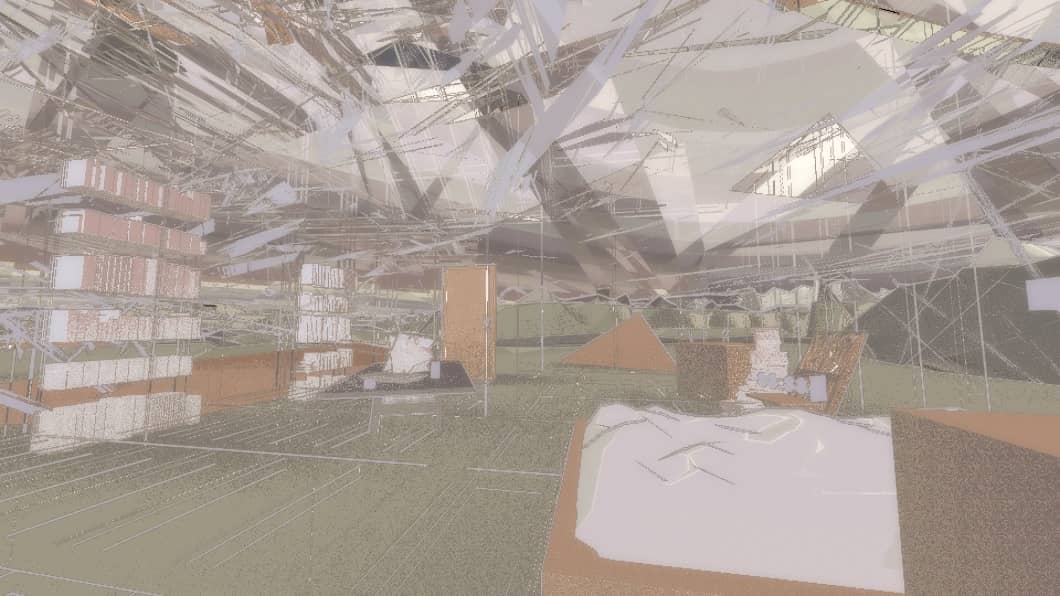 It’s hard not to call it pretentious at face value. The first game from Colorfiction, it barely resembles a game at all. Part of me wonders if that too was by design. A game that refuses definition in every instance, it would only make sense for 0°N 0°W to not play by the rules.

There is something powerful in a free-flowing exploration experience like this one, free from any loading screens or user interfaces that get in the way of other games like it — but it’s also preposterously hard to understand. Throwing the player into so many different environments, all of which having been smashed together with an algorithm to create something new every time, it offers us no answers. It instead forces us to find reason in its abstractions. That sort of approach to game design forces the relationship between a game and its audience into a difficult position, although it is an undoubtedly still an impactful experience. 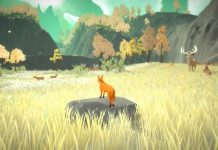 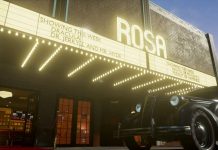