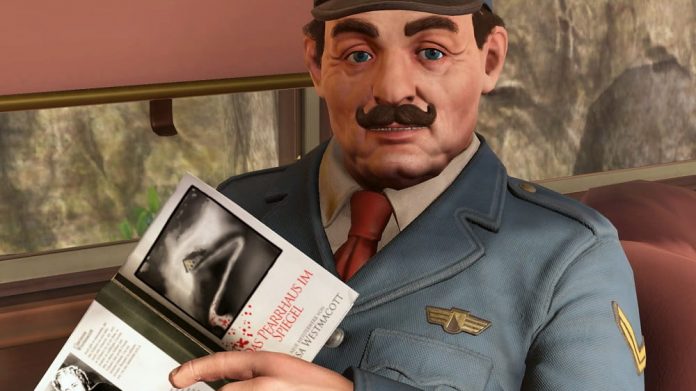 It’s hard not to groan when remasters are announced at times – new titles are always preferred over rehashes – but when they give you the opportunity to play something that you missed the first time around they’re undoubtedly handy.

For me, King Art’s The Raven is one such title. Released on PC in 2013 and PlayStation 3 in 2014, it promised murder and mystery in a typical point and click adventure game package, but I just never got around to playing it. Now remastered and re-released on Xbox One and PlayStation 4, however, I’ve not let it slip past me once again.

Split into three chapters, The Raven Remastered puts you in control of Anton Jakob Zellner, a middle-aged Swiss police constable out to prove himself after becoming involved with the possible resurgence of the Raven, a master thief who’s believed to be eyeing up a set of rubies known as the Eyes of the Sphinx. On the case is the well-known inspector Nicolas Legrand, who, having reportedly shot dead the Raven four years ago, is now questioning if he gunned down the right man.

Mystery is at the heart of The Raven Remastered, and it proves to be the game’s biggest asset. Straight away the game’s plot grabs you, and thanks to a cast of larger-than-life characters and praiseworthy voice acting, it keeps your attention until the end credits roll. There’s murder, drama and subterfuge, but The Raven Remastered also has its lighter moments that will make you chuckle. It’s a love letter to the likes of Agatha Christie; one that surely has an audience despite some shortcomings with regards to gameplay. 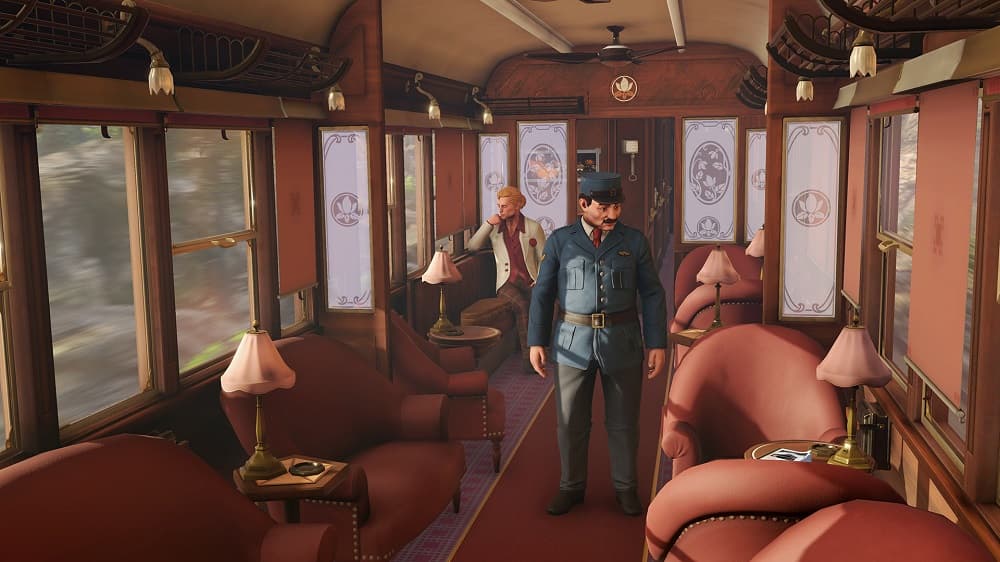 The Raven Remastered plays like any modern day console point and click adventure game. You move the portly constable Zellner around a range of environments with the left stick, and once you’re in range with an item or object you can interact with, you can press the respective face button to do so. Often, you can select exactly which object or item you want to interact with via the right stick too, when there are multiple options in close proximity. It’s fairly standard stuff, much like the game’s inventory system which also doesn’t do anything out of the ordinary.

The trouble with The Raven Remastered, however, is that your character’s movement is unduly laboured and finicky. You’ll often wrestle with the controls to try and get constable Zellner correctly lined up with an object, and in smaller areas he tends to get momentarily stuck on pieces of scenery. The sluggish and quite frankly glitchy movement of constable Zellner threatens to take the fun out of the experience at times, but only the most impatient players will find it bad enough to cease playing entirely. 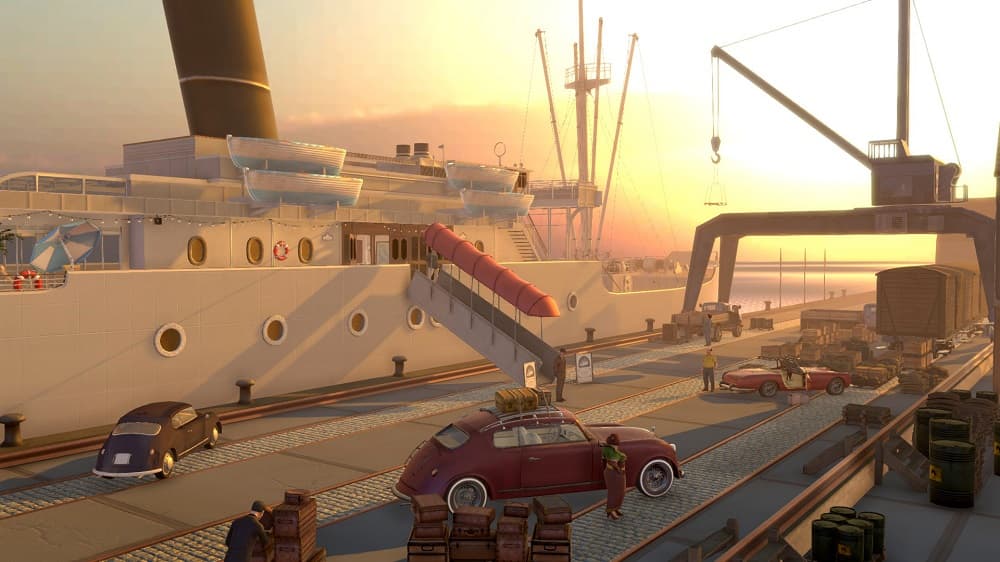 Aside from the movement issues, The Raven Remastered‘s only other bugbear is typical of the point and click genre; occasional illogical puzzles that will have you trying random items from your inventory on other items in the hope that they’ll work. To be fair, The Raven Remastered isn’t as guilty as most for this, but it does still have its moments.

Otherwise though, playing The Raven Remastered is an engaging and enjoyable experience. Progress is made rather swiftly, and the gameplay is kept fresh by the inclusion of the odd mini-game. Running at around 10 hours long, it’s a game that grabs your attention and doesn’t outstay its welcome. It doesn’t feel like there’s any filler. 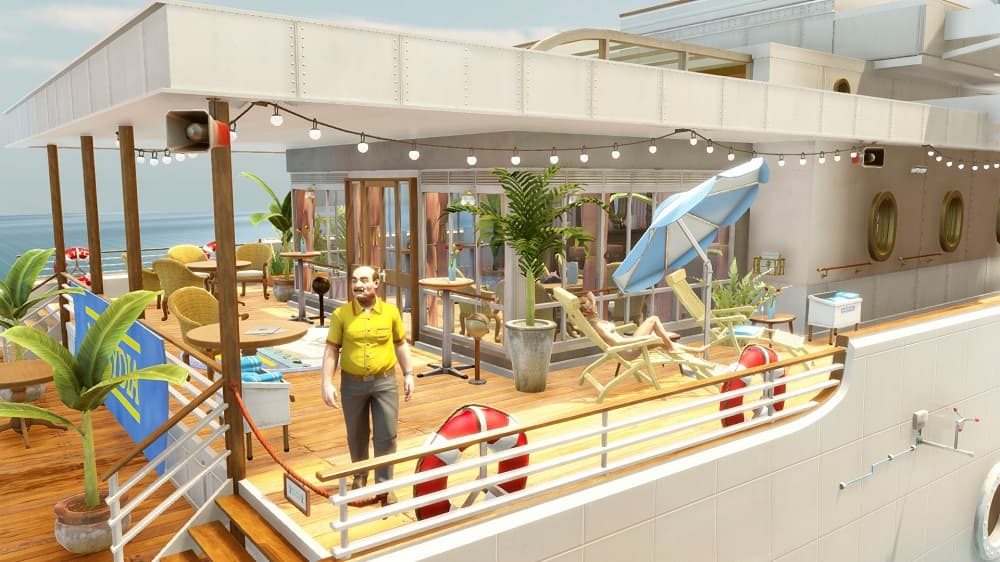 As far as the remastering process goes, The Raven has had a noticeable upgrade for this release, but it’s still not going to overly impress. At a distance, character models have a likeable, almost cartoonish appearance. When the camera moves in close, however, it exposes their flaws; namely their cold, dead eyes and simply adequate lip-syncing. Still, on the whole, The Raven Remastered is visually appealing thanks to its new lighting effects and general quirkiness.

If, like me, you like a good crime thriller and missed The Raven the first time around, don’t let The Raven Remastered pass you by. It may not have truly next-gen visuals and the movement of constable Zellner may be a little clunky, but its captivating story, entertaining characters and rewarding point and click gameplay more than compensate for any shortcomings. The Raven Remastered is a good example of why ports and remasters are important in the right circumstances; they allow more gamers to lay their hands on quality titles that may have flown under their radar or that they simply didn’t have time for in the past. Gems like this are easily buried and forgotten about in a swathe of AAA releases, but now you’ve got another chance to delve into it, and this time with more bells and whistles.

The Raven Remastered is available on PlayStation 4, Xbox One and PC. We reviewed the Xbox One version.