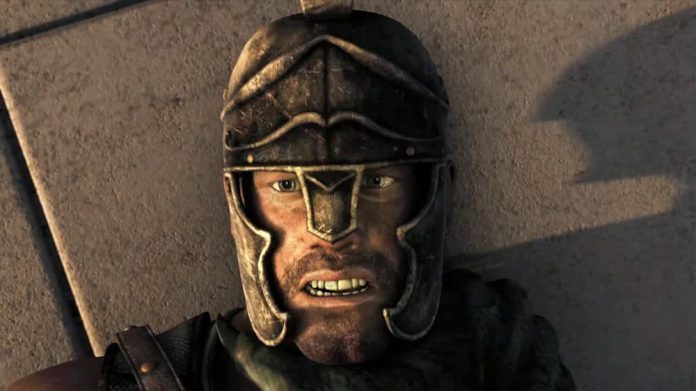 Titan Quest was originally released on PC in 2006. A year later it was expanded upon with Titan Quest: Immortal Throne. Then, ten years later, it inexplicably received another expansion: Titan Quest: Ragnarok.

What we have here though is a review of the console version of Titan Quest, which for some reason doesn’t include the extras that Titan Quest: Ragnarok brought into play. But still, the important thing is that Titan Quest is now available on PlayStation 4 and Xbox One. And considering that it’s over 10 years old, it’s not half bad.

As Diablo clones go, Titan Quest was, and still is, one of the best. After creating a character it has you adventuring across Ancient Greece, Egypt and more, killing and looting with reckless abandon as you seek to put a halt to the machinations of the Titans which have unleashed an army of monsters upon the world. Unlike the latest Diablo game to appear on consoles, however, the mighty Diablo 3, Titan Quest hasn’t been quite so well adapted for its new home. 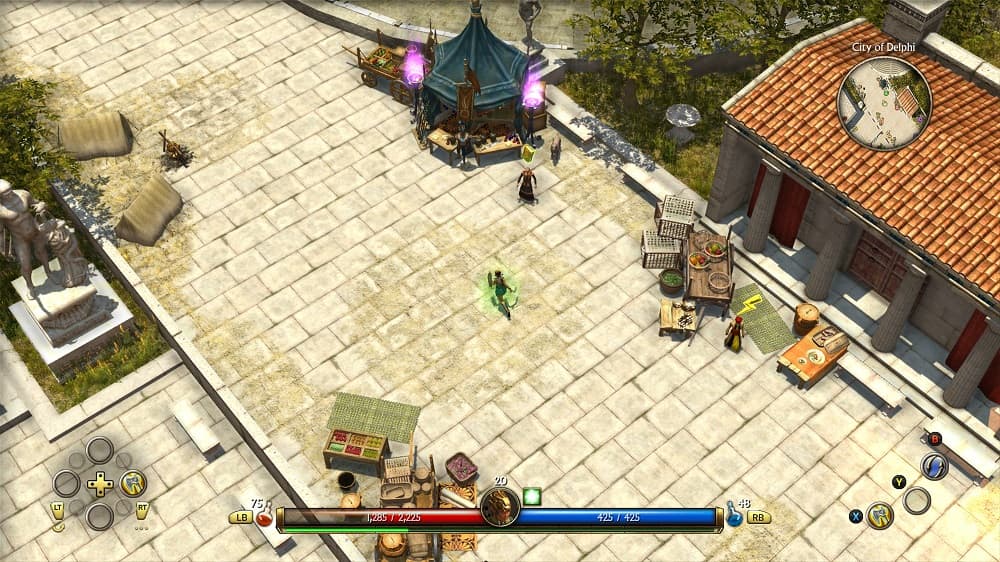 Graphically it fares rather well. Or at least better than you’d expect, anyway. At its standard zoomed-out camera perspective, textures are quite sharp and animations are fluid. It’s only when you zoom in that things become less attractive, but given the game’s age that’s understandable. It’s Titan Quest‘s improved lighting and special effects that make it passable as a current-gen game, however, despite them seemingly glitching from time to time. It’s no Diablo 3 or Path of Exile, but it’s certainly not an eyesore.

The revamped HUD is pretty nice too, though the mini-map that sits in the top-right corner of the screen is essentially useless. It gives you a general idea of where you are on any given map, sure, but icons that signify quest givers and the like are so tiny that you’re highly likely to miss them. Saying that, it’s not as if there’s an abundance of side-quests to be discovered, though.

Little issues like the dire mini-map are insignificant next to the more pressing problems that Titan Quest on console has, like troublesome inventory management. For Diablo 3, Blizzard made the wise choice of allowing console players to simply pick up a set number of items before becoming overburdened. Here, however, you still have the same square based inventory system that requires you to move items around to fit new ones in, only, you can’t move items manually. Your only option to optimise your inventory space is to press a ‘sort’ button, which doesn’t always arrange them as you’d like. The situation gets a little better as you progress through the game thanks to you unlocking extra space, but it’s still not ideal. 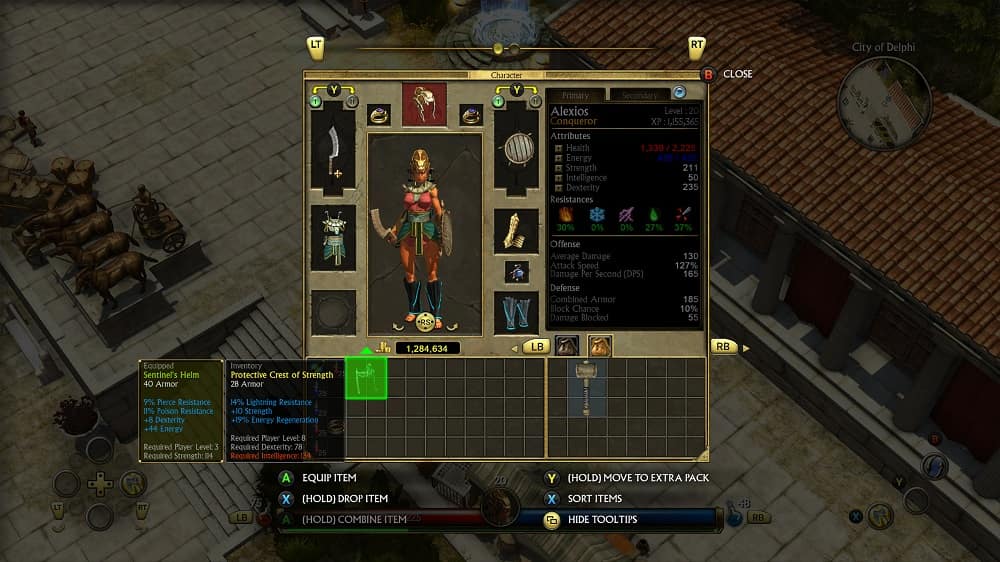 Even combat isn’t always as enjoyable as it should be, thank to Titan Quest‘s less than stellar targeting system. Holding down the attack button forces your character to pursue and attack whichever enemy is highlighted. How the game decides which enemy should be highlighted is beyond me though, as it often makes no sense. You can have four Minotaurs reigning down blows upon you, but for some reason your character will decide to attack a Satyr archer on the other side of the screen, desperately trying to walk through their foes to reach them. You’re supposed to be able to manually select an enemy to attack by holding the attack button and rotating the left analogue stick, but unfortunately it doesn’t always work.

Pacing is perhaps Titan Quest‘s biggest problem though; it just feels too drawn out. You spend too long fighting the same enemies across environments that look all too similar, and warp points are just too spaced out to promote returning to previously explored areas. Your initial playthrough on normal difficulty is likely to take in excess of 30 hours, but you get the feeling that the journey should have taken no more than about 20. It takes away a little motivation to go through the game’s harder difficulties, or even start again with a new character class. 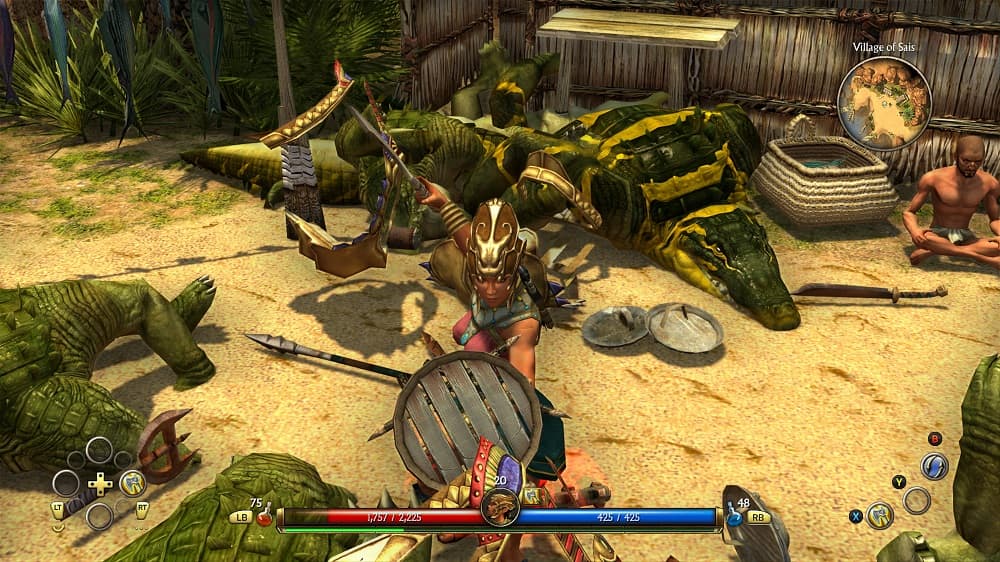 But still, despite all of its problems, those who get absorbed by Titan Quest‘s gameplay and don’t mind its artificial padding will find plenty of reason to go back to it time after time. Fighting your way through all three of the game’s difficulties poses quite a challenge; one that will require hunting down some stellar equipment either by looting, shopping or crafting. And then there’s the game’s mastery system, which allows you to select up to two character classes to truly nurture your own unique hero. Titan Quest sits somewhere between Diablo 2 and 3 in terms of depth, which is to say that it offers a considerably long-lasting experience.

‘Troubled’ is perhaps the best way to describe Titan Quest on console. The game itself has stood the test of time, but it needed more tweaking to be completely suitable to be comfortably played while sat on a couch. Control issues and poor pacing will turn off some players before the game truly hits its stride, but those who persist will find an experience that has cavernous depth. It’s not perfect, but with Diablo 4 yet to be officially announced, Titan Quest on console will scratch the loot-based action RPG itch that many gamers may be feeling, albeit with some frustrations along the way.

Titan Quest is available on PlayStation 4 and Xbox One. We reviewed the Xbox One version.