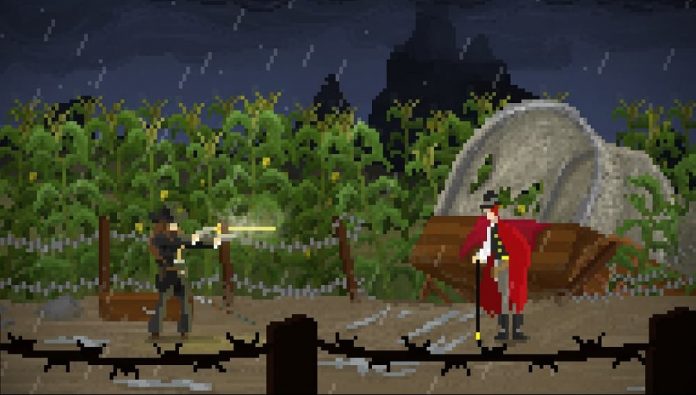 There aren’t that many games about duelling, are there?

It’s a shame really, as it’s rather exciting. The build-up of tension as both combatants wait for the signal to reach for their guns sends a course of adrenaline surging through the veins, which is only released when shots have been fired and the loser crumples to the floor. Western Press achieves this feeling magnificently, despite looking like a game that’s 20-odd years old.

Developed by Bandit-1, Western Press, has been available on PC for nearly two years, but has also just recently landed on Xbox One. Thanks to its retro visuals you’d be forgiven for thinking that it’s a game from a bygone era, but its online features reassure you otherwise; this is just a game that puts gameplay first. And besides, its graphics may look blockier than LEGO, but they still have a great deal of charm. 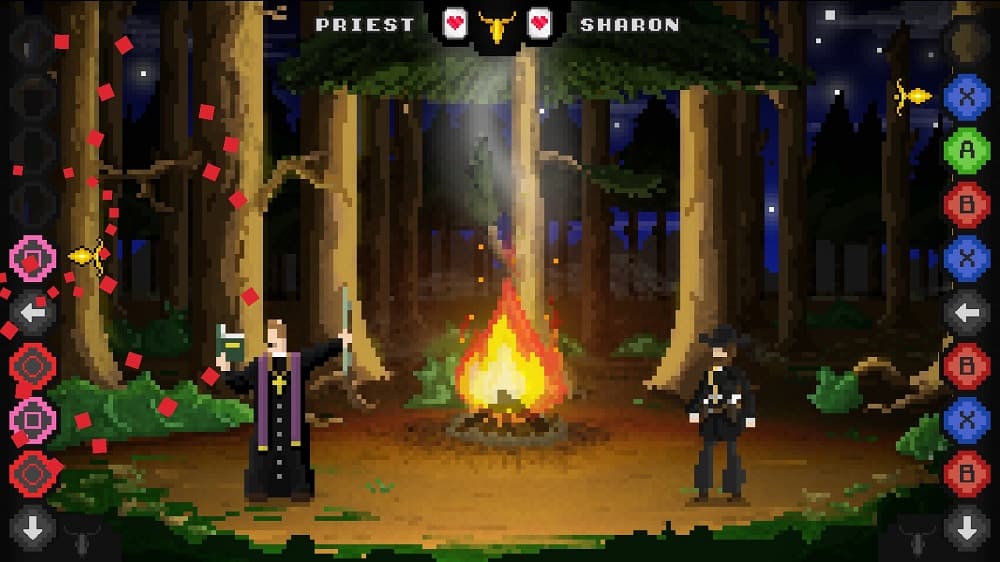 Western Press is primarily a multiplayer game, though it does have some single player only content in the form of a Skill Tester. Ever wondered just how good your reflexes and hand-eye coordination are? Western Press‘ Skill Tester will give you a good indication. There are nine opponents to work your way through, and to dispatch them you need to pull off a string of ten button presses before they do.

Get a button press wrong and some fractions of a second will be added on to your draw time, leading to some tense moments where you’ll really not be sure if you’re the victor or not. It’s in these moments that Western Press is at its best; when you’re waiting to see your character draw their weapon and shoot, allowing you to breathe a sigh of relief or dismay. Though as you make your way through your opponents, your margin for error diminishes greatly.

Each character you defeat in Skill Tester becomes available for use in Western Press‘ other modes, so it’s certainly worth trying to overcome them all. Though Wyatt Hurt proves to be a tough cookie to crack thanks to the sudden nature in which the string of buttons you need to press is displayed. Still, he provides a lasting challenge for those hellbent on defeating him. 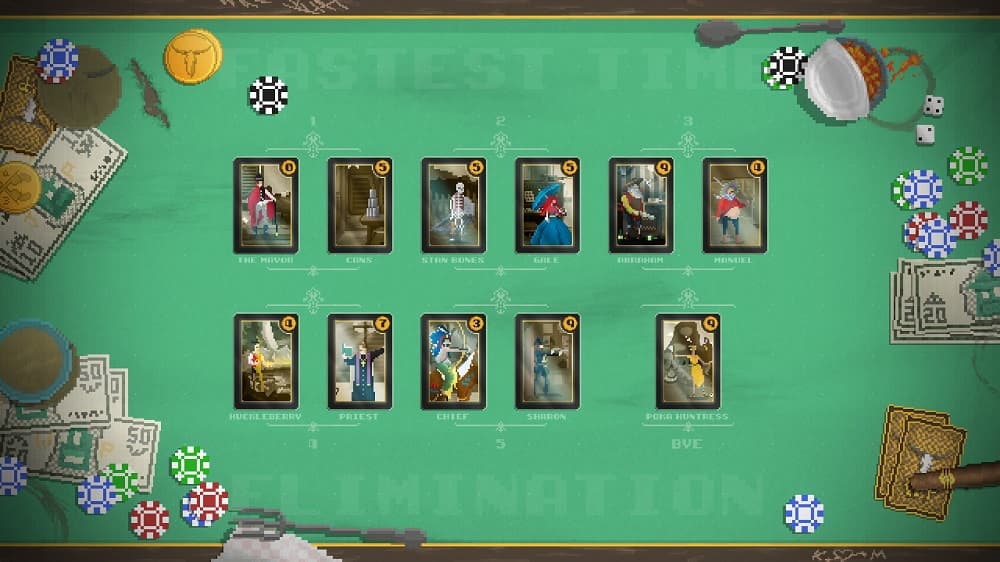 Tournament Mode is where Western Press really shine though, allowing up to 16 players to battle it out and prove who’s best. A combination of local and online players as well as bots is welcome, and game settings can be tweaked to provide bespoke experiences. You can increase or decrease the penalty for fluffing a button press, for example, or limit the required button presses to the d-pad or face buttons. The most interesting option within Tournament Mode, however, is the option to play in Memory Mode.

In Memory Mode, it’s less about completing a string of button presses as fast as possible, and more about remembering them. Things start out simple, with both players shown a short string of button presses. Then, with them gone from the screen, both players need to input them before the time runs out. If both players get it right then the sequence gets more complex. Rinse and repeat until someone finally slips up and you have a challenging memory game that’s a great fun with friends. It’s also probably the best mode to play online due it being less affected by lag.

Available on Steam for only £3.99/$4.99, and £6.39/$7.99 on Xbox One, Western Press makes for a brilliant and inexpensive party game. Its basic nature means you’re not going to get much out of it when played on your own, whether online or offline, but with friends it’s an absolute riot.

Western Press is available on PC and Xbox One. We reviewed the Xbox One version. 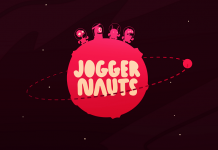