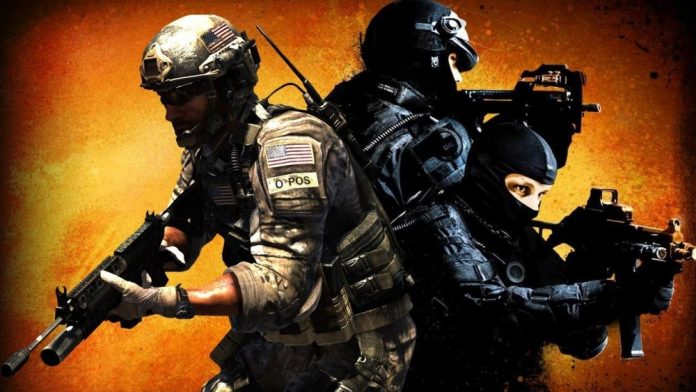 Counter-Strike: Global Offensive’s success since its release in 2012 has meant that it has become an esports classic.

CS: GO has made history with memorable gameplay, as well as marking the walls with graffiti. Some players practice being purposely funny during their matches. With creative thinking, they steal the show with some clever humour to get support on their side.

The top teams around the world play Counter-Strike at prestigious tournaments. Here are some fun facts about CS:GO that make it all the more entertaining to watch.

How many of you have ever dreamt of robbing a bank? In Counter-Strike, you can rob an ATM in Overpass Bombsite A, the TTK Bank. Better yet, you get away with it unless the opposing team catches up with you and realises what you’re doing. All you have to do is shoot at the cash machine as many times you like until you see the notes rain out. Then all the money is yours for the taking. 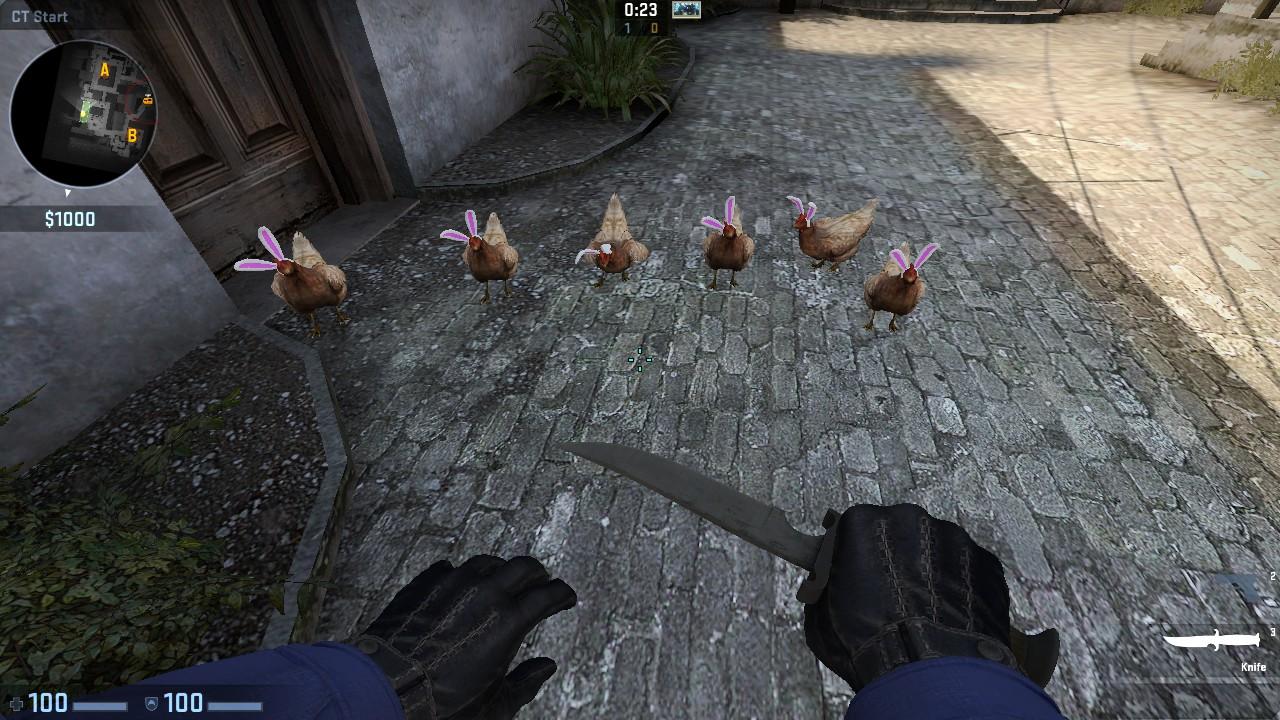 Chickens Roam the Streets of Cobblestone

Counter-Strike‘s fascination with birds goes all the way back to the CS 1.6 days. At first, hens were programmed not to move about but peck in the same spot until they were killed. Upon the release of CS: GO in 2012, chickens were free to roam about with the ability to react. You can find these small animals roaming around or spawning while playing Deathmatch in the game maps; Inferno, Cobblestone, Italy, Militia and Rush.

Over the years, the in-game chickens have worn some seasonal costumes for Easter and Halloween and other festive holidays. Thanks to Valve, they seem to have found their five minutes of fame. You can own poultry by pressing E on the hen, they will then follow you wherever you go. In Counter Strike history, a chicken once saved the life of top player – ‘SK Fallen’ – so think twice before shooting birds. 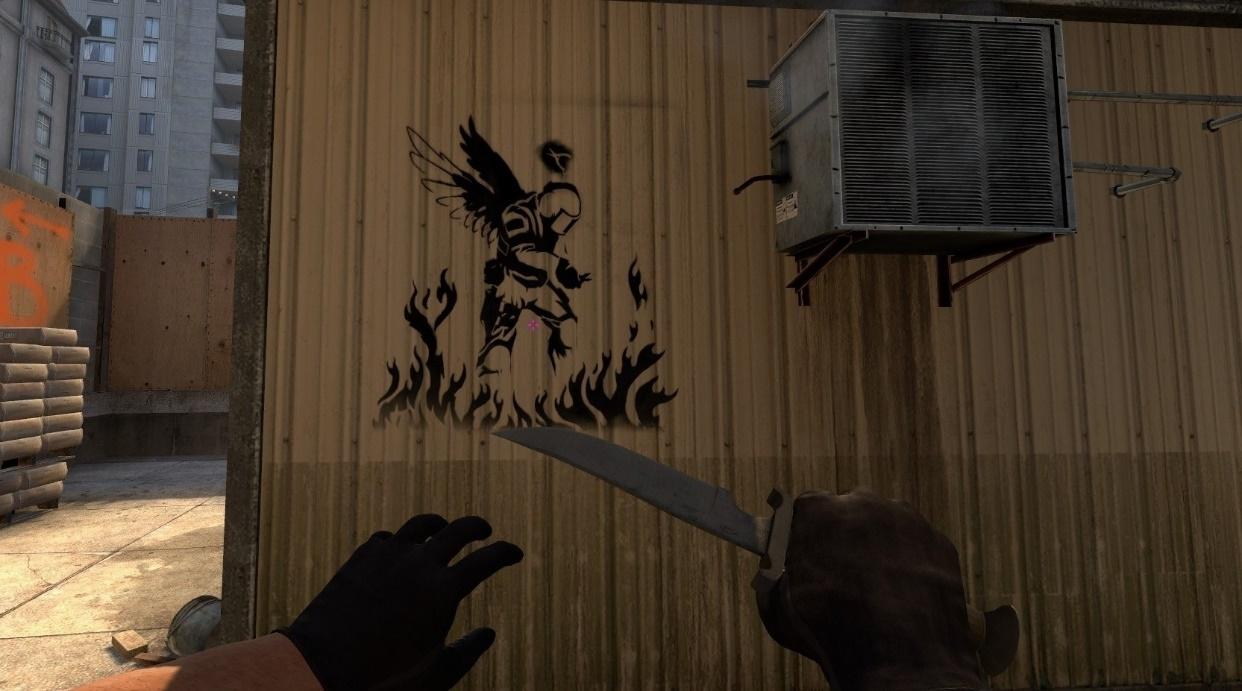 At ESL One Cologne 2014, the Swedish Counter Strike player, ‘Olofmeister’ was playing for Fnatic (FNC) at the time, managed to reach the Semi-finals to compete against Dignitas (DIG). At one point in the tournament, DIG set up a defence and planted a bomb in site B, while FNC used hand grenades to drive away the opposing team. It was at that moment that ‘Olofmeister’ went straight in the flames to defuse the bomb but just a millisecond later he died. His taking one for the team helped to win the match in the end. So in memory of Olofmeister’s move of a 3-flame-kill, Valve drew graffiti on a wall in the Bombsite B of the Overpass map. The image shows CT player, Olofmeister with wings symbolizing him as the guardian angel, standing in the smouldering flames, defusing a bomb.

The following year at ESL One Cologne, Fnatic came up with another of their ingenious gaming tactics at the Finals against the French team, EnVyUs. FNC had gathered $4750 for the final round and chose to use all their ammunition supply. In overtime, the Swedish CS squad won two rounds and went for the 4-man sniper strategy which the French could not predict in time. The situation left NV Apex jump with fright against four Fnatic awpers who won the esports tournament. This tactic has been remembered with a graffiti of a smiling terrorist holding four rifles. This drawing is located in the Dust 2 map. However you may not see it anymore as it was removed a few months ago. 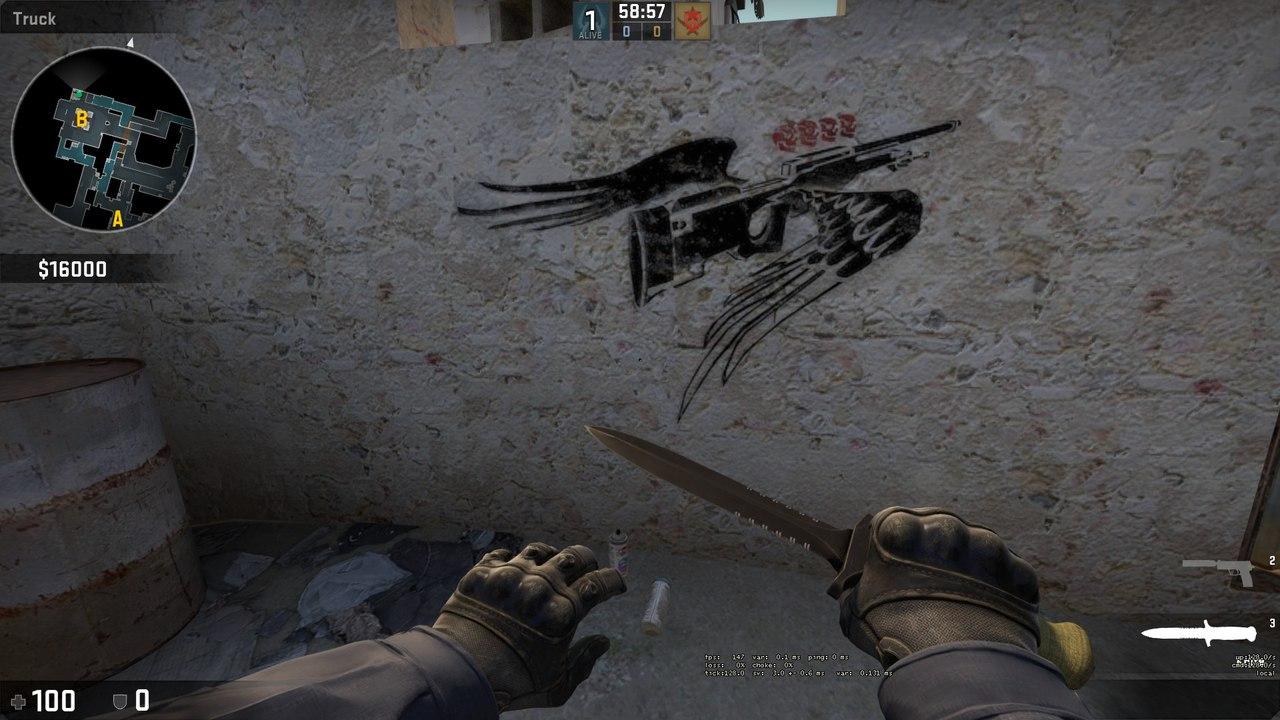 It was the Semi-finals of MLG Colombus 2016, Coldzera and his team Luminosity were losing to Liquid with a score of 15-9. Hoping for victory, at that point, LG had to win every round to win the CS tournament. Colzera saw a risk worth taking, to lead an AWP defence on Mirage Bombsite B on his own. An outstanding performance with some luck played a part in favour of Luminosity.

Just around the corner, he takes out TL adreN, who jumped and tried a no scoped shot that kills two opponents, EliGE and s1mple. If that was not impressive, another no-scope shot was fired at nitr0 who tried to kill him from above and that situation led Luminosity to win the Counter-Strike match. One of many insane game tactics by Coldzera has made history. Valve added the CS graffiti of a winged rifle with four red skulls, which can be seen in the Mirage map in the B-site.

No matter how many years pass, Counter-Strike will continue to be an esports game. However, CS is not only about individual performances, sometimes you need to take a risk for your team. Capturing the attention of esports fans with some humour will certainly help support you – by having pets by your side protecting you or perhaps even a distraction at the ATM. 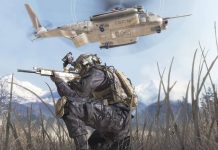