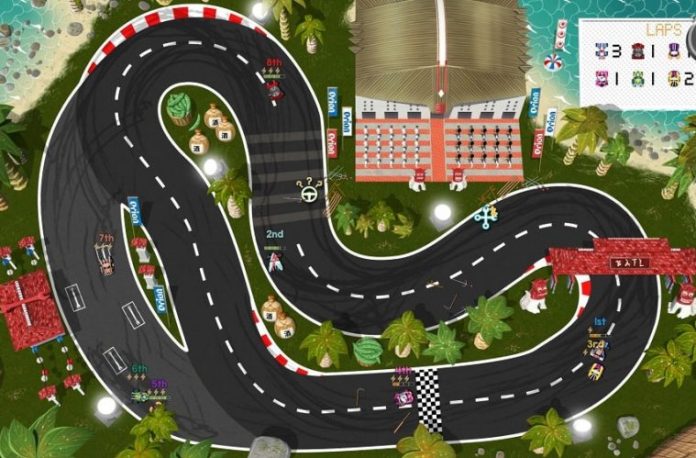 The Switch doesn’t have much in the way of racing games, and the majority are of the arcade variety. BAFL – Brakes Are For Losers is the latest of the bunch, and doesn’t quite have the staying power of the others.

Day by day, the Switch eShop is growing exponentially. It’s quickly becoming overloaded with arcade games of every genre, and filling your library isn’t as much trouble as it once was. Racing fans are still left wanting a bit, and Brakes Are For Losers is a title that can, at best, temporarily satiate the need for a new racing game. An arcade racer through and through, as its title may suggest, the game doesn’t let you use brakes. It’s an extremely simple game that offers little in terms of extended content. While the racing is hectic and fun, especially in multiplayer, there just isn’t enough here to keep you coming back time and again. 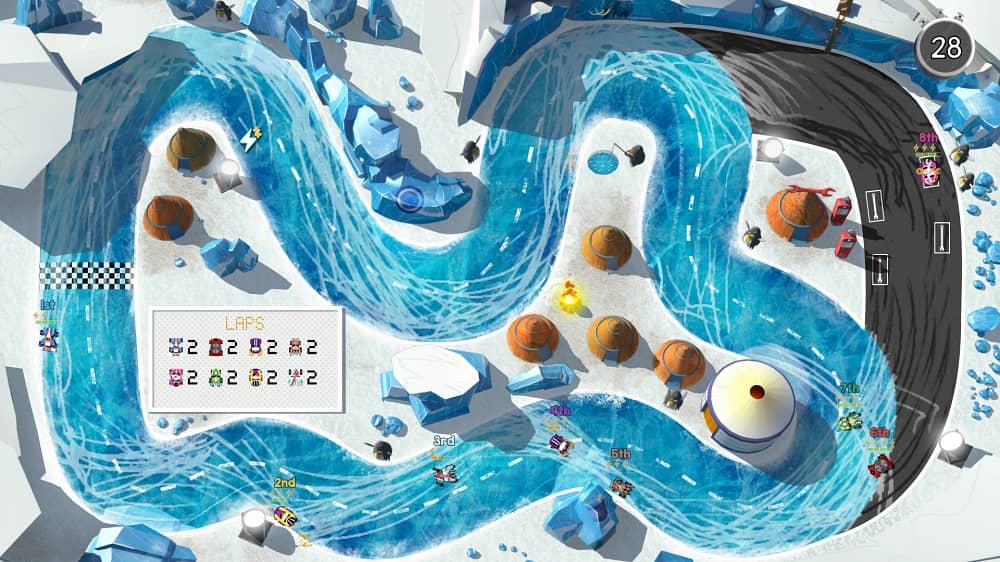 The actual racing in BAFL is rather fun. The tracks are pretty varied and include things like moving traffic, ice, and power-ups. Each race is a blistering chase to finish as many laps as possible in sixty seconds. The Championships offer a fair challenge, especially on higher difficulties. There’s a good amount of tracks as well, and they each have their own unique setting and layout. Between championship races you can upgrade your car with things like speed, handling, and armour. Brakes can be purchased, but they will cost you a lot of money. It’s no surprise, though, that they are very helpful. Without them, you simply steer and use nitro boosts to get around the track as many times as possible.

The best part of BAFL – Brakes Are For Losers is, in my opinion, the special modes: Time Attack and Perfect Race. Not only are they great practice, they’re tons of fun! Time Attack gives you a lap time to beat, whereas Perfect Race gives you a meter marking for how long you have to drive without hitting the wall. It sounds simple, but not hitting the walls is very, very hard. I spent a lot of time in the special modes, and they made me a better driver come race time. Especially because the AI, and your friends, will bump you like there’s no tomorrow, so being able to right yourself quickly is great help. You also have pit stops you can go to to refill your health (which drains from any contact), and those places are a mess. Other cars can bump you out, basically wasting your time and screwing you over. It’s equally funny and frustrating. 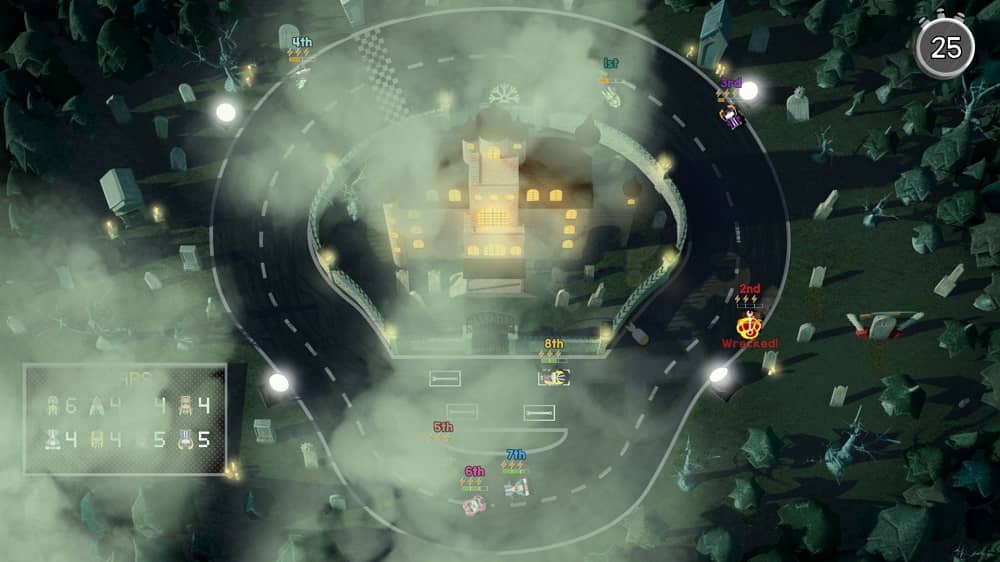 Not Enough Gas In The Tank

Despite how fun the racing can be, BAFL – Brakes Are For Losers just doesn’t have enough there. You can experience a good amount of racing in a short period of time, but the game doesn’t draw you back in once you’ve finished. Not having the ability to pick tracks is a bit frustrating. Finding your car amid the chaos on the course is a pain, as well, as the game does little in the way of marking your vehicle for you. Sure, you know what car you picked, but it’s so easy to lose yourself in the race.

There’s an overall general lack of, let’s say, haste. I wish the game was just faster. Given the nature of the cars having no brakes, I feel it would vastly improve the experience to make it crazier. For a top-down arcade racer, it’s a bit too timid for my liking. There are just too many times during the race where you know what’s coming next, and I wish it was more sporadic. It just doesn’t have that true arcade feel to it.

Not Bad, But Not A Necessity

For a fiver, BAFL – Brakes Are For Losers does grant you a fun time. That fiver just doesn’t take you very far. I love racing games, and I especially love arcade racers, but this one just didn’t pull me in for very long. Not a necessity for your library by any means, but a fair addition to a racing fans library. If you want a fun, pretty mindless party game for you and your friends, it’s not the worst choice. It’s fun, but short on gas.

BAFL – Brakes Are For Losers is available on PC and Nintendo Switch. We reviewed the Switch version.