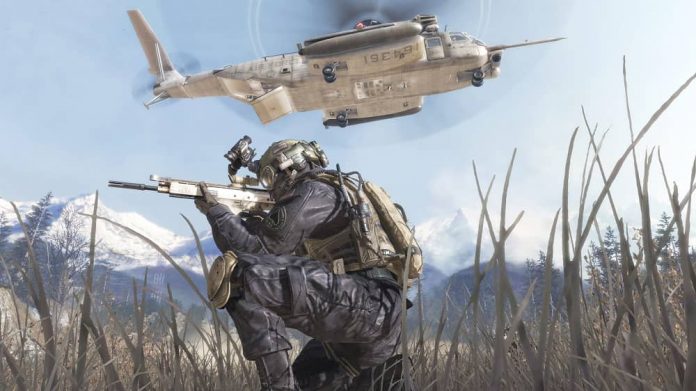 Call of Duty: Modern Warfare 2 seems to be the next game in the series to get the remaster treatment, if rumours are to be believed, which has got me thinking about its ‘No Russian’ level quite a bit.

The level “No Russian” has made its mark as one of the most controversial moments in gaming history. Taking place early in Modern Warfare 2’s campaign, the level depicts a terrorist attack at a fictional Moscow airport where the player takes part in a mass shooting. The game’s developer, Infinity Ward, felt it necessary to include a warning at the beginning of the game and went so far as to allow players the option to skip the level entirely. The level was criticised by people both in and out of the industry when it first released in 2009, but it’s in today’s political climate that the potential re-release finds itself in. All things considered, it hasn’t aged too well.

Content warning: the mass shooting from the level “No Russian” is discussed below.

The level begins in an elevator. Four men surround you in suits and bulletproof vests. Everyone has a machine gun. A man to your left whispers in English, “remember: no russian”. The elevator door opens to a security checkpoint at the airport with innocent bystanders patiently waiting in line. The player and the accompanying four men exit the elevator, guns in tow, and form a line. No one notices them at first. There’s a hushed whisper for a moment, like a terrifying calm before the storm. The men raise their weapons. Another pause – then they open fire.

Immediately, the crowd erupts in screams as people begin running to escape the gunfire. Even if we hadn’t seen so many similar terrorist attacks and mass shootings in recent memory, it would be a horrifying sight to behold. For a few moments, there’s no one to stop you. As the men make their way through the airport unchallenged, countless people die. Eventually the Russian FSB arrive on the scene, but because this is a video game, they also aren’t much of a challenge. By the time the level ends, one of the men turns to you and shoots you in the chest before making their escape, leaving you to die at the airport. 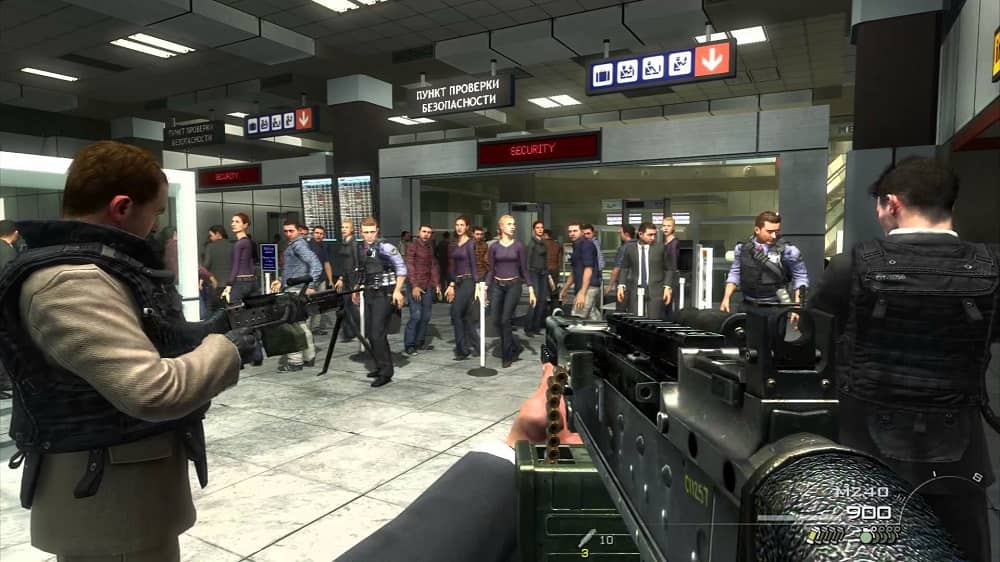 The player’s character is revealed to be Joseph Allen, an undercover CIA operative working to gain the trust of a Russian revolutionary, Vladimir Makarov. The level’s name coming from Makarov’s opening line in the mission, a reminder to not speak any Russian. The narrative implications of the level are impactful with the game’s main villain, Makarov, intending to use the player’s character as a false flag in the mass shooting thus causing Russia to declare war with the United States.

While games have been brutally violent before, players have never been given such agency in a terrorist attack such as this. Especially in such a high profile game as Modern Warfare 2. The idea that a CIA operative would be so willing to gain the trust of foreign terrorists that they’d take part in a mass shooting alone was problematic, not to mention the level’s extreme violence was hard for many to stomach. It’s important to remember that Call of Duty: Modern Warfare 2 was coming off of the series’ most successful title yet. With more eyes on the series than ever, the development team knew it would attract controversy.

While the level had its fair share of detractors, there were also those who supported its inclusion in the game. There was a sense that the medium’s maturity was on the line. After all, how many terrorist attacks had been depicted in movies and television shows? Why couldn’t games tackle difficult subject matters similarly? Even for my sixteen-year-old self at the time, I felt like the level was worth defending. Maybe it was my teenage angst, maybe it was a feeling like games weren’t getting the respect they deserved. Either way, I championed Modern Warfare 2 for “going there”. Today, as a 25 year old adult, I feel much less inclined to give it praise.

Last month, the March For our Lives event reminded us of the sort of violence guns are capable of. As a citizen in the United States, it’s hard not to notice gaming’s impact on our obsession with weapons and violence. To be clear, the notion that there is any causal link between violent video games and real-world violence is untrue. The idea seems to act as an excuse for many to explain away such tragedies like the recent Parkland Florida shooting. At the same time, however, there is an important discussion to be had around gaming’s role in society’s attitude towards violence, and more specifically, the gun.

Call of Duty itself has played a pivotal role in my own generation’s love of guns. I grew up in a small town in the midwest without much to do on a Friday night. Most of the kids in my highschool played games to pass the time. Call of Duty’s multiplayer provided an addictive ladder to climb for many of us. Achieving an impressive tenth prestige in the game would normally take about a year to accomplish, leading us right into the next Call of Duty game like clockwork. While games like Halo and Goldeneye had become staples in our collective play sessions, Modern Warfare was the first title that introduced us to real-world weaponry in a meaningful way. A few weeks after playing the game, we all knew the difference between an AR-15 assault rifle and a P-90 sub-machine gun. 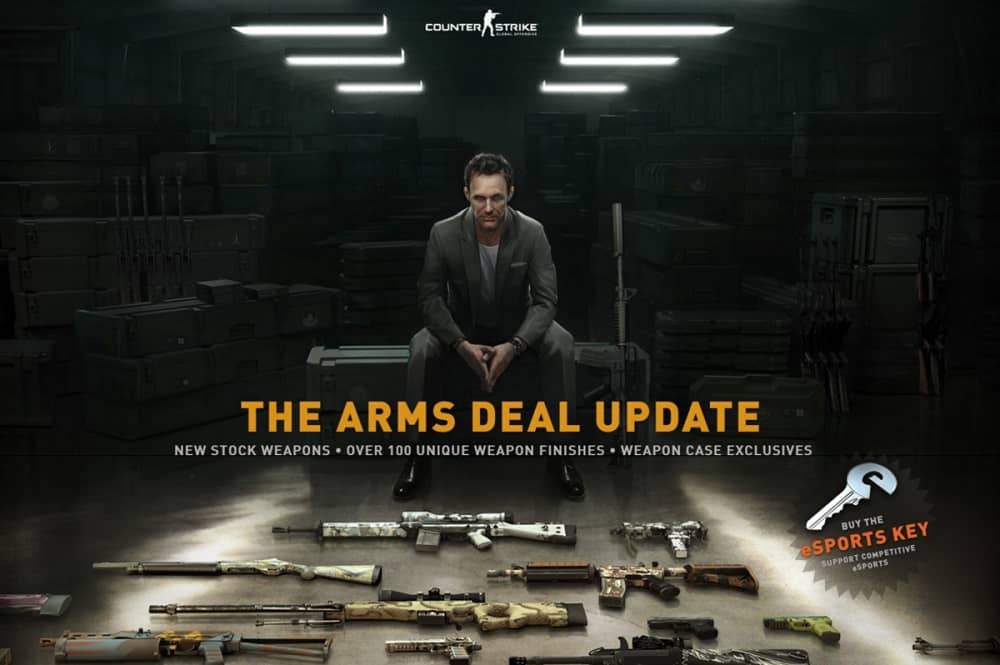 The fetishisation of weaponry has only intensified in recent years, extending to weapon modifications in games like Counter-Strike Global Offensive. Weapon skins have become such a valuable part of the game that they’ve garnered scandals of their own. Many of the kids I grew up around, most of whom had no guns in their households to begin with, have grown up to become gun-loving NRA members who live in fear that their Second Amendment rights might be suddenly taken away. Games aren’t the only influence in these people’s lives, of course, but its irresponsible not to realise their own importance in the discussion.

For Modern Warfare 2’s No Russian level, returning to it in today’s political climate feels even more out-of-touch than it did in 2009. The option provided at the beginning of the game to self-censor itself is a cop out, and the level itself offers little of substance in the overall discussion of violence in video games. It exists to become a centrepiece of the game at large and is ultimately nothing more than shock value. A self-important piece of entertainment masquerading as an artistic statement that spits in the face of actual real-world violence. With so many instances of terrorism around the world, both those relating to gun violence and those that aren’t, No Russian remains a piece of gaming history that’s done little good.

That said, if the Modern Warfare 2 remaster news is true, I hope the level stays in the game in its entirety. I’m not looking forward to seeing the game simply dodge the situation outright. I do hope, however, that the gaming audience has matured and grown past their adolescent ideation towards the subject in recent years. There’s still plenty to discuss when it comes to guns, public safety, and violence in video games in general. I just hope we’ve all realised that the No Russian level doesn’t contribute anything to those conversations.