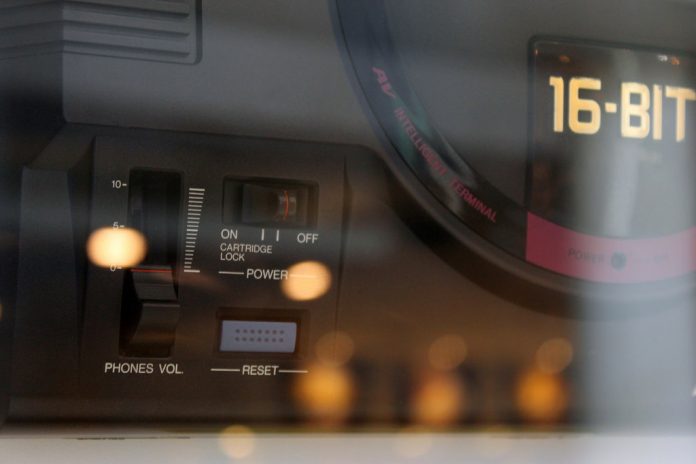 After two years of enviously eyeing the Nintendo Classic Mini, have fans of Sega’s hardware finally got something to look forward to?

Sadly, probably not. Here’s why you shouldn’t get excited over the Sega Mega Drive Mini.

As someone who grew up with Sega, the news of a Sega Mega Drive Mini filled me with glee. Finally, I’d finally be able to revisit the machine’s greatest hits in their full glory. I had visions of being able to play Streets of Rage 2, arguably the finest scrolling beat-em-up ever, in perfect HD, on an official Sega console. I’d power through the entirety of Sonic 3 and Knuckles, gripping a licensed six-button controller.

The reason behind this sudden shift in attitude was the news that the Sega Mega Drive Mini was to be “powered by the latest AtGames technology”. This news came in a tweet from @ATGFlashback, which has since been deleted by the company, possibly as a result of the bad press that this revelation generated. It’s not really surprising that Sega would rely on an external company to manufacture its upcoming SNES Mini competitor. After all, Sega exited the hardware market 17 years ago, after the disappointing performance of the Dreamcast. Hence, it doesn’t have the hardware manufacturing presence that Nintendo does. Choosing AtGames to deliver a product that matches the quality of Nintendo, however, may well be a mistake.

That’s not to say that AtGames is universally awful; there is some part of me that would love them to succeed. The company has been manufacturing licensed Mega Drive devices for several years; ranging from mini handhelds through to plug-and-play TV consoles. Unfortunately, few of them have anywhere near-matched the performance of the original Mega Drive. Sure, they technically play Mega Drive games – but they’ve been plagued by various issues. The highest profile problem, one that AtGames products have been openly mocked for, is the manner in which they mangle sound. Its “Firecore” range – the bulk of the company’s Sega products – uses emulation to play retro games, not unlike the SNES Mini. But while Mega Drive games run at a respectable speed with little slowdown, as soon as the sound kicks in you’re subjected to a veritable aural assault.

It’s not that the audio on Firecore-powered AtGames consoles is slower than usual, though there is a noticeable difference if you’re playing one of the consoles on a European PAL TV. Rather, it’s how utterly discordant the games soundtracks become. It’s as if they’re being played by a gin-fuelled monkey on an electronic organ. Even if you’ve never played the original incarnations of the various built-in titles, you can’t fail to notice something’s off.

The following video highlights the difference in sound quality. I’ve compared Sonic and Knuckles running on the PlayStation 3 Sega Mega Drive Ultimate Collection to AtGames’ Sega Classic Console. Both products use emulation to play the games but whereas the PS3 version is console-accurate, the “Classic” console sounds absolutely dire.

It’s not just sound, either. While it’s not necessarily a widespread problem, the two Sega Classic Consoles I tried both had rolling patterns of interference when plugged into a television.

There is, at least, one AtGames Sega product which doesn’t suffer from the Firecore consoles’ sound issues: the Sega Mega Drive Flashback HD. Released last year, the Flashback HD not only accepts original cartridges but it looks like a miniaturised Sega Mega Drive. The Mega Drive Mini shown at Sega’s FES 2018 looks remarkable similar (if a tad smaller) which, you might think, would bode well. Unfortunately, the Flashback HD has its own set of problems.

Playing games on the Sega Mega Drive Flashback HD can be like viewing the world of Sega through sewage-spackled spectacles. The sound does sometimes break up but the biggest issue is that it seems incapable of running most games smoothly. The Flashback HD connects via an HDMI lead so the picture is sharp, but the action is noticeably jerky. Given that the Flashback HD retails for £80, you’d expect it to be able emulate a thirty-year old console. Apparently not. It’s unfortunate but not unheard to have products with glitches or other problems. The Xbox 360 was infamous, for example, for the Red Ring of Death. But Microsoft fixed the problem and recovered to the point where they are, once again, a respected console manufacturer. What’s worrying about AtGames’ history is that the sound issue has never been fixed; in the several years the company has been manufacturing Mega Drive products, it has persisted.

Actually, that’s not entirely true; AtGames hasn’t fixed it themselves, but a couple of fans discovered a DIY fix. If the console accepts an SD card, as some of the handheld AtGames products do, you can remedy the issue by running a third party program. It’s a relatively simple procedure that allows you to play games at full speed without any of sound issues. It demonstrates that it;s not the hardware itself that’s the problem.

It may well be that AtGames has plans to address the problems that have plagued its products so far. But it has got a long way to go to beat Nintendo who, distribution problems aside, has delivered retro consoles that perform near flawlessly. Certainly, expectations for the Sega Mega Drive Mini seemed high until AtGames’ involvement was confirmed.

And now? I’d recommend waiting until the product has been thoroughly reviewed before buying. As appealing as a Sega-backed Mega Drive Mini sounds, based on AtGames’ track record, I won’t be getting my hopes up.