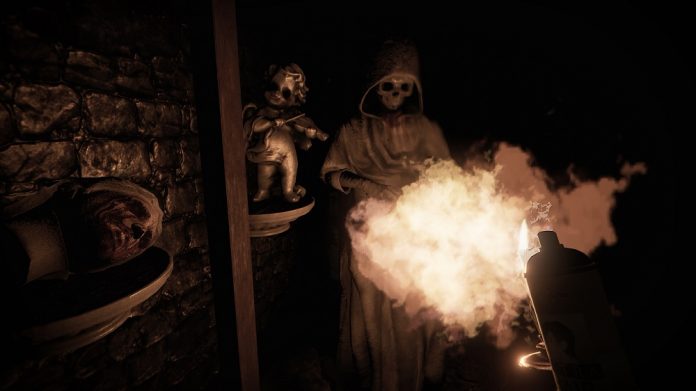 Released in 2016, Don’t Knock Twice was a decent horror film.

Centered around the relationship between a mum, her daughter and a vengeful demonic witch, this video game tie-in doesn’t deviate much from its source. Though it’s probably quite a bit scarier.

Placing you in the shoes of the mother, Jess, Don’t Knock Twice will have you exploring a dark, eerie house. Trying to unravel the mystery of the witch that’s making your life hell, you’ll also save your troubled daughter in the process. It’s light on story but it doesn’t really matter; the documents you find throughout the house will give you all the insight you need. You’ll also receive some alarming text messages from your daughter, Chloe. 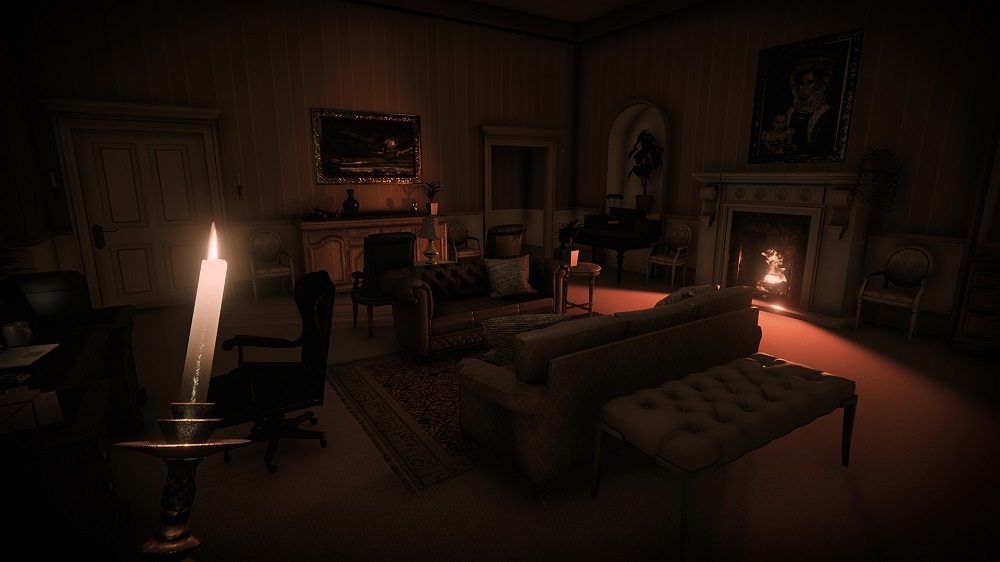 Don’t Knock Twice is all about unsettling you to your very core, and it does a good job of it. Darkness prevails throughout the house, making journeys down corridors and into corners of rooms nail-biting stuff. Grotesque portraits hanging on the walls often lead you to believe there’s someone in the distance. And there’s a great use of sound, making you feel like there’s an ever-watching presence, just waiting to strike. You always feel vulnerable, and though you’re never really in danger, it’s quite distressing.

It’s quite an achievement really, though one that’s short lived. Your time with Don’t Knock Twice will be spent trying to keep your wits about you as you find five items required to complete a ritual. You’ll engage in some light puzzling and pick up an item or two that will help you overcome progress-halting hurdles. But even the most leisurely of playthroughs will be over in about an hour, with little reason to go back.

It’s perhaps not such a bad thing; when playing in VR on either PlayStation 4 or PC, if it were any longer it would probably feel too exhausting. But those playing it in non-VR mode, which is the only option for Xbox One and Nintendo Switch gamers, will possibly find the experience too short and too basic to be overly enamoured with it. 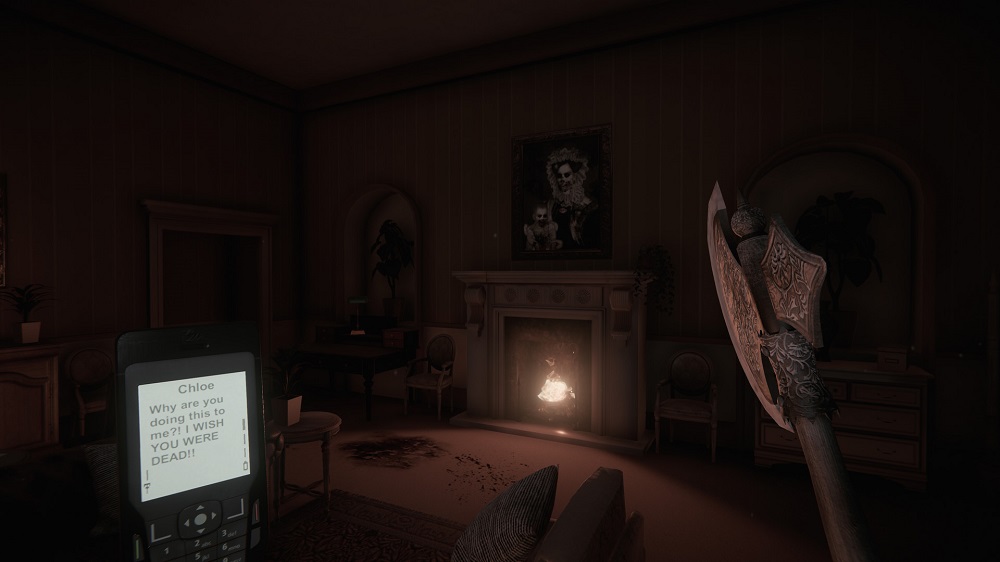 One button fits all

In my first playthrough I found the majority of Don’t Knock Twice‘s collectables without even trying. I did miss plenty of achievements for interacting with certain objects in the house, though. If you’re a completionist you may go back to clear up what you missed, but otherwise there’s very little reason to go back.

My biggest gripe with Don’t Knock Twice, however, has to be the controls. They aren’t outright bad, but with the right trigger being used to both interact with and pick up/drop objects, if you’re carrying something useful in the right hand such as an axe, it’s very easy to drop it unintentionally and then struggle to find it again.

Overall Don’t Knock Twice is quite a hard one to judge. It does what it sets out to do – scare you silly – rather well, and without resorting to cheap jump scares to boot. But with its short length and limited replay value, I’m not sure if it provides value for money. If you’re after a new VR experience to enjoy which you’ll then scare your friends and family with however, it might just be worth a purchase.

Don’t Knock Twice is available to play in VR on PC and PlayStation 4. The non-VR version can be played on PC, PlayStation 4, Xbox One and Nintendo Switch. We reviewed the Xbox One version.