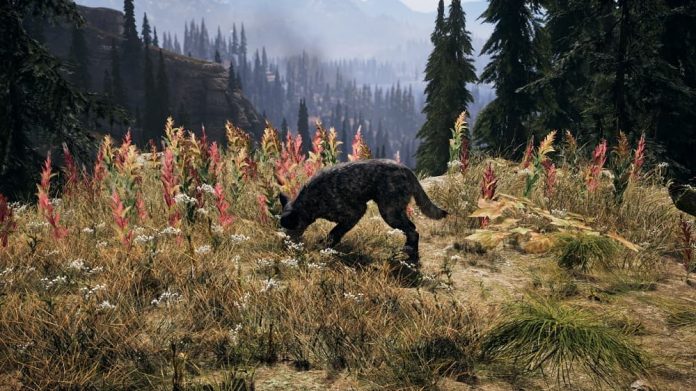 Far Cry 5 is a game with plenty of flaws.

Its non-linear narrative means that the story isn’t quite as strong as it could be, for example. The AI of friendly NPCs is so brain-dead that they will frequently run over your guns for hire when given the chance. Taking over an outpost in total stealth is pretty much impossible unless you exclusively use takedowns at close range. And being taken out of a cutscene or mission because the game demands that you be whisked away to do something that it deems more important can be pretty frustrating.

But despite all these annoyances and more, Far Cry 5 remains absolutely brilliant.

Letting you loose in the picturesque Hope County, Far Cry 5 pits you against the Seed family and its cultist followers, led by the charismatic Joseph Seed. After a failed attempt to arrest him, you’re inexplicably toyed with time and time again, but to take him down for good you’re going to have to eradicate all three of his brothers and sisters who operate directly beneath him. 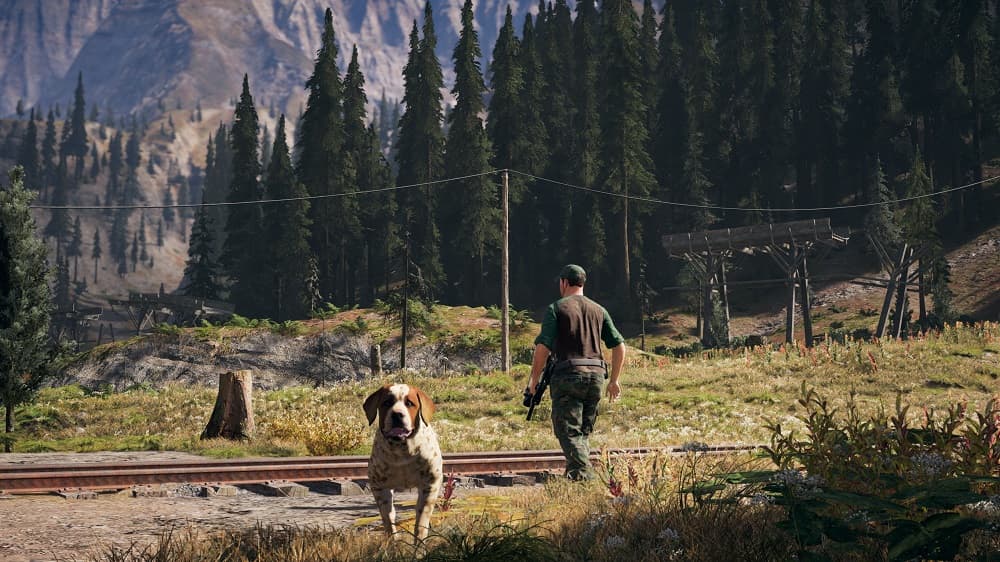 Of course, each one of Joseph’s siblings are in control of a section of Far Cry 5‘s massive map, and while you’re steered towards John Seed’s Holland Valley when you begin the game, you’re actually free to go where you want and do as you please. Some players may want to pursue Faith Seed over at Henbane River first, for example, or even attempt to take out the despicable Jacob Seed in the Whitetail Mountains. It’s up to you, but whatever you choose to do, you’re sure to have fun.

At the outset of Far Cry 5 you may begin to think that it’s going to be quite a serious game. After all, you’re dealing with religious fanatics in a rural part of America and they apparently have a penchant for guns. Surely it’s going to try and make a statement? It’s quickly apparent after the game begins proper, however, that Far Cry 5 is just bat-shit crazy, and as long as you can get on board with that you’re going to have a whale of a time.

At any point in time you’ve got a considerable number of actions to take that progress your game. Saving Hope County citizens from the clutches of cultists — or ‘Peggies’ as they’re called here — will give you a small boost to whichever region you’re ins resistance points. So will taking out an enemy VIP, looting a supply truck or destroying important structures or cargo. Taking over an outpost or completing a side mission will give you more, however, while seeing a story mission through to its end allows you reap the biggest resistance point gain. 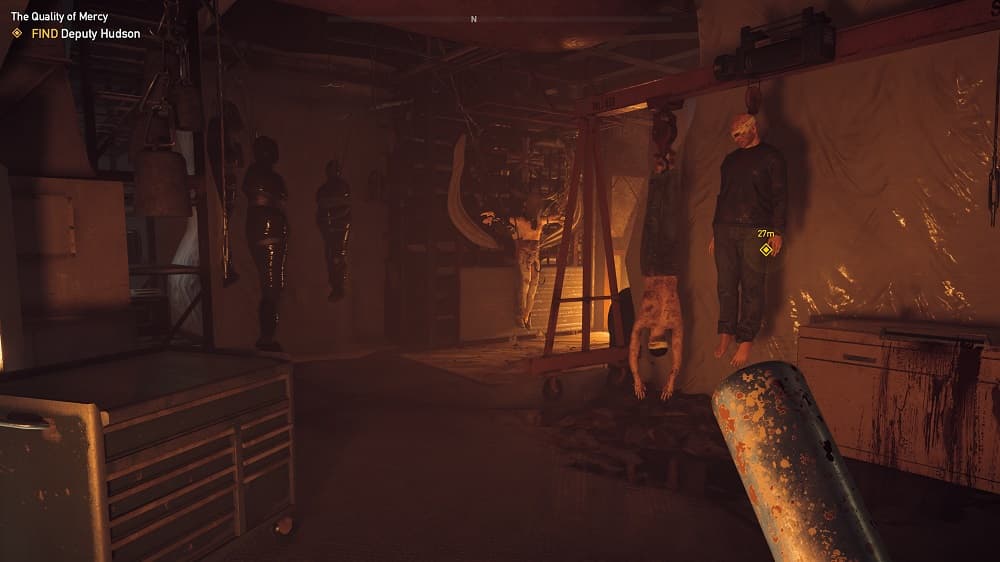 Maximise the resistance bar for an area and you’ll finally be able to go face-to-face with the Seed who controls it. Defeat them, and then that region is liberated from the cult’s clutches. Rinse and repeat until all the Seeds are done for and that’s Far Cry 5 in a nutshell, though a rather dismissive one.

You see, there’s just so much to do in Far Cry 5 that if I was going to lay it all out on the table my hands would be worn out. I mean, there are guns for hire for you to recruit, up to two of which you have following you around to provide assistance. Prepper stashes are like treasure hunts which reward you with goodies for seeing them through to the end. Animals can be hunted so that you can sell their skins for cash. And you can even go fishing if you want to.

Far Cry 5‘s story and side missions are enjoyably varied too, even though they do usually break down into the mass murder of cultists. Some are more fantastical in nature, with the effects of a drug called Bliss warping your reality with interesting effects. Others will have you taking to the skies to engage in aerial warfare, or racing across off-road terrain to pass through checkpoints. And while you can fast travel around the map if you want to, manually making your way between missions and points of interest is always an adventure thanks to your parachute, grappling hook, wingsuit, a whole host of vehicles, and a seemingly never-ending stream of grunts for you to eradicate with an extensive arsenal of skills and weaponry. 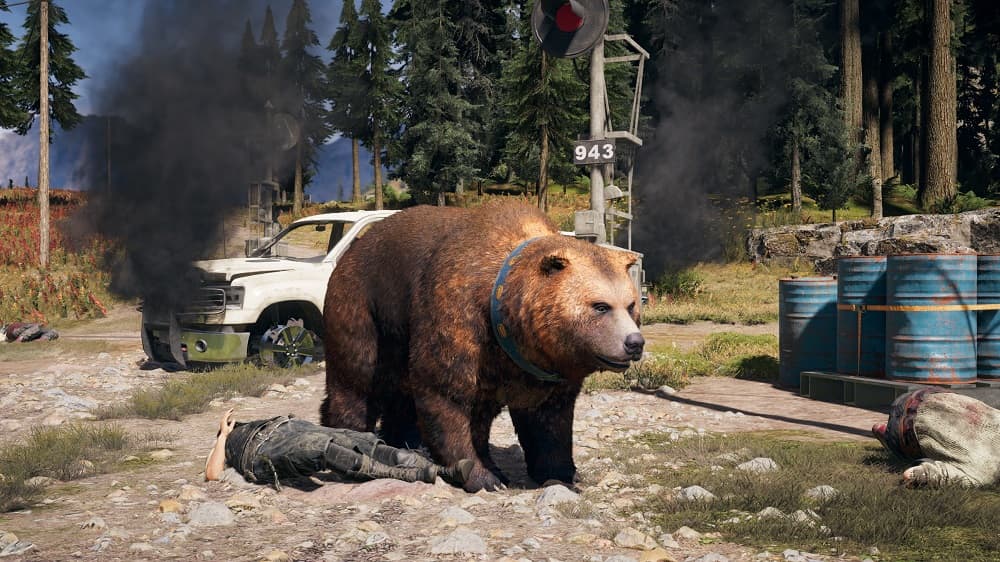 And that’s another reason why Far Cry 5 is so much fun to play: its gunplay feels great. There’s a pleasing range of firearms available which can all be customised to some degree, and putting them to use never fails to put a smile on your face. They feel responsive and powerful, and they are complemented well by a range of throwable items such as knives, grenades and molotov cocktails. Engaging in warfare in Far Cry 5 always feels involving, tense and entertaining thanks to the variety of tools at your disposal. You really do have a great deal of freedom as to how you go about eradicating those who stand in your way, allowing to be as creative as you please.

Far Cry 5 is the type of game in which you can command a dog to scout ahead for you, highlighting enemies on your HUD. Then, approaching an outpost, you can use your silenced sniper rifle to eradicate any enemies on the fringe safely. Moving in to take it over, you may attempt to take out as many enemies as possible with stealth takedowns, but then you’re seen. An alarm is raised, enemy reinforcements are on their way, so you switch to your LMG to take out the enemies swarming around you with reckless abandon. But then you get overwhelmed, and pinned down you call upon your friend Nick Rye to fly overhead in his plane and perform a strafing run.

With the majority of your foes down and out, you’re given more room to breathe, and as reinforcements arrive in pick-up trucks you pull out a grenade launcher, take aim and blow them away. The outpost is freed, you’re congratulated with a short scene, and then you’re free to pick up yet more quests to complete and loot some goodies. But that’s only one of a myriad ways you could have achieved your goal. You could have commandeered a helicopter and delivered wrath from the air, taken in different guns for hire to provide backup in alternative ways, or simply light as much of the place up with a flamethrower before sweeping up any remnants. 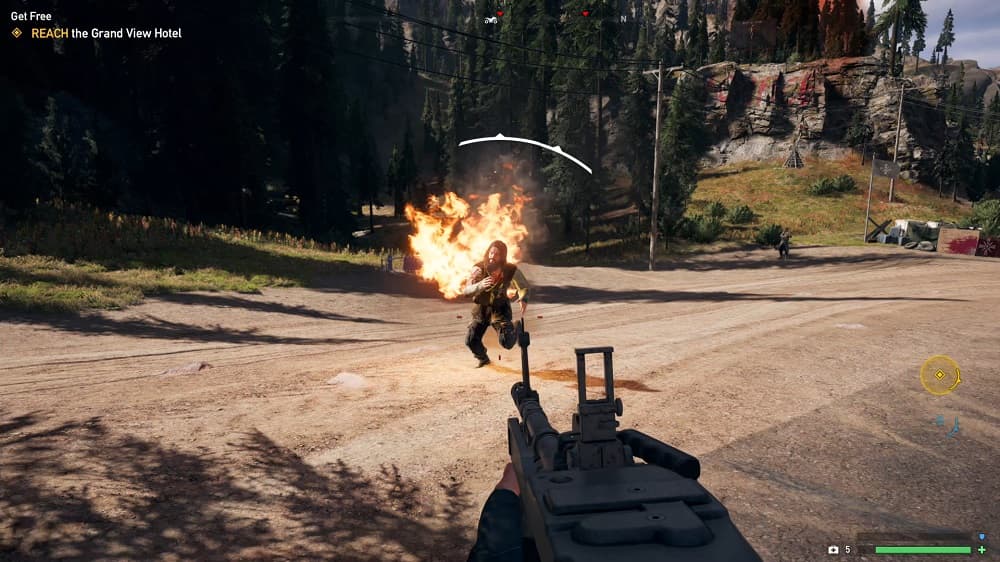 Loving Far Cry 5 is made easier due to the fact that it looks and sounds absolutely outstanding, too. Hope County is simply a wonderful place to explore thanks to its numerous picturesque sights, and a brilliant soundtrack provides a great backdrop to your adventure. And despite the world being so vast and pleasing on the eyes, performance is solid, even in the most heated of moments. If you’re planning on playing the game on Xbox One X, trust me, you’re in for a treat.

So Far Cry 5 isn’t perfect, but it doesn’t matter. While you’re not likely to remember its story in a few months’ time, and the erratic driving of friendly civilians may frequently alarm you, its gameplay shines and that’s what’s important. Setting you free in a stunningly realised open world, Far Cry 5 gives you all the tools you need for tens of hours of outrageous fun. Factor in online co-op and the user-generated content of Far Cry 5 Arcade, and you have one hell of a compelling package.

Far Cry 5 is available on PlayStation 4, Xbox One and PC. We reviewed the Xbox One version.