Just like in real life, it’s sometimes nice to whip out your camera and take a photo or two when something catches your eyes in a game.

As you wander around Kamurocho and Onomichi in Yakuza 6 you’re bound to see some sights that you want to record, and thankfully Kiryu always has his mobile phone at hand so he can take some snaps. He even doesn’t mind the occasional selfie.

While Yakuza 6 doesn’t feature a photo mode like many other games, pausing the action while you find the best angle etc., you can raise Kiryu’s phone to take a picture by pressing up on your PlayStation 4 controller’s d-pad pretty much whenever you’re not in a story scene. When in camera mode you can still move around as usual, while pressing L2 and R2 zooms in and out. Additionally, you can press the square button to apply one of three filters – sepia, monochrome, or toy camera. 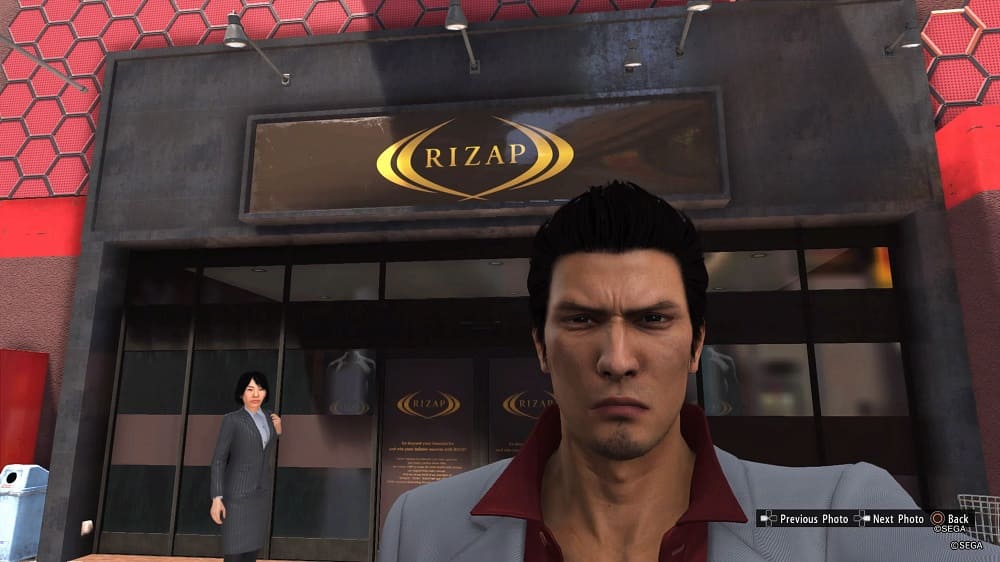 If you want to take a Kiryu selfie, with camera mode enabled you simply need to press the triangle button. With Kiryu the centre of attention, you can make him change his facial expression by pressing any direction on your d-pad. Press the same direction multiple times to fully commit to it. You can also move the left and right analogue stick to fine tune the angle of the picture.

A Trip Down Memory Lane

When you’ve got everything framed up just as you’d like in either camera or selfie mode, simply press the X button to take a picture and it’ll be automatically saved to your album. You can press the Options button while in camera mode to see all the pictures in your album, or you can bring up your phone and select the photos app when wandering around. Why not take pics frequently? Then you’ll have a nice memoir of Kiryu’s last Yakuza adventure!