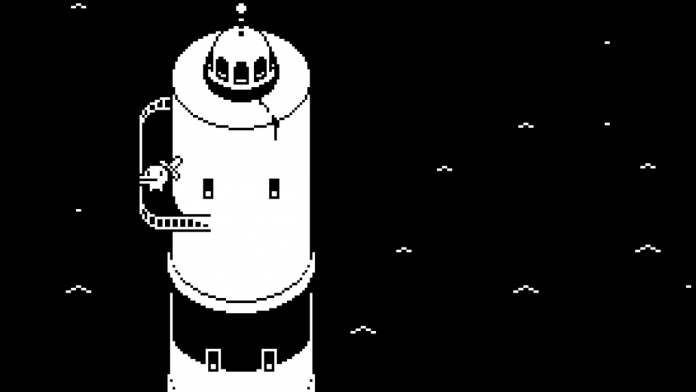 It’s amazing how much you can do in a minute.

In a minute, you can move house, find a new weapon, rescue someone, work your way around a maze, visit a haunted house or battle your way through a hostile tribe. Or, at least, you can in the latest game published by Devolver Digital, Minit. An old-school Zelda-like, Minit is filled with adventure, puzzles to solve, people to help and places to explore, but there’s one catch: you only ever get one minute to do anything. Once a minute has passed, you’ll die and have to start all over again.

It’s an unusual premise, but one that means you have to think very carefully about every action you take in Minit. Wandering around aimlessly and leaving your character stood haplessly in a field while you check your phone for 10 minutes won’t work here. Every single second of Minit counts. Of course, you’ll have to spend a good few of your minutes familiarising yourself with your immediate location, but once you come across something, you’ll need to remember how to get there again quickly, leaving you enough time to do whatever it is that needs to be done. 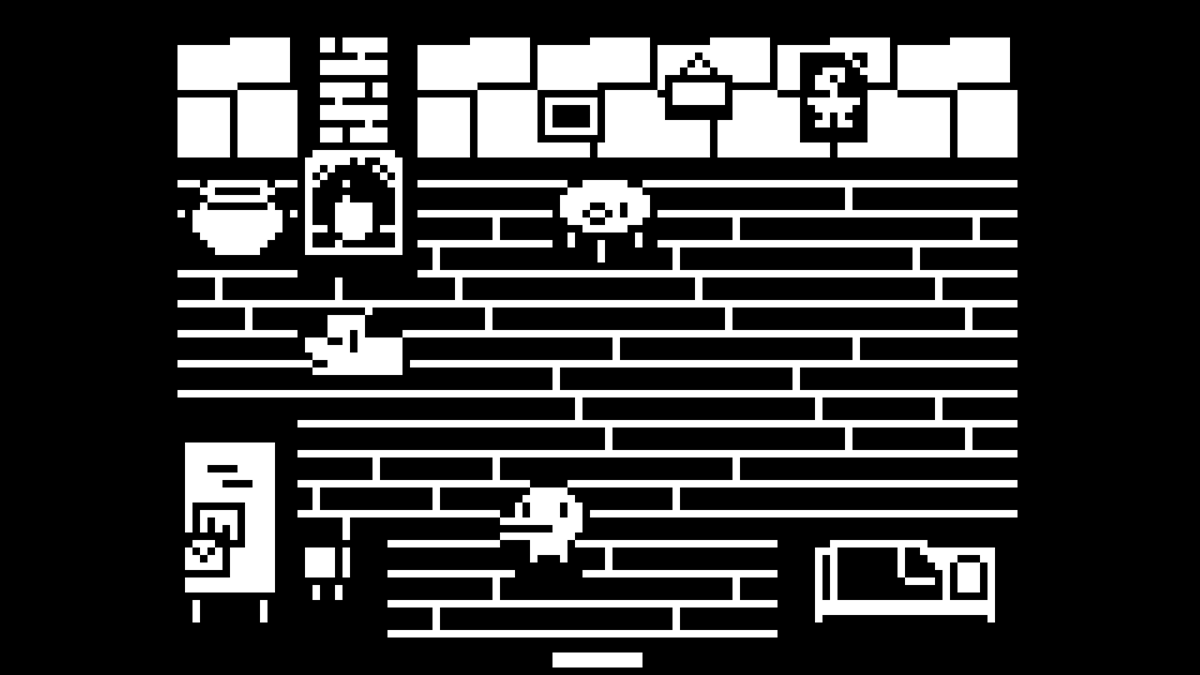 There’s a lighthouse to climb, for instance, but if you want to get to the top you’ll need to make sure you get there with enough seconds to climb the tall ladder. And at the foot of the lighthouse is an NPC with a very important message to give you… but they talk so s l o w l y that you’ll need the majority of your 60 seconds just to hear their whole message.

It’s very clever, and it’s clear that the world has been meticulously designed so that everything you need to do is within reach during a one-minute window. Sometimes you’ll be very close to the mark — but that’s the point. It adds a layer of urgency that’s not often found in this type of adventure game. Sure, some minutes you may spend casually wandering, but others you’ll be pushing against the clock, your heart starting to race once the ticking countdown of the last 10 seconds begins. 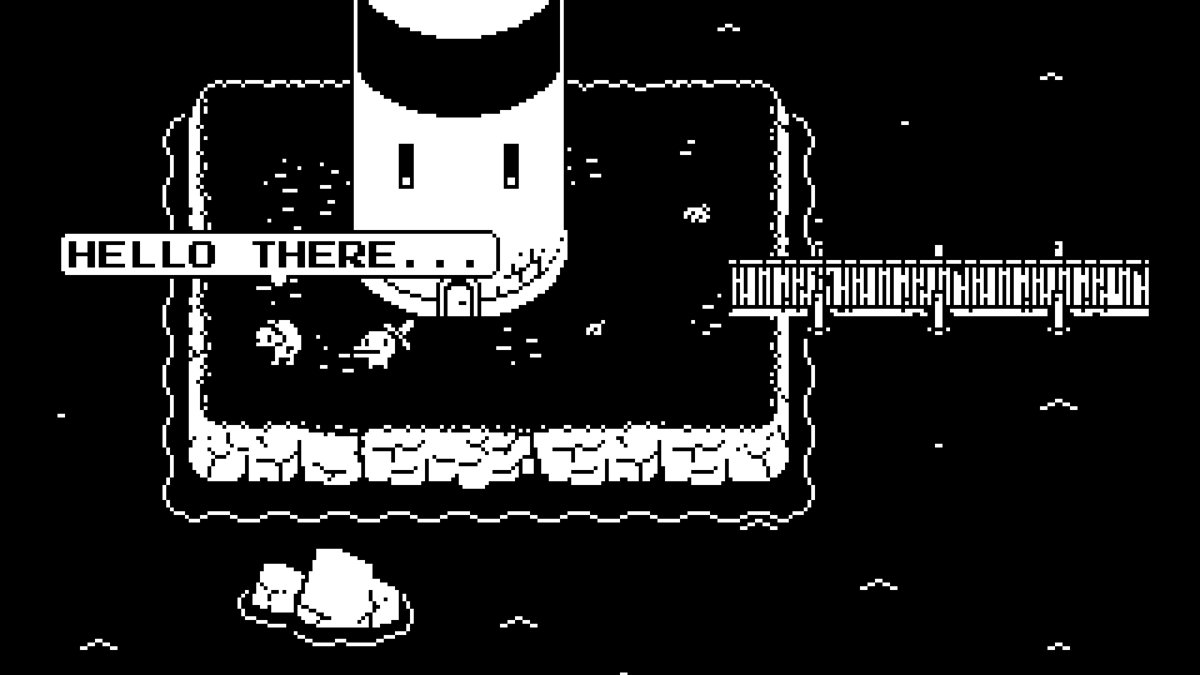 You will spend a lot of time retreading the same ground until you figure out your next move though, and especially early on in the game, you’ll come across a lot of dead ends. For instance, I came across a maze, and after three attempts I realised it was actually impossible to complete in 60 seconds — at least, until I’d found another item for my character. There are plenty of  items you’ll find as you play — a sword, first and foremost — followed by a plethora of other upgrades that’ll help your character get to new locations: a glove that’ll allow you to cut down trees; shoes that’ll help you run faster; a watering can. It’s then down to you to remember areas where those items might come in useful, opening up new pathways for you to travel through.

Exploring Minit‘s world is entertaining, and every new screen you scroll across to offers something new. There’s so much to see and do, but coming across dead ends again and again means that the game’s unique selling point is one thing that constantly stands in your way. I couldn’t help but sigh every time my character crumpled to a flattened pile once my 60 seconds was up, wishing for just a bit longer to explore. But then, I guess that’s the entire point. 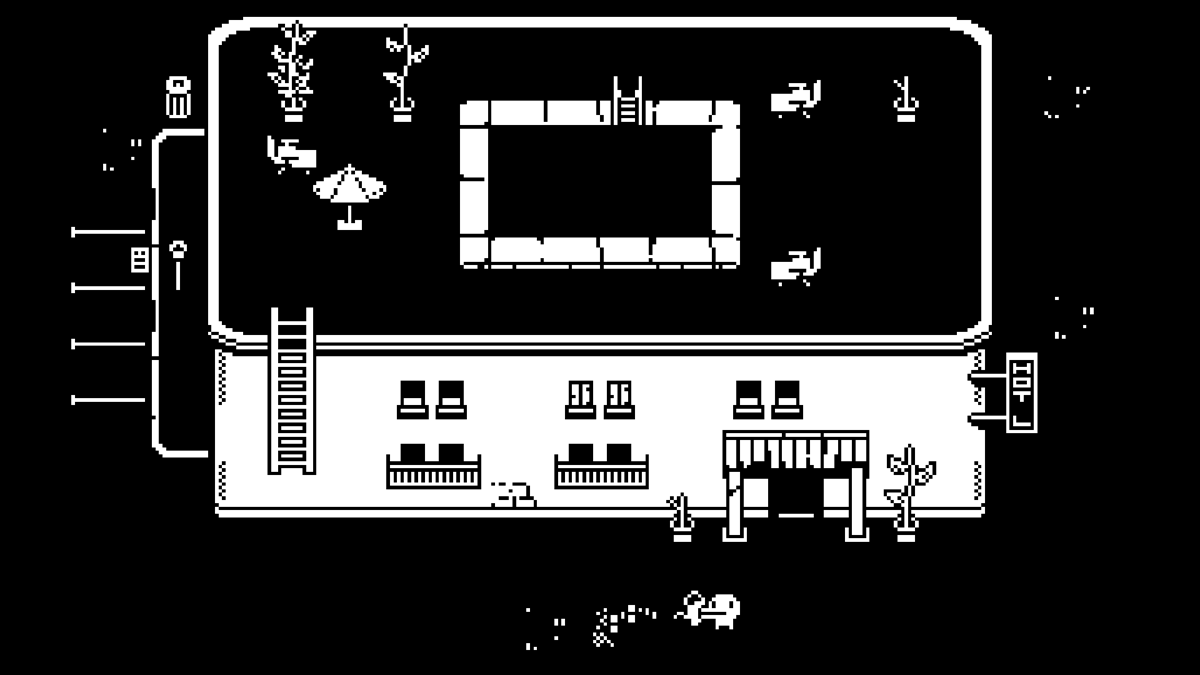 Thankfully, there are a number of new ‘homes’ to come across while you’re playing, so during every one-minute run you’re always in reach of your next goal. Entering a house will make that your current base, so it’s worth stepping foot in one every time you pass just so you’re closer to where you want to be when the clock runs out.

Minit‘s graphics are also worth talking about — moreso, the lack of them. There’s no beating around the bush; it looks like something you played on the Game Boy back in 1991. It’ll no doubt put some people off — I’ll admit, it almost did me, but I’m glad I looked past its black and white pixels. There’s a certain charm there, but I’d be lying if I said that I didn’t long for the world to come alive with colour. Wandering through an endless desert becomes a black screen with a few white marks, and if the game hadn’t told you, you’d have no idea where you were meant to be.

I’m just nit-picking though. It’s always great to see a videogame try and do something different, and Minit does so with gusto: it takes a tried-and-tested formula and turns it on its head with one very simple mechanic. It makes a standard adventure game into a test of memory, of patience, of skill, and even though it’ll frustrate you, it’ll have you coming back for “just one minute” time and time again. It isn’t perfect, but considering that Minit was made by a team of just four, there’s plenty to be impressed with.

Minit is available on PC, Xbox One and PS4. We reviewed the Xbox One version.