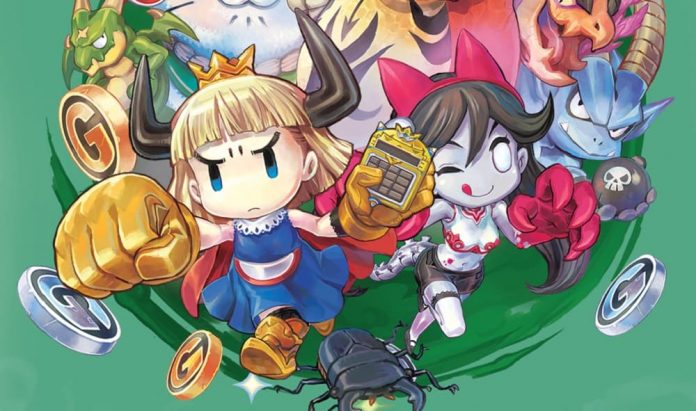 Out now on Nintendo Switch and PlayStation Vita, Penny-Punching Princess is a rather unique action RPG.

Placing you in the role of the titular Princess, it’s essentially a dungeon crawler in which the power of money is just as forceful as your fist. And trust me, the Princess throws pretty powerful punches.

The story goes something like this. Years ago the Princess was a kind-hearted individual, but after her father fell into deep debt she lost both her family and her country. As you can imagine, it has had quite an effect on her, and now she seeks to avenge her fathers death by tracking down the corrupt money lenders that set everything into motion: the Dragoloan family. 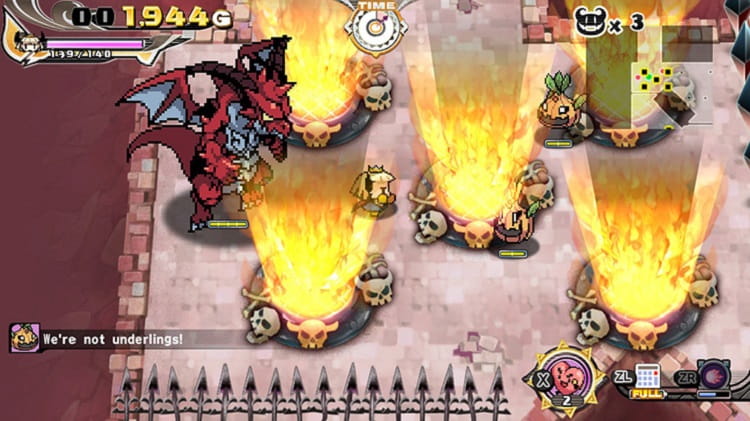 Obviously it’ll take a while until the Princess attains her goal; to reach the Dragoloan family she’ll have to fight her way past many other adversaries that stand in her way. Each stage consists of a dungeon with one or more floors, and only by defeating all enemies on each floor will the princess be able to progress. Often more perilous than the enemies in each stage, however, are the traps, spewing flames and projectiles that will certainly put a downer on her day.

Combat is simple: a standard attack button can be hammered to perform a combo attack, another button performs a strong attack, and a third allows you to roll out of the way of danger. Press the roll and standard attack buttons together and a knock back attack is performed. In fact, combat is perhaps a little too simple, but then the Princess has a final trick up her sleeve that adds a new element to it: her willingness to bribe.

In the Princess’ world, everyone and everything can be bought with money. In gameplay terms it means that pretty much any of Penny-Punching Princess‘ enemies or traps can be turned to your side by paying them off. You’ll need to earn some dough in each stage first — either by defeating enemies with your fists or opening up red treasure chests — but once you’ve got a fat wad of cash it’s essentially your biggest weapon. 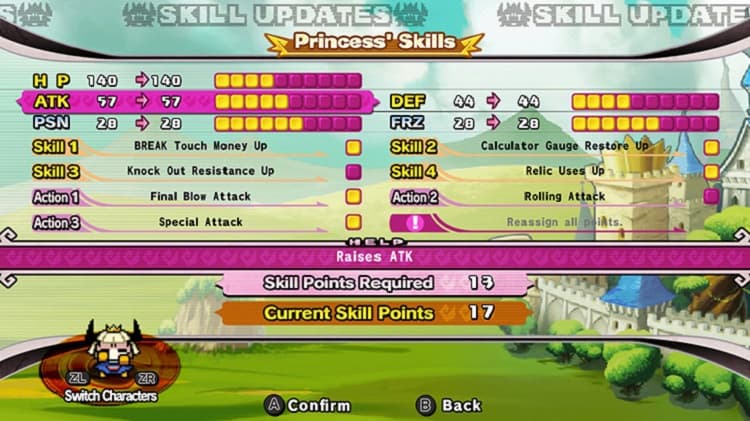 Giant dragons that take away half of your health in one hit can be bought for about 500G. It’s quite a sum but they’re worth the price; they’ll make short work of enemies when commanded to attack. On the other hand, a flaming floor trap can be coerced to work with you for as little as 100G. If you like your steak well-done, it’s a good investment. The trouble is, conducting business in the heat of battle is just way too fiddly.

On Nintendo Switch, holding the left trigger makes the Princess pull out her calculator, then you need to use the touch screen or the direction buttons to input a cash amount about before selecting the enemy or trap you wish to bribe. In the meantime you’re getting battered, as battles generally take place in tight-knit areas. You can speed up the process somewhat by simply pressing the right trigger while holding the left, which will automatically input the correct bribe amount for the enemy or trap targeted, but it’s still awkward.

Penny-Punching Princess‘ bribe mechanic adds some much-needed strategy and depth to the game, but also a great deal of frustration. And it’s a mechanic that you really need to use as well. You’ll breeze through the first dungeon or so just using your fists, but you’ll quickly discover that in some situations they simply aren’t enough. To make serious progress in Penny-Punching Princess you’re going to need to get good at multitasking, and also have a great deal of finger dexterity. You’re going to need to bribe the right enemies and traps at the right time, or else you’re going to be hitting the retry button quite often. 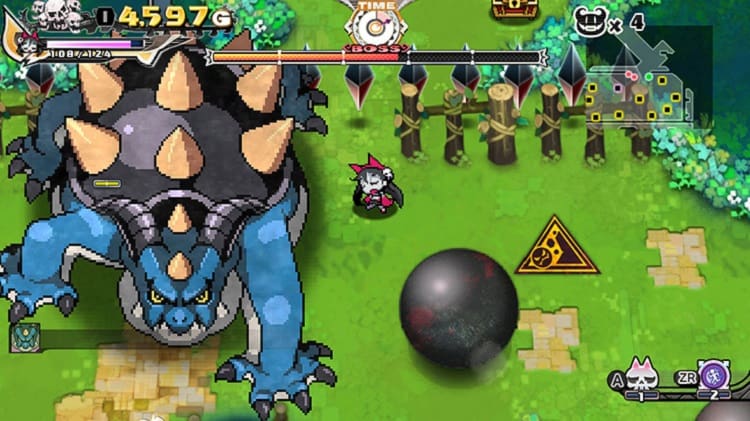 Those who do persist will discover a game that’s fairly rewarding, thanks to its humorous dialogue and light character development, but for many it simply won’t be enough; the limited combat and fiddly bribery mechanic are quite considerable hurdles to overcome. You’d have to have a heart of stone to not adore Penny-Punching Princess‘ wonderful yet pixellated 2D visuals and quirky soundtrack though. They both just ooze charm.

Penny-Punching Princess is a classic example of a game that has a bright idea but implements it in such a ham-fisted way that it becomes an annoyance. Without the option to bribe your opponents it would be just a standard run-of-the-mill dungeon crawler, but with it… well, it’s certainly more interesting, but also much more of a strenuous and frustrating affair. And all it would have took to fix it is for the action to freeze while you’re striking up a deal.