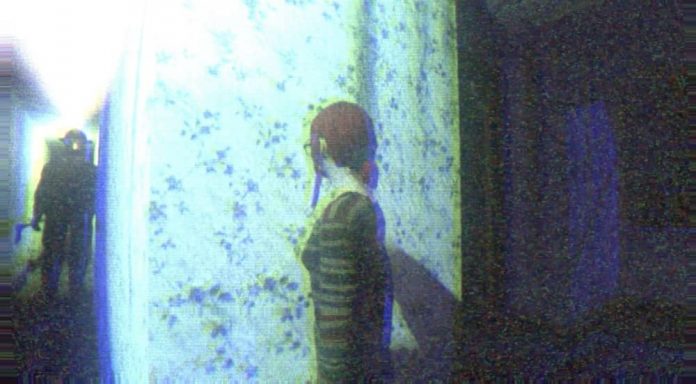 We got an exclusive insight into the world of indie game-development earlier this year when we interviewed Puppet Combo, whose 80s VHS-style horror games are soaking the net in rivers of unfettered gore.

Puppet Combo – or Ben – is bringing back retro PS1-era aesthetics and survival horror, but with a unique psycho-slasher twist. His works include Power Drill Massacre and Babysitter Bloodbath, both of which are available now on itch.io. Puppet Combo also has a Patreon page in order to gather funding to create more games and reach more people.

To find out more about Puppet Combo’s work, visit his Patreon page. Below is a transcript of the interview between us and Puppet Combo.

Joseph Sale: Your work captures the PS1-era horror aesthetic meticulously, down to the polygon character models, grainy 80s VHS effects and distorted sound. What is it about this style that draws you to it?

Puppet Combo: I guess it was kind of accidental. I started making games in 2000 so the only 3D options I knew about at the time were id tech engines, so I learned a lot on a modded Quake engine. I worked on games on and off throughout middle and high school, then stopped completely for a while.

When I got back into it in my mid 20s all I knew how to use was the same, now 11-year-old engine. So that’s what I did. That said, I do prefer the look of low poly for totally illogical reasons. I could try to say there was a special sort of style and creativity in the way artists worked with the limitations, but the truth is I just think it looks pretty.

JS: The complexity of your games is really astounding, especially considering the older engines and the fact you’re a one dev army. Of your published games, which are you most proud of?

PC: Actually my only finished game is Babysitter Bloodbath, so I guess that wins by default. The others [Power Drill Massacre, Meat Cleaver Mutilator and The Night Ripper] are in Early Access, so they still have a ways to go. As for the upcoming games, I expect to be equally proud of them when they’re finished. I don’t want to publish anything I’m not fully confident in. I think they all bring something different to the table.

JS: So you have a lot of projects on the go at once! Impressive. Is that how you prefer to work? Does one project feed another?

PC: I wish I could agree, but I think it’s a case of starting on new games before old ones are complete. I’m trying to work on that this year and hope I can complete all of those unfinished games. Finishing is by far the hardest part. I don’t know if one project feeds another. I think it’s just me getting bored of working on something or stuck on a tough design decision.

JS: Let’s talk about Babysitter Bloodbath. The first part is scene-setting, exploring the house, looking after the kid you’re babysitting – a creeping build up of tension – and then in the second half it explodes. It reminds me, structurally, of a two-act play, or a film like Jaws. What sparked the decision to design the game like this?

PC: That’s a great observation. It wasn’t intentional, just the nature of that sort of story. I’ve been meaning to get back to that style and the upcoming Pitchfork Massacre is a return to that. During a movie, the audience is observing the slashing as the cast gets knocked off one by one. But a game is a bit different… as the main character, you’re not really sure what’s going on until all hell breaks loose and the final chase begins. 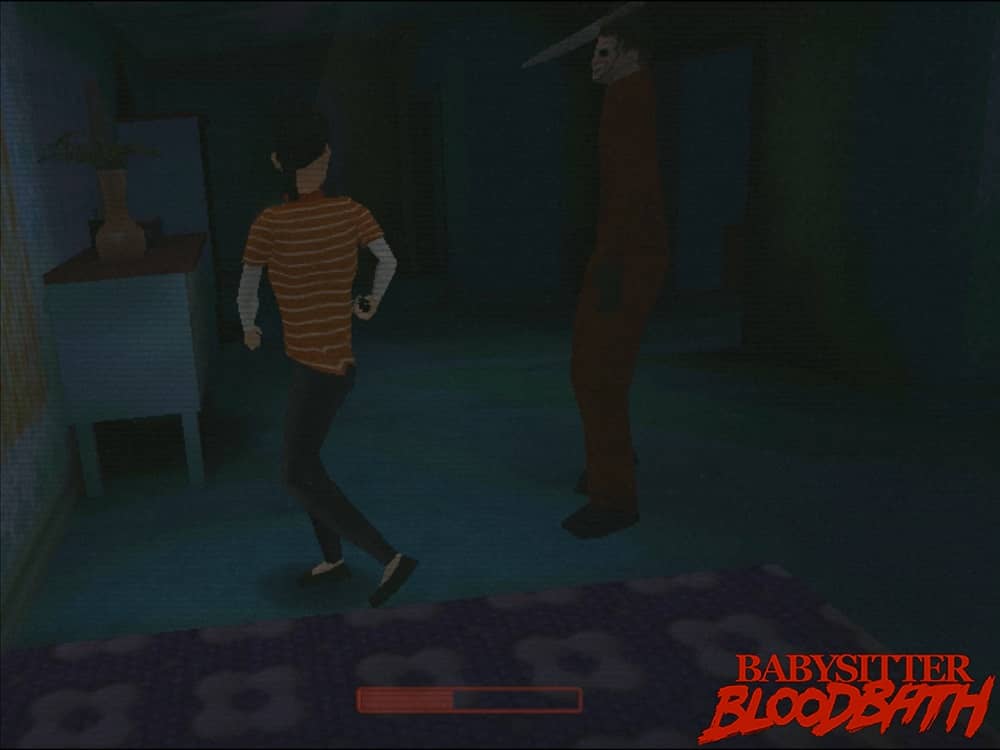 JS: Those classic horror movies of the 80s obviously have a big role in influencing your work, with their psychopaths, madmen, and visceral gore. Do you also find yourself turning to historical serial killers for inspiration?

PC: Actually, True Crime is a big influence when it comes to the scariness factor on some of my games, but I’ve always been more interested in unsolved cases rather than particular serial killers. It’s the unknown that’s scary.

JS: Is there one film that particularly shaped your understanding of horror?

PC: I guess I would say Halloween 2 since that was the first slasher film I saw growing up. I used to browse the horror section of the video store and imagine the movies based on the covers. Too bad the covers were usually better than the actual movie! Unsolved Mysteries was another big influence.

JS: A well-worn observation is that a horror movie, or indeed game, is ‘Only ever as good as its soundtrack’. Your games capture this, with some truly terrifying sound design (that power drill noise haunts my dreams still). How did you go about developing that kind of sound?

PC: Thanks, glad you found them terrifying! I guess it’s trial and error. I try to add sound effects to everything and usually make a list of things I think would be scary for whatever environment the game takes place in. And I try to use some dissonant noise since that’s usually scary. It’s a mix of using my best judgement and pure luck when it comes together really well. 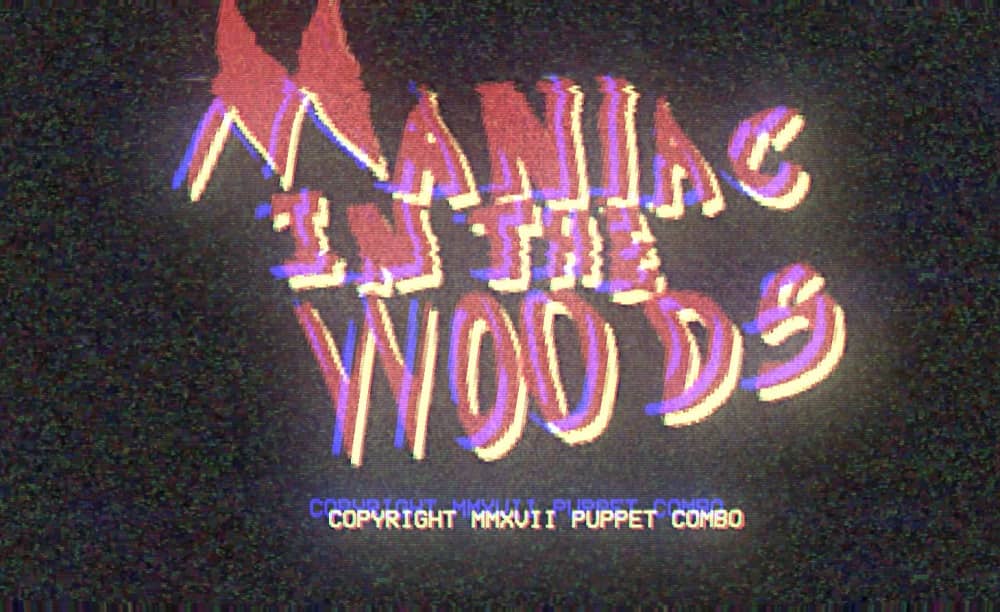 JS: Speaking of luck, the protagonists in your games always seem to be running out of it. In the early access of Power Drill Massacre, the killer always seems to show up just when you hit a dead end, or get lost in the mazelike corridors. Is this intentional vindictiveness engineered into the game’s programming, or does the game hate me?

PC: Haha, well maybe a bit of both. To me, there’s nothing scarier than somebody stalking you from the shadows. Watching, waiting until you’re vulnerable, stuck in a dead end and not expecting an ambush. You’re being hunted by an intelligent killer who isn’t playing by the rules. I know it isn’t always fair or fun, but hopefully I can keep improving and refining that experience because I think it’s way scarier than any zombie or ghost. At least to me.

JS: It is scary! And it’s interesting you say ‘playing by the rules’, because one element that can up the fear factor in horror games is the control system. There are theories going around that classic titles like Resident Evil and Silent Hill were intentionally made difficult to control because it ups the tension. Babysitter Bloodbath defaults to tank controls, echoing these survival horror masterpieces, but with a modern twist it can also be enjoyed in third person and first person. What do you think the best way to experience your games is?

PC: I personally prefer fixed cameras and tank controls but I usually offer options because that style isn’t for everybody. I’ve been spending a lot of time on controls and camera so each mode works perfectly and gives the player the full experience rather than, let’s say, a first person game with a hacky third person camera as an afterthought. That said, some of my upcoming games only offer fixed cameras and others don’t have that option at all. It really depends on the gameplay and pace for a particular game. 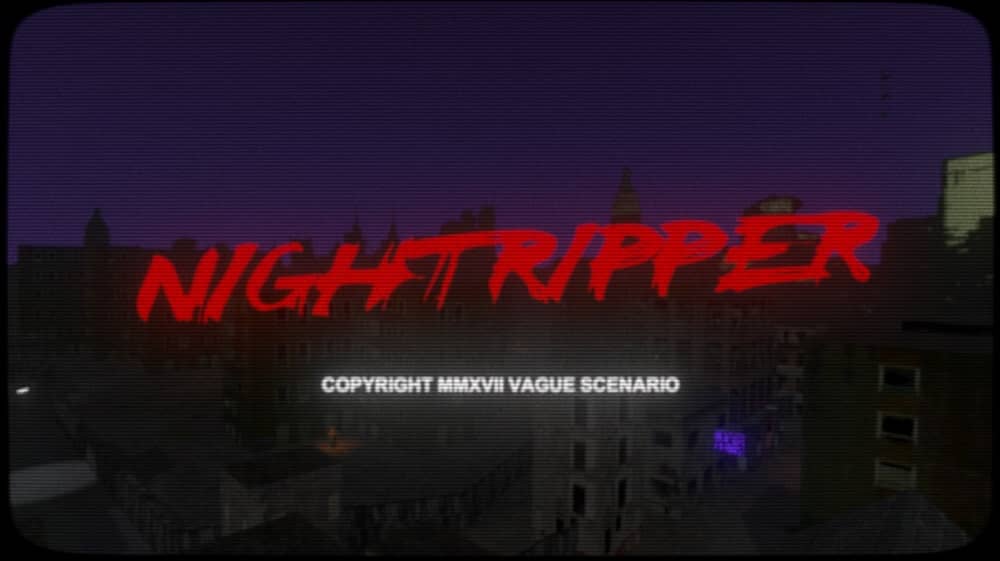 JS: You mention upcoming projects. What’s in the pipeline?

PC: Yes, I’m working on a lot, probably too many to mention here, but Buzz-Saw Blood House and Power Drill Massacre will probably be first to come out. I guess the next steps are another full game release, console versions, and bringing more people on board to start an actual team.

My long term goal is to become the Troma or Full Moon of the games industry. Gritty, low budget games that can take risks. Lots of risks.

JS: Exciting times ahead! On the subject of taking risks – do you think that the AAA gaming industry has a tendency to play it safe at the moment?

PC: It seems that way. Since the 7th gen, every AAA game that comes out is expected to be a blockbuster and the mid-budget titles seem to have disappeared. Then again, I mostly stick to retro games so I’m not totally up to date on things.

JS: Do you sense a community of independent creators around you or do you feel like more of a lone wolf at the moment?

PC: I guess there is a community of developers. I try to help when I can but I don’t really participate in it. I’m more interested in hanging out with gamers and horror fans than other developers in most cases.

If you’re interested in Puppet Combo’s work, you can find more information on his Patreon, his personal website, or his itch.io page, where you can buy his published games.