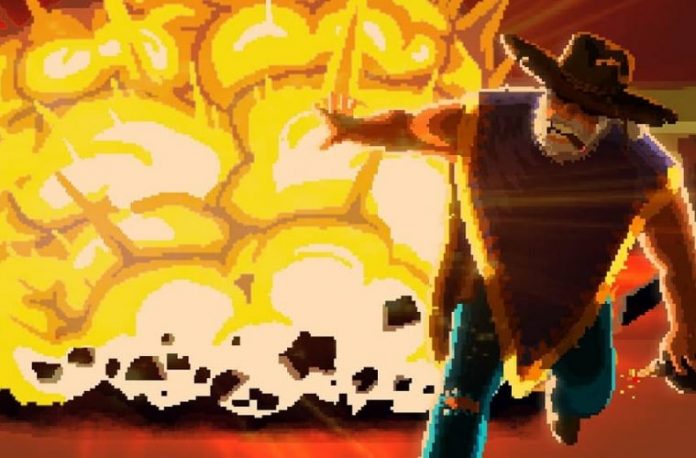 If imitation is the sincerest form of flattery, then Bombslinger is standing outside Bomberman’s window, blowing kisses and gyrating in an indecent manner.

Bombslinger is an odd fish. Its core gameplay is lifted straight from Bomberman, Hudson’s iconic blast ’em up, something that its Steam store page all but admits. And adding a permadeath mechanic to a game where fiery death lurks around every corner seems utterly absurd. And yet, Bombslinger works. It delivers an experience that, in single player mode at least, goes above and beyond its inspiration.

Bombslinger’s premise is that you’re a Wild West robber who, having retired early, is hunted down by the members of his former gang. In true Western style, he’s out to exact vengeance on his murdered family in the only way he knows possible; by blowing them all to bits. At least, that’s the tale you’re given. In truth, I was never entirely sure what crime the underpant-clad old men I was dispatching had committed. But by the time I’d graduated to murdering giant demonic goats, I’d decided to stop asking questions.

Like Bomberman, Bombslinger is about completing a series of enemy-packed levels. And like Bomberman, most occupy a single screen. Every level has a mixture of destructible and indestructible blocks, and both types are crucial to your survival. The former, which can be destroyed by your bombs, allow you to approach your foes at your own pace. Meanwhile, the latter provide cover so you can avoid the cross-shaped explosions that emanates from your bombs. So far, so similar. 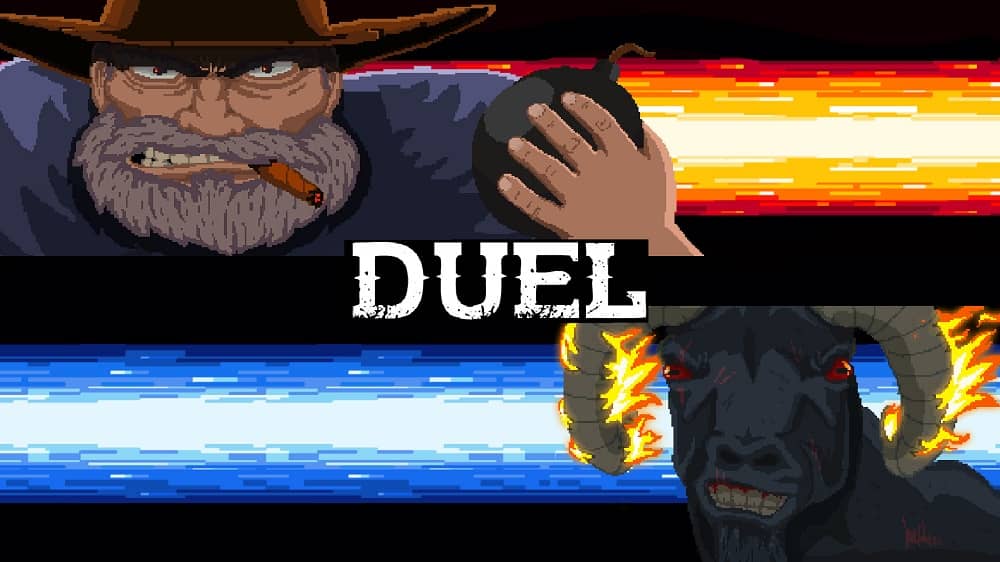 For the single player

Whereas Bomberman’s single-player mode was a rather anaemic offering compared to its multiplayer mode, Bombslinger really brings its A-game. It delivers a solo experience that will have you coming back again and again. And that’s not just down to the permadeath mechanic, which isn’t as ruthless as you might think. Revisiting Bombslinger’s levels – which are procedurally generated – is a joy rather than an obligation.

True, you’ll be sent back to the beginning of the game when you use up all your hearts. But each playthrough grants you access to a variety of upgrades which give you more of an edge. That is, provided you can decide which ones to take. Is it wiser to start the game with an extra bomb? Or are you going to play it safe and choose the memento which lets you cheat death once? In Bombslinger’s foe-filled wilderness, you can live or die by your decisions.

Striking as Bombslinger’s end of area bosses are, it’s the game’s cannon-fodder enemies that help make it more than a mere clone. Even if you’re a battle-hardened Bomberman player, you’re in a for a few surprises. The first few enemies you encounter will happily bumble into the range of your bombs. It doesn’t take long, though, until they start to exhibit new behaviours. You’ll run into foes who can gun you down from the other side of the screen, forcing you to think creatively in order deal with them. 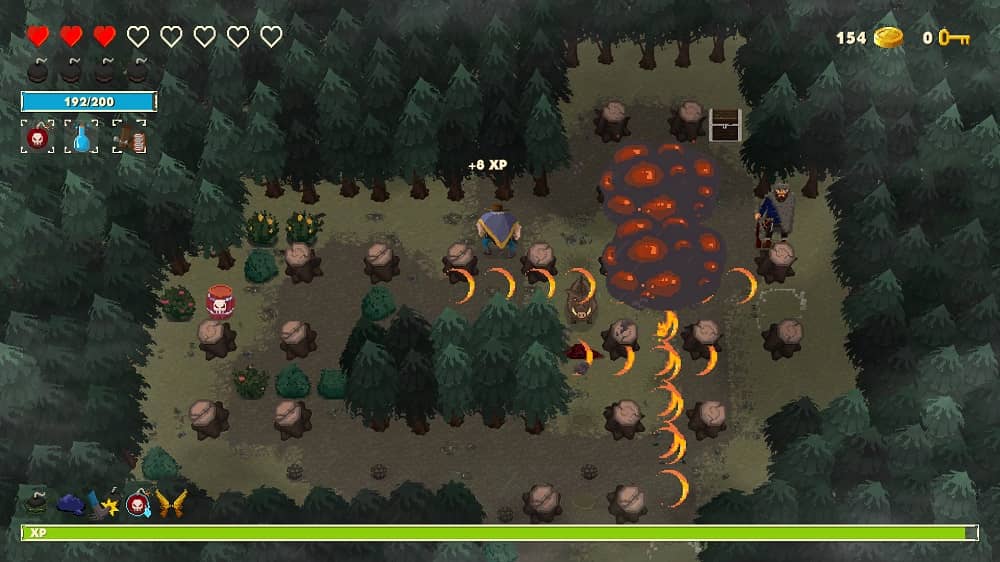 And Bombslinger never lets up. By the time I’d reached the game’s third area, I was confident I could handle anything the game could throw at me. Five minutes later I was panicking as a particularly unpleasant enemy type started teleporting around the map, bypassing the blocks that had previously acted as a safe haven. Thankfully, the upgrades you’re offered are every bit as creative, going beyond what you’d find in Bomberman. Luck undoubtedly plays a factor but, appropriately outfitted, you’re able to vault over blocks, hurl axes, deploy massive area-effect bombs and much, much more.

Bombslinger’s excellent pixel-art graphics and superb spaghetti-western/rock blended soundtrack are the icing on the cake, though the Clint Eastwood cameo I was hoping for never materialised. Unusually for a game based on Bomberman, Bombslinger’s multiplayer is its least remarkable feature. Local multiplayer (there’s no online mode) is undeniably entertaining, but for a game that features so many creative enemies it’s something of an oversight to only let you play as the titular Bombslinger. Recent Bomberman games have featured multiple, varied avatars, but Bombslinger only changes the colour of your poncho, which can make it hard to pick out your character at times.

Ultimately, Bombslinger takes the Bomberman concept and runs with it. It’s a whimsical, engaging and hugely entertaining bomb ’em up that will keep you coming back, even when the Bombslinger’s thirst for vengeance is slaked.

Bombslinger is available on PC, Xbox One and Nintendo Switch. We reviewed the Xbox One version. 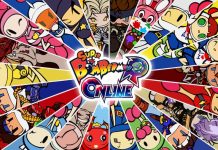 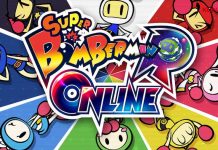 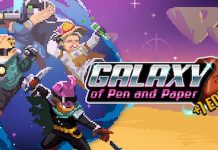 Galaxy of Pen & Paper is Available on Consoles This Week 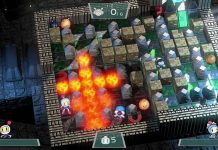