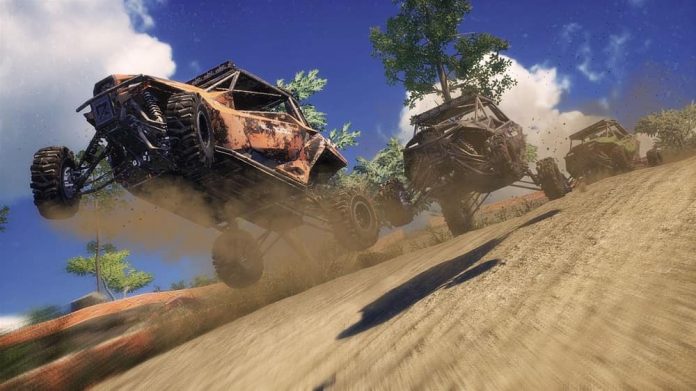 MX vs. ATV All Out is truly disappointing.

It’s one of those games that you really want to like, but has so many issues that you just can’t. Truth being told, I started playing MX vs. ATV All Out for review just after its launch, but after finding it quite troubled, I thought I’d wait for a patch or two to see if it was improved. And now, nearly a month later, things haven’t really changed. So here we go.

Screen tear my heart out

If you want to play a racing game that really doesn’t feel like it makes use of the power of your current generation console, MX vs. ATV All Out will do the trick. Honestly, the visuals aren’t impressive at all. They’re dull and dreary, its environments are sterile, and rider animations leave a lot to be desired. But what’s worse is performance. At times, MX vs. ATV All Out chugs along even when played on an Xbox One X. And with the poor framerate comes a heap of screen tearing that really annoys. MX vs. ATV All Out‘s problems aren’t confined to its performance and visuals, either. Its gameplay is pretty hit and miss too. It should be fun being able to ride bikes, quad bikes and buggies, but it often just feels like a mess. None of the vehicles feel like they have any real weight to them, and their handling isn’t very nuanced. Additionally, the start of each race is an unsatisfying mayhem as drivers tussle on hemmed-in tracks for positions; the game’s physics doing nothing to convey the struggle of it all.

And then you have MX vs. ATV All Out‘s useless stunt system, which thankfully you can forget about for most events. You can perform a handful of stunts, yet doing so manages to be awkward and fiddly. And trying to perform them while also pulling off a spin is just asking for trouble. What’s even more perplexing though, is that if you’re riding a high-powered bike or quad bike, it becomes near impossible to land from an epic jump without wiping out. Infuriating is the word for that.

You can find yourself having some fun in between all of MX vs. ATV All Out’s annoyances though. I enjoyed buying and upgrading vehicles, for instance. And in terms of content, the game certainly isn’t a lightweight. You can play online and in splitscreen, compete in single events, or tackle a healthy number of career events. If you can see past the game’s flaws, there’s plenty to keep you occupied thanks to an abundance of tracks and vehicles. Many a time I found myself just exploring MX vs. ATV All Out‘s open environments. There’s not a great deal of point to it aside from trying to collect the odd collectable, but driving like a maniac in the game’s small off-road locations can be a riot. You can even try (and probably fail) to master the game’s awful stunt system in the free-roam environments if you please.

Suffice to say, it’s hard to recommend MX vs. ATV All Out. It’s not a very polished game, and mechanically it’s underwhelming. It’s a shame, because there’s plenty of content in the package, and throwing vehicles around bumpy dirt tracks should be a lot of fun. But it just isn’t for the most part, and unless some patches are released in the future to address that, that’s how it’ll stay.

MX vs. ATV All Out is available for PlayStation 4, Xbox One and PC. We reviewed the Xbox One version.