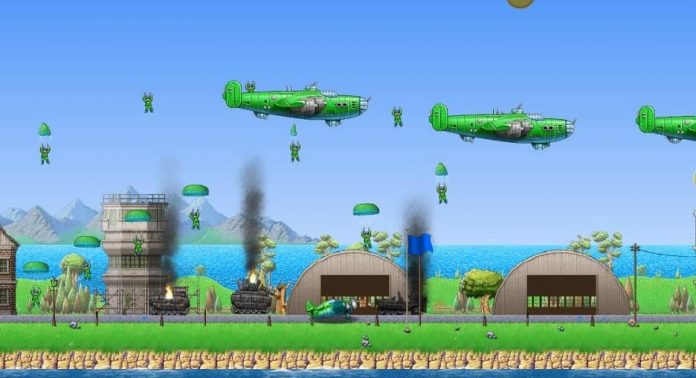 Rogue Aces bravely offers a new spin on the side-scrolling shoot ’em up formula. Unfortunately, it rather machine guns itself in the foot by letting its core gameplay become a grind.

Rogue Aces, as you might have ascertained from the title, takes the step of incorporating roguelike RPG elements into its shooting mechanic. This doesn’t mean that you engage in dogfights with a kobold; rather that the more damage you inflict on the enemy forces, the more optional upgrades you can add to your World War 2-era aircraft. So even if you crash and burn, the foes you’ve dispatched still count towards your experience level. That said, the upgrades you’re given access to are randomised but it’s still an interesting and innovative touch.

Another clever touch is the way that your plane handles in a semi-realistic manner; it’s still a side-scrolling shoot ’em up rather than a flight simulator, but your turning speed (which can be upgraded) affects how quickly you’re able to evade other fighters. Likewise, you need to take care when approaching the ground. Not because of the tanks and other vehicles which will, inevitably, punch holes in your plane, but rather because you’re just as likely to overestimate your plane’s manoeuvrability and slam into the ground. There were many times I’d accomplished my mission only to shamefully prang my plane on the side of a cliff. 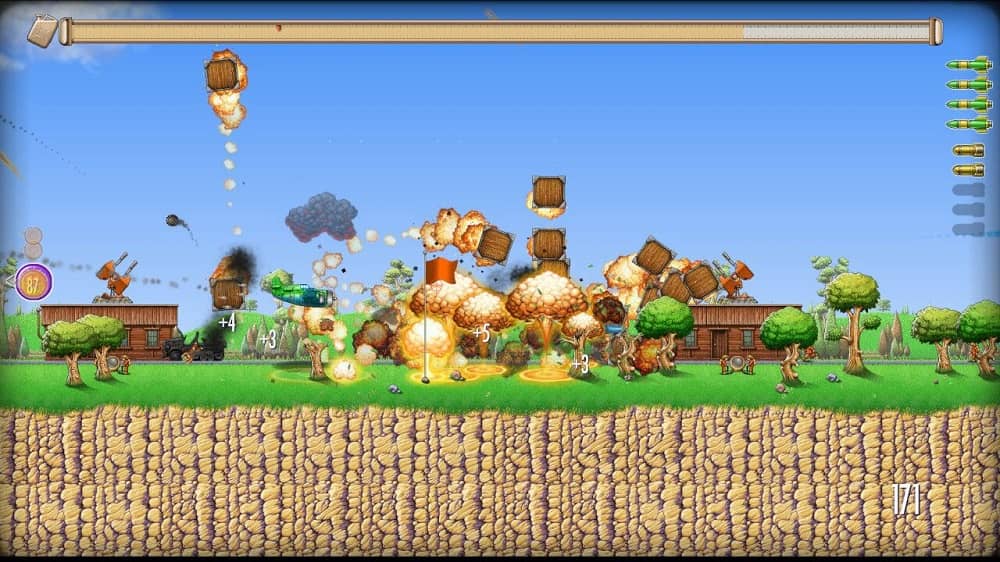 Once you get used to Rogue Ace’s controls, however, the game picks up. Strafing an enemy supply outpost (one of the mini-missions you’re randomly assigned) and then pulling away just in time to avoid a collision is a real rush. The same can be said for positioning yourself behind an enemy fighter and machine-gunning them into oblivion before swooping down and giving their comrades what for. The game’s appealing cartoony graphics add to its fun factor, as long as you try not to think about the huge number of letters home your mayhem will result in.

The game lacks a proper life meter forcing you to guess just how much damage you can take before you have to get your plane repaired at your base. One of the most fulfilling and tense moments you’ll experience playing Rogue Aces is when, overestimating your own durability, you have to limp back to base with multiple fighters in pursuit. Of course, there’ll be multiple occasions when you get shot down first but landing just as the enemy fighter swoop dejectedly overhead is a feeling you won’t soon forget. 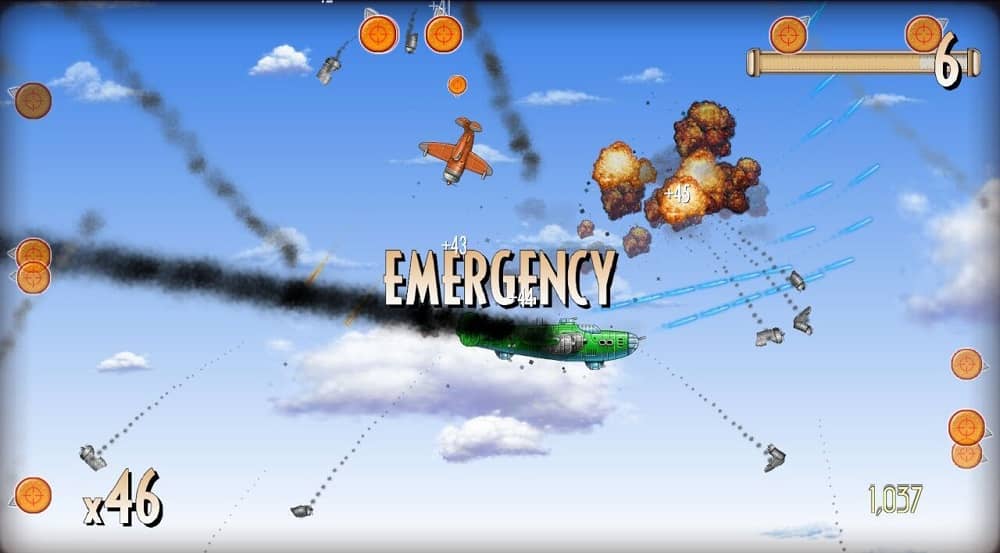 But, two or three hours in, Rogue Aces takes a nosedive. There are multiple game modes but the bulk of them, including the campaign modes which see you flying from island to island, become rather repetitive. You’re tasked with destroying a particular quota of buildings, vehicles and so forth but there’s rarely any real variety in terms of the foes you face. The game throws more and more enemies at you but the joy of a rogue game that is you face progressively stronger foes as you push onwards. Destroying a row of tanks for the fiftieth time doesn’t have quite the same appeal.

While having to land to fill up on bombs might be realistic, the constant to-ing and fro-ing between your ship and your targets becomes an exercise in tedium. And then, one island later, you’re doing exactly the same thing. Rogue Aces’ levels may be procedurally generated but that doesn’t automatically make them interesting.

Rogue Aces can be an entertaining blast and is sufficiently different from the competition to be worth a look. But its repetitive nature does it no favours and means it’s best taken in small doses.

Rogue Aces is available on PS4, PS Vita and Nintendo Switch. We reviewed the PS4 version.