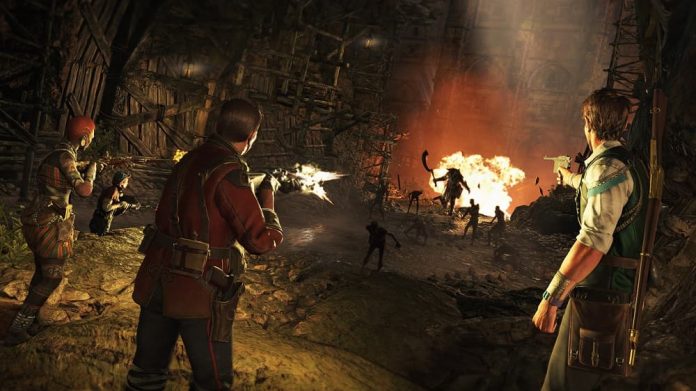 Before GameSpew was given life, both myself and Kim used to love a good co-op gaming session.

In fact, without our love of playing games like Borderlands 2 and Diablo 3 side-by-side, GameSpew might’ve never been born. But now it’s much harder to find time for serious co-op gaming sessions as we’re always so busy. For Rebellion’s upcoming Strange Brigade, however, I think we’ll make some time.

Zombie Army Trilogy was one of the last games we fought through together, and we had an absolute blast. Put simply, Strange Brigade is more of the same, only brighter, more colourful and faster paced. Additionally combat is more of an intimate affair, and there’s set to be a lot more enemy variety. In other words, it takes a great formula and makes it even better. 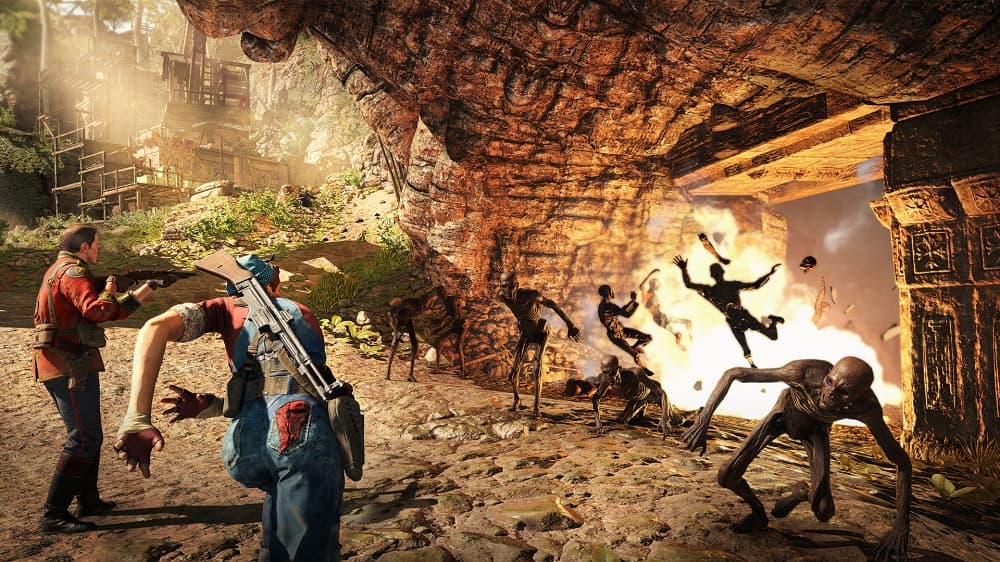 Bullet Through the Dead

We tried Strange Brigade at EGX Rezzed, working with another two players to blast hordes of the undead to smithereens. After selecting our characters, we confirmed our starting loadouts before heading into battle. Initially all we had to contend with were mummies, who lurched forward without a care into the world. We shot, punched and sliced them to bits.

Personally I started out with what appeared to be a bolt action rifle, but beginning to find it a little cumbersome when a giant Minotaur decided to enter the battle I switched to my more versatile machine gun. Filling enemies with bullets was only one way to deal with them though; melee attacks proved to be useful at close quarters, and shooting triggers which sprung life into traps littered across the environments was both effective and fun.

Mummy, I Found a Shotgun

After the first skirmish was won, we were able to explore the environment for a short while. While others smashed pots and collected what I imagine to be some form of currency, I pushed ahead and discovered a chest. I also took the opportunity to switch out my bolt-action rifle for a shotgun, which was a good move. As we all moved forward into the next area, it proved effective in dispatching groups of mummies with little effort.

To move to the final area we had to locate three three symbols, which after a bit of frantic exploration were lit up like a Christmas tree. Onwards into our final battle we went, and it proved to be a battle alright.

In our final area we not only encountered standard mummies, but also stronger variations. There were mummies that threw projectiles and nimble mummies wielding swords and shields, for example, and alongside them was the occasional Minotaur. The action got really heated, requiring us to make use of our special abilities and the dodge roll to keep out of harms way while dismissing as many enemies as we could. It was manic but performance was solid, and the responsive controls made everything enjoyably crazy. 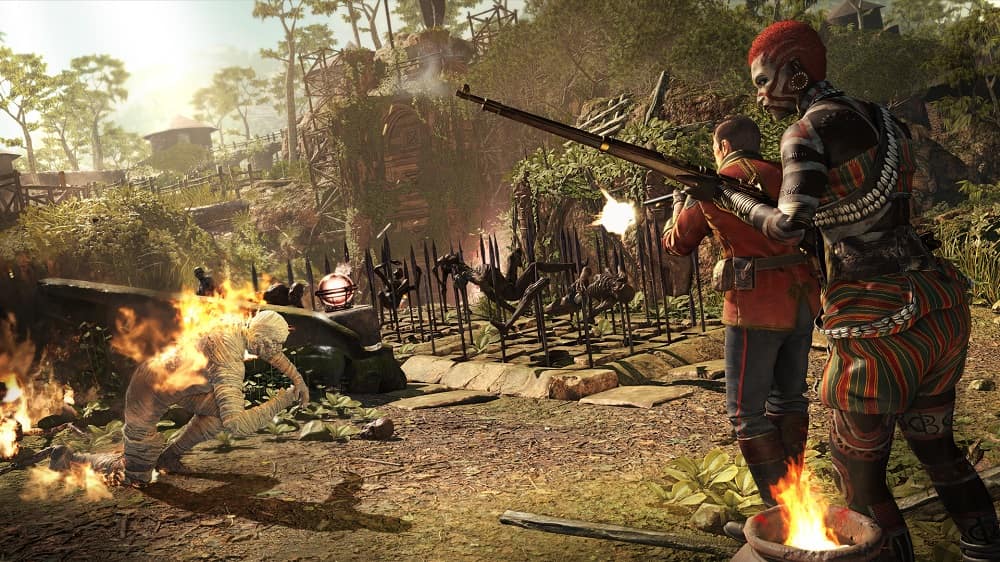 I enjoyed my short foray into Strange Brigade for a number of reasons. And while its pleasantly forceful weapons and hectic gameplay were two of them, its setting is what I’m most excited about. Moving away from the dark, murky environments of Zombie Army Trilogy, Rebellion has seemingly crafted a game full of detail and colour. Its mythological enemies have been wonderfully realised, and there’s a wicked sense of humour running throughout.

Strange Brigade is like co-starring in a ridiculous B movie, and I love B movies. That’s why, when it releases sometime in the near future, I know I’m going to be addicted to it. And I’ll drag Kim along for the ride. Although I doubt it will take much dragging as she was just as enamoured with it as me.